Some people communicate best in writing; others prefer to express themselves through dance.

“This is how we feel best to communicate what we feel; doing this is our way of communicating everything we feel to the world,” Wilkie explained.

Born and raised in Moorestown, Wilkie met her composing partner when they   attended Muhlenberg College in Allentown, Pennsylvania. Both are 23, and Kasler is from Maplewood.  They were music majors with the class of 2020 and generally ran in the same circles, but weren’t particularly close.

Both sing and were each in an a cappella group while in college. Wilkie is primarily a vocalist, but also knows how to play piano and a little guitar/ukulele. Kasler is a multi-instrumentalist and was trained classically on guitar for seven years. He plays a variety of other string/percussion instruments as well as piano and synth.

The pair were at a music department luncheon their sophomore year where  students were asked what they wanted to see from the department moving forward. Both Kasler and Wilkie stressed they wanted to see more companionship between the music and theater departments. It was at that luncheon, the two composers learned the other was also interested in making musical theater. A teacher encouraged them to join forces and write something together, so they did.

“Neither of us had written music together before. It was a total gamble,” Wilkie recalled.

Through their conversations, the duo learned they were both interested in filling voids in the current musical theater cannon. Kasler said there’s the hyper-stereotyped trope of gay, struggling characters in musical theater that they wanted to break the mold of. It was with this theme in mind that “Woven Stories”  was born.

Kasler and Wilkie initially wrote seven songs, each with their own story, but unified by themes of queerness, love, acceptance and self-love. Kasler said the pair tried to touch on various aspects of the queer experience, from coming out, wedding vows, two dads being approved for adoption and even one character trying to Googe her sexuality.

Kasler said the hope is that people learn something new about the queer experience, because these are storeis that are not always told. For members of the LGBTQIA+ community, the hope is a bit different.

“The goal is that at least for queer people; they feel seen in some way,” he added.

Kasler and Wilkie invited friends to help bring the songs to life and held a performance at Muhlenberg to seek feedback. The response was that the songs weren’t sad enough, so the composers added three songs to achieve a more  somber tone.

From there, they added more instruments and orchestrated the project more fully for a second performance that turned into a fundraising event. The pair created a Kickstarter page for people to donate, raising enough funds to turn “Woven Stories” into an album.

Love or hate the result, Kasler and Wilkie agree their overarching goal isn’t about having everyone enjoy it, so much as getting people thinking and feeling.

Now the goal is to expand beyond the composers’ immediate circle. They want other people to hear the music and are eager to get it out to the general public. Wilkie said the hope is for the music to help people — even if it’s just one person.

To learn more about Kasler and Wilkie and “Woven Stories,” visit their website at  kaslerandwilkie.com. 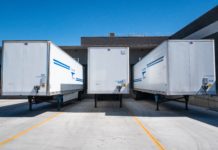 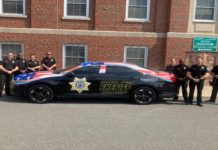 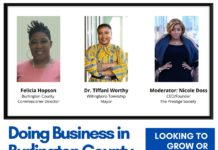 BurlCo to host How to Do Business forum