Cheatham plans to be constant voice for inclusion and equality. 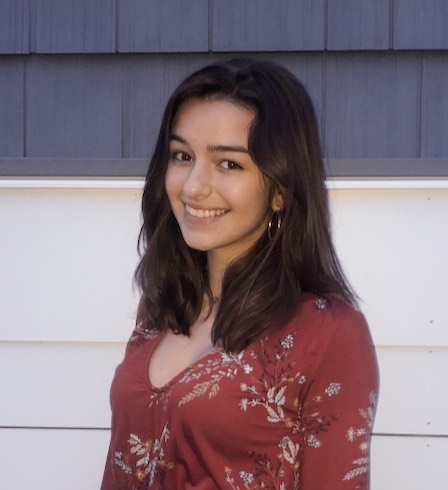 Back in the fall, Haddonfield Memorial High School junior and class president Lily Cheatham came face to face with the ugliness that can arise from broaching sensitive subjects like racial equality and social justice.

But despite some vocal opposition to the class of 2022’s decision to donate to Black Lives Matter, Cheatham persevered — with eventual backing from school administrators — and became the point person honored for fellow juniors who gathered more than $18,000 during the school’s spirit week.

For her role in securing that financial windfall, last month, Cheatham was named one of the winners of Widener University’s High School Leadership Awards. Over the last 10 years, the suburban Philadelphia school has recognized more than 1,300 students from the tri-state area, and in 2021, young men and women from 129 high schools were chosen.

“I continue to be amazed by the young leaders in the region, especially this year, as students have supported their communities in meaningful ways during the COVID-19 pandemic,” said Widener President Julie E. Wollman in a release that accompanied the announcement.

“At Widener, we empower our community of learners to discover and create better futures, and we are committed to core values of respect, integrity and excellence. These values directly align with the character traits demonstrated by our honorees. It is my pleasure to give Lily Cheatham this well-deserved recognition.”

Cheatham admitted the seeds of her charitable plan were planted about a month after George Floyd’s murder in Minneapolis, around the time her class vice president, Jada Eible Hargro, helped plan a rally through the center of town.

“I thought it would be best to give something back to express solidarity with the African American community. It was an emotional kind of undertaking, but a success in the end since we raised so much,” she noted.

Cheatham also admitted that once she realized not everyone in the community agreed with the cause, and saw how open some of the opposition was, it made her more motivated to give and more confident she was doing the right thing. Cheatham’s resolve was bolstered on March 26, when the event’s keynote speaker dropped pearls of wisdom that clearly resonated.

“It was super empowering. Going forward, I’m going to keep those sentiments, of being humble in your work but not being afraid to speak up, also not to speak ill of others, to lift them up and to ignore those who willingly stand in your path,” she added.

If Cheatham decides to enroll at Widener as an undergraduate, she’ll have the chance to take part in the university’s Apogee Leadership Scholars program and receive a $20,000 scholarship over four years.

Apogee Scholars receive four years of leadership programming and eventually earn a Widener Leadership Certificate. So it’s understandable that Widener would be on Cheatham’s radar, but she’s thinking more about Bethlehem, Pennsylvania, than Chester.

Cheatham plans to study international relations and wants to eventually dive into deep waters by examining the eternal Israeli-Palestinian conflict.

“Widener is definitely on the list because of the scholarship, but I haven’t really looked into the school yet,” she noted. “Of course I’m grateful for their opportunity. We’ll see where (my interest) takes me.”

In a year where so much was unexpected, and where flexibility and adaptability were  sorely needed as her high school moved from hybrid to virtual to greater in-class learning, Cheatham acknowledged the difficulties in getting her peers into the spirit of spirit week — or into the spirit of anything, for that matter.

She looks to her senior year and wants to stay the course, whether she’s elected to office or not.

“If I continue in student government, I plan to continue my efforts to promote racial justice and social equality, maybe keep the same charity or maybe pick another charity along the same lines,” Cheatham revealed. “Regardless of where I am, I don’t want to shift the focus.”

For more information on the Widener University High School Leadership Awards and to view a complete list of winners, visit: https://www.widener.edu/about/campus-community-resources/oskin-leadership-institute/high-school-leadership-awards.