Williamstown High School alumnus Brycen Pedrick wanted to prove that no matter what is going on in the world, anyone can achieve their goals.

Pedrick has been eager to earn his pilot’s license since he was a young boy. He graduated from Williamstown High School in 2019. Upon graduation, he was awarded with the Brigadier General Billy Mitchell Award and the Amelia Earhart Award from the Civil Air Patrol. This recognition secured his interest in becoming a pilot.

“My spark for aviation started when I was able to fly in my Uncle’s Beechcraft Baron on a trip that he took my brother and I on,” Pedrick explained in an email to The Sun. “Later on in life, I joined the Civil Air Patrol which further amplified my desire to fly. In my junior year of high school, I learned about the aviation program at SIUC and decided to look further into it.”

“The aviation flight program allows us to earn the certificates, ratings, and endorsements required in the commercial world and give us the knowledge and experience to operate in a wide variety of fields in aviation,” Pedrick said. “The aviation management program gives students the tools needed to operate in the complex and dynamic regulatory environment.”

In August 2019, Pedrick was eager to pursue his passion for aviation. The COVID-19 pandemic temporarily cut that dream short, when his training stalled until he could pick it up again in August 2020.

“I started my flight training in August 2019 and had advanced until the outbreak of COVID-19 in March during my spring break,” Pedrick explained. “The flight school had ceased operations due to safety concerns and did not reopen until late August of 2020. I nearly had to start training again from the ground up.”

Despite running into something unpredictable and sudden, Pedrick did not give up his passion or his education. A full year later he was finally able to continue pursuing his dreams. Pedrick passed his practical test on Feb. 5, and is now starting on a commercial time building course and is planning to begin instrument flight training in the fall.

Pedrick’s father, Edward, is proud of his son’s accomplishments, especially considering the difficulties set before him.

“I would like people to know that Brycen never once thought of being denied his dreams and goals,” Edward said via email. “He was met with many delays and constant rescheduling as a result of the pandemic. He was frustrated many times … I always told Brycen that the term ‘perseverance’ is one of the most powerful and most meaningful during challenging times.”

Upon graduation, Pedrick will have earned all the certifications required to begin working as a Certified Flight Instructor. These certifications will allow him to look for a job in his field anywhere in the country.

Although the future is never certain – a lesson Pedrick certainly learned over the past year – Pedrick has an idea of what he wants his future to look like.

“I plan on staying with SIU to instruct until I have adequate experience to apply for the Restricted Air Transport Pilot Certificate (R-ATP) and begin working as a First Officer at a regional airline such as Mesa, Envoy, Express Jet, etc.,” Pedrick wrote. “However, my plans may change over time.” 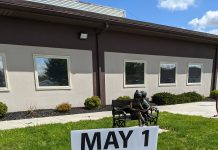 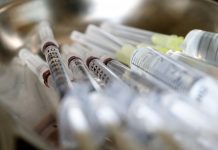 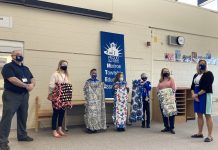