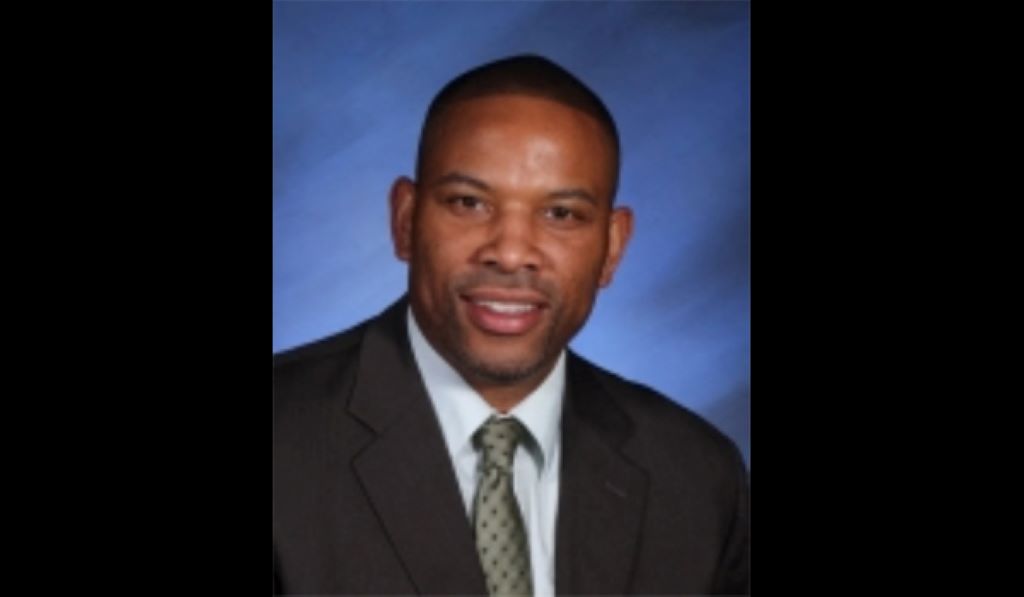 Dr. Kwame Morton left New York City about 15 years ago. It was a place he had called home his entire life before he moved to New Jersey with his wife and children.

The family had left his community — something more akin to a family — in pursuit of better educational opportunities for the Morton children.They wondered if they would have that same sense of community and kinship in their new home. Morton is confident they found it in Cherry Hill. As he paused to read the applications for principal of the year that his colleagues submitted on his behalf, he admitted their kind words brought tears to his eyes and solidified the fact he’d found just as close-knit a home in the township.

The son of an educator, Morton credits his mother with inspiring him to get into the education field. His parents were native New Yorkers, and as he grew up in Brooklyn, his mother was earning her degree in elementary education, while his father sought a degree in sociology. Morton’s mother and father were still quite young at 23-years-old each when they had him, so their son feels like he grew up with them in many respects.

When Sandra Morton began her on-site student teaching work, her son was intrigued. When she became a full-fledged teacher, Morton found himself helping her grade papers or going on trips with her class.Sandra became a prominent figure in the community, with students swinging by the family’s house to say hello as she developed strong relationships with her students and their parents.

“She made it somewhat glamorous in many respects to serve as an educator and to  serve the community,” her son said.

Morton decided to follow his mother’s lead and pursued his own degree in education. When he was teaching at Public School 288 in Brooklyn, he  attracted attention.The likes of Rudy Crew, chancellor of the New York City Department of Education, and Randi Weingarten, president of the American Federation of Teachers (AFT) union, began observing Morton’s classroom.

After about four years at the Brooklyn school, Morton was contacted by his superintendent, Donald Weber, about an opportunity. There was an upcoming opening for an assistant principal at Public School 188, and administrators  wanted someone with community connections and resources to fill it: They wanted Morton. After earning his certifications, Morton assumed his new role.

Morton and his wife eventually made the decision to leave New York and seek a better quality of life for their seven children (today they have 10). His spouse is from Western Pennsylvania, so the couple were looking for a centrally located place between their two families. They made their way to South Jersey.

“It’s one of the greatest decisions I’ve ever made in my life,” Morton said.

He worked as an assistant principal and principal in the school district of Philadelphia before moving to Joyce Kilmer Elementary School in Cherry Hill where he would serve as principal. In 2013, Morton was named principal of  West, a role he took over from current Superintendent Joseph Meloche.

“It was a major moment for me to have that opportunity,” he recalled.

Morton said he’s been grateful for every day spent interacting with students, and it never gets old. The end of each year is bittersweet for him, as West says goodbye to a group of students moving on to the next stage of their lives, but it’s also exciting to welcome new students with new needs. Morton said helping students actualize their dreams is the most rewarding part of the job.

“I wake up every day, and I’m truly excited to go to work,” he noted.

Morton admits the last year has been the most challenging of his career because of the pandemic. Many of the issues and challenges students face are typically addressed in person, but COVID has resulted in different ways to reach them.

Despite the challenges, Morton is proud of how his staff has risen to the challenge. He walks around the building each day and sees teachers finding innovative ways to teach.

“That makes me proud, to work with people who don’t just throw in the towel,” he said.

Morton was taken aback when he learned about his principal of the year distinctions. He was nominated by Meloche and Assistant Principal Allison Staffin, and was deeply touched to read their accounts of his leadership.

Morton will  assume his new position as assistant superintendent in the fall. He admits when he saw the job posting for the principal position at West, he felt a bit of a pit in his stomach as he realized he’d be taking one step away from the people with whom he’s spent the last several years working.

But it’s not goodbye. Morton acknowledged that he’s learned something from his time at every school to bring with him into his new leadership position.

“I take all of those experiences,” he observed. “I take all those people with me as I  move into the next role.”