Gov. Phil Murphy signed a historic piece of legislation on Feb. 22 that legalized the adult use of cannabis and decriminalized marijuana possession in small amounts, something promised since his 2018 campaign.

Though recreational marijuana is legal in New Jersey, local municipalities still have a say in whether or not they will have dispensaries or grow facilities, and a governing body can adopt an ordinance to exclude both.

“The league of municipalities has provided a prototypical ordinance; we just need to fill in the blanks,” Palmyra Solicitor Ted Rosenberg said. “Cultivation may not be as much of a problem because we don’t have perhaps the necessary space. Nonetheless, we have the Route 73 south redevelopment area, and you may or may not want to grab the bull by the horns and specifically exclude it rather than just rely upon general language in the redevelopment plan.”

Because marijuana is legal in the state, council doesn’t need to adopt an ordinance in support of the governor’s law; by doing nothing officials will be compliant for five years according to Rosenberg.

“The real question will be retail distribution, so the governing body is going to have to think long and hard whether or not we wish to permit the retail sale of marijuana and marijuana paraphernalia within our borders,” he explained. “And again, to do nothing simply allows by default the use to be permitted for a period of five years,”

According to Mayor Gina Tait, council has 180 days to adopt an ordinance, which in theory gives it until August to make a decision on how to handle the cannabis situation.

“We really need to look at this and decide what we want to do,” the mayor said. “It’s in everyone’s packet. Please take the time to read it, because it’s very interesting and I would love to hear what you think.”

Though Aug. is still five months away, Rosenberg has a sense of urgency.

“I’d request to start to tackle this for the first caucus meeting in April,” he said. “It might take a few meetings to firm up our position,”

No action was taken on the matter. 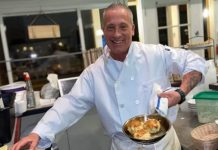 McGaurn dedicated to giving everything he’s got 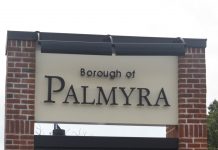 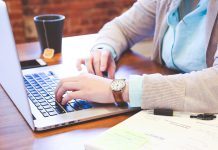 Virtual town hall a chance to engage with politician