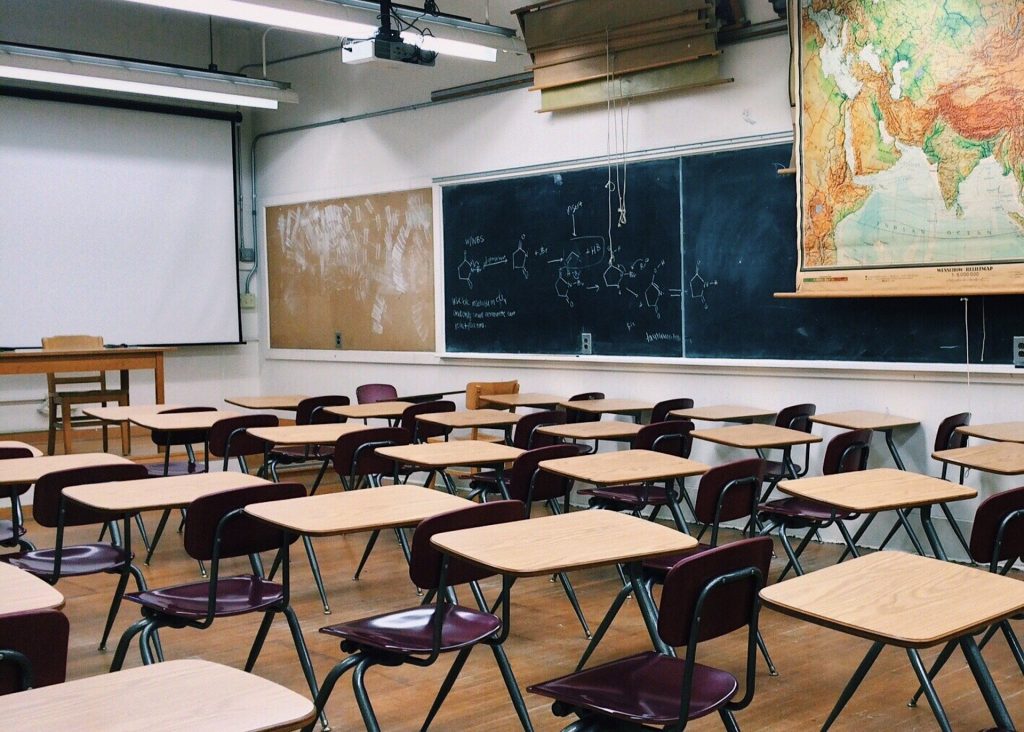 The community has spoken, and the majority of Moorestown residents want their students back in school five days a week.

That’s the result of a family survey that showed a majority of parents and guardians in favor of the return to in person schooling. For that reason, the school board asked at its March 16 meeting that the district present a plan for a five day return for grades four through 12. Kindergarten through third grade students are already scheduled to return to five day instruction on March 22.

Given that the district will have to combine two cohorts of pupils, the plan is to distance them 5 feet apart in the classroom rather than the Centers for Disease Control and Prevention’s recommended 6 feet.

For that reason, administrators asked the board to consider having students utilize an additional mitigation measure against COVID rather than just a single mask. Proposed options included face shields, double masking, goggles and Plexiglass barriers. But after much discussion, the board decided to forego additional measures in favor of the current face coverings policy.

“From the beginning, it’s been my belief that of our reentry committee, and until recently, the majority position of the board to utilize public-health guidance from the CDC and the department of health as the cornerstone of our plans,” said Superintendent Scott McCartney. “One of those tenants has been maintaining a minimum of 6 foot social distancing.”
McCartney noted that districts that have implemented five day, in person schooling have been able to maintain social distance due to low enrollment or excess capacity. Many of those  schools have utilized Plexiglass barriers, but given costs and other factors, officials determined that other mitigation methods could be more cost effective. To offset the reduction in social distancing, the board has been asked to consider requiring one of the following options: double masking; protective eyewear with a face mask; face shield with a face mask; and, for students who are medically fragile and unable to wear multiple layers, Plexiglass barriers.

Susan Powell, principal of the Upper Elementary School, explained that after the board approves the plan, McCartney will submit it to the state Department of Education for review. The target date to return students to five days would be April 19.

“We are excited about having our students back five days a week,” Powell said. “It will not be without its challenges.”

Matthew Keith, principal at William Allen Middle School, explained that for families who have chosen in person instruction, the black and yellow cohorts will be combined. Most classrooms will have between 16 and 20 students, depending on how many desks can be spaced in a room at 5 feet apart.

When a classroom reaches its threshold, students will be assigned to a satellite overflow room,  where they will log on to a computer for synchronous instruction. Students will be rotated in and out of the satellite room on a period-by-period basis. The rooms will be monitored by paraprofessionals or substitute teachers.

Because instruction was not synchronous at Upper Elementary, students switching from in person to choice or vice versa will have a change in teacher. Powell said every effort will be made to keep students with their current teachers if they are not changing learning models.

Board members David Weinstein, Mark Villanueva and Jack Fairchild all opined that they did not think a second layer of personal protective equipment (PPE) was necessary. Fairchild questioned how goggles, double masking, face shields and Plexiglass were given equal weight as secondary options.

“They’re  not equivalent to each other in my mind; I don’t see how two masks compare to a face shield or Plexiglass,” he said.

McCartney responded that each measure was not intended to be equivalent but rather an  opportunity to further mitigate the spread of COVID.

The school board ultimately approved the return to five day instruction without requiring additional mitigation measures.