Eric Strouse, a senior at Gloucester County Institute of Technology in Sewell who is a newly minted Eagle Scout, tackled a project that would make most adults think twice about spending time and effort.

Strouse decided to go for it and earn his promotion early last year, planning the full rehabilitation of a neglected ball field at Almonesson Creek Park.

“Our Scout troop routinely went there to play softball, but it was never maintained. It was an area with a backstop, but not really a true field,” Strouse said in a March 3 conversation with the Sun.

“I wanted to turn it into a place where little leaguers and neighborhood kids could play.”

The pandemic slowed, but did not deter, the undertaking. Strouse revealed the start of the rehab was to take place in April, and everything finished by summer. Taking the necessary precautions meant the field wasn’t finished until the start of the current school year, the weekend after Labor Day.

Strouse estimated that from the time the idea was hatched, it took six to seven months to gather the materials, plan the dimensions and take care of the grounds. The actual work, he noted, with about 25 to 30 volunteers, took a total of two-and-a-half to three days, with labor lasting roughly six to eight hours a day.

“So many people gave up their time to complete this project. It was amazing we got it done in so little time,” Strouse said.

The field is ready now and open to all who want to use it, provided they clear it with the township first. March may be a little too early for diamond dreams, but hitting season is right around the corner.

For Strouse, the field was the culmination of a journey in Scouts that began when he was in first grade as a Cub Scout. He started with Pack 62 in Deptford and moved up to Troop 62 once he was old enough for Boy Scouts.

Strouse’s father, for whom he was named, was involved in the same troop when he was younger, but the pull of the gridiron in high school proved too strong.

“Since my kids got involved, I always regretted not finishing, and I’m super proud my kids will get to finish and for Eric to finish like this,” the elder Strouse said proudly.

Kyle Knowles provided assistance to Strouse at the ball field, but was busy with his own Eagle Scout project. The 17-year-old junior at GCIT decided to devote his time to a new schoolyard game called Gaga.

“In order to play, you’re inside a wooden enclosure which looks a lot like an octagon. It’s popular with elementary-school kids, and it’s also popular with Scouts,” he explained.

Knowles centered his work at Good Intent Elementary School, within a stone’s throw of the Route 55 Expressway. Another proposal that took months from conception to completion, he estimated the planning stage lasted 40 hours ahead of actual construction time, requiring  about  eight hours of physical work.

Like Strouse, Knowles started early as a Cub Scout with Pack 62 and worked his way through. In the transition to Boy Scouts, promotion is achieved through ranking instead of age and advancement depends on fulfilling certain requirements, including merit badges. Attaining the rank of Eagle requires more hard work, dedication, at least 11 badges and completion of a final project.

For the pair of young men, attaining the rank of Eagle Scout marks the end of one phase of service, before a transition to the next level as an adult.

“After you turn 18, there’s no more advancement; you can apply to be a troop leader or merit badge counselor, Knowles revealed. “There’s a history of scouts returning to their old troops to guide the younger generation.”

Both Strouse and Knowles want to stay local for college, with each planning to attend Rowan University in Glassboro. The former wants to study environmental engineering and the latter is aiming for mechanical engineering. 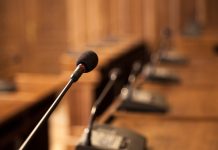 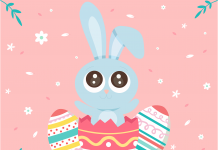