From late summer, Haddonfield School District Superintendent Chuck Klaus has always maintained his goal was to return students across the district’s five institutions to as much in person instruction as would be allowed, and to do so as soon as it was safe.

On March 1, the first step to Phase 2 commenced, when young pupils from kindergarten through second grade at Central, Haddon and Tatem elementary schools began their first day of an expected four days a week on location. Klaus previewed the move at the board of education’s monthly public meeting on Feb. 26.

“We were watching numbers and trying to predict when they’d be down, and they were down halfway through February. We didn’t want to pick early and push things back,” Klaus said to the Sun on March 2.

“We felt comfortable enough to do this now, and we felt it was important to pick a date, because when you finally put it down on paper, you are more focused on working towards it.”

The district planned for, and embraced, a hybrid model of virtual and in-school learning from opening day in September. It had to endure several returns to all-virtual instruction at the elementary, middle and high school levels as county-based COVID numbers spiked through late fall and early winter.

From the start, there was a vocal minority who favored five day, in person learning. Even now, six months from the start of the school year, it appears even the most cautious parents are eager to see their children back among their peers.

During his presentation, Klaus revealed that a survey of K-2 parents showed 93 percent  favored in person instruction and 6 percent favored fully remote learning.

In the days leading up to the implementation of the four day plan, including the return day,  Camden County reported 356 confirmed cases of COVID. On the day of the Sun’s conversation with Klaus, the county reported 10 deaths — including one of a Haddonfield woman in her 70s — along with 127 new cases and none from the borough. As of March 1, Haddonfield recorded 505 confirmed COVID cases.

According to County Commissioner Louis Cappelli Jr., CamCo also logged more than 70,000 vaccinations of residents as of March 1. The COVID infection rate was .87, and the positivity rate stood at 7.2 percent.

Klaus said the decision to start at the lower elementary level was based on the fact that there was a lower number of cases in the K-2 set over time, as opposed to the upper elementary grades three-to-five set. The district won’t make any further distinction on March 15, when, all at once, grades three through 12 are expected back to campus for four-day weeks.

But the administrative team is not done with discussions about trying for five days of in-school instruction by June.

“We are always looking and pushing and exploring to see what it would take to be back all five  days,” Klaus noted. “We meet multiple times a week trying to discuss how to do it thoughtfully. As always, lunches are very challenging. Having five lunches a day just to space everyone out is way too much, at any point.”

The topic of what to do on Wednesday has been constantly bandied about. Even with the move from three to four days in person, it remains the one day in the week all schools are virtual. That might change, depending on ever-evolving circumstances.

“We’re still looking to do things differently on Wednesdays,” Klaus added. “That’s the day we’ve set aside instruction for full virtual, so if conditions change for better or worse, we have to revisit what that will look like and adjust accordingly.”

Pandemic-weary families seemed to have warmed up to the plan. Klaus said that feedback over the course of two days had been overwhelmingly positive. During dismissal time at Central on day one, the bond between students and teachers, teachers and parents, and students themselves was evident. Hugs and high-fives abounded.

Klaus offered that any negative feedback was centered around parents who urge high levels of caution, rather than concrete complaints that the district is headed in the wrong direction. 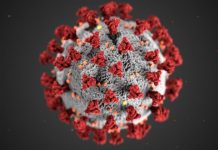 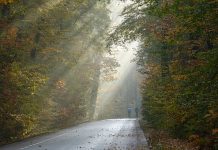