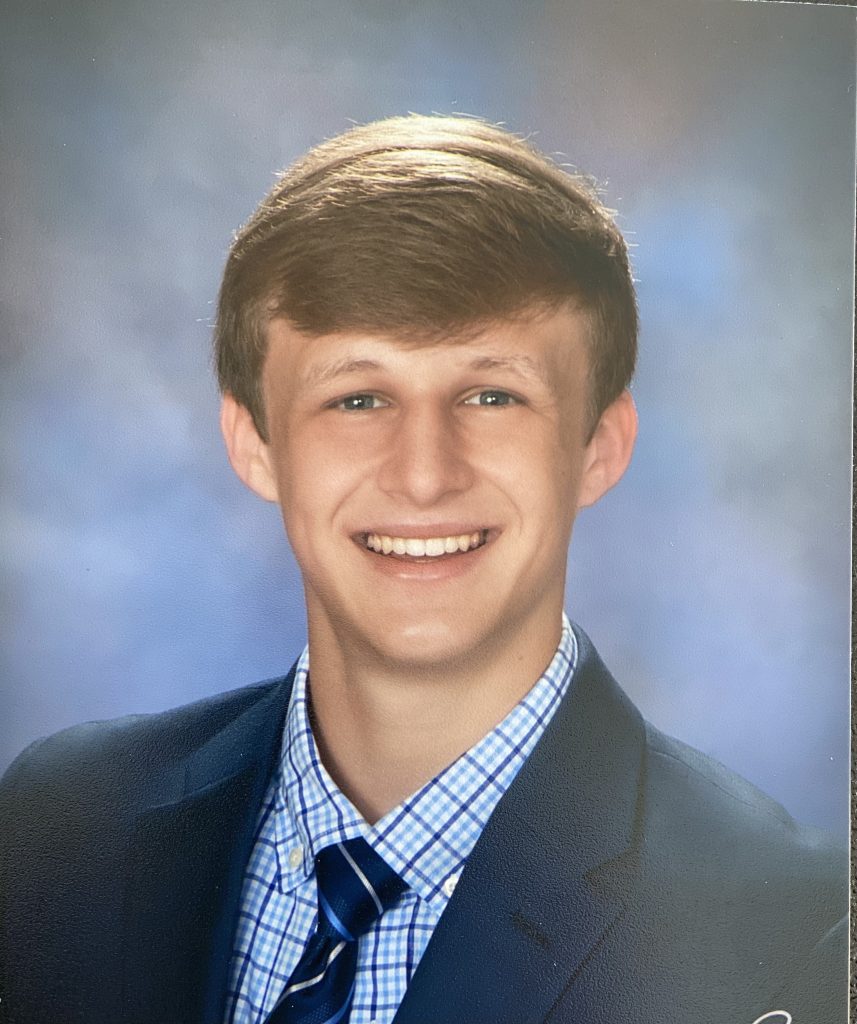 You can’t stop Sully Norton. You can only hope to contain him.

Taking full advantage of the Presidents Day holiday weekend, the Haddonfield Memorial High School senior tackled not one, but two separate service projects with the extra two days off allotted by the district.

The Villanova-bound local had already put in time and effort with his original service project to help Broad Street Ministries be worthy of recognition, but he ended up with two more things to speak about when the Sun finally caught up with him on Feb. 16.

The first was a regular old National Honor Society requirement to achieve the mandated minimum of 30 hours during the school year. But the second was something more timely and meaningful that also benefits BSM — helping craft and sell Valentine’s Day eCards for families whose contacts with each other were limited by COVID-19 restrictions.

“It was an abrupt thing that my mom thought of on the spur of the moment,”  Norton revealed. “We had the idea a while ago, but I didn’t see how we could do it because I’m not artistic at all, can’t draw or sing.”

Instead, he contacted four HMHS alums for help: Matt Eyles, Banks Sapnar, Will Tully and Antony Post. The group chose the song to be played, “Close to You” by The Carpenters, and made the video for Norton in the space of a week.

“It’s a play on COVID and how nobody can actually be close to anyone due to the virus,” he noted.

Interested parties would buy the eCards for $10 each, but because of the nature of the project, Norton added, many people who purchased them donated more money than necessary. Norton estimated that from 30 or so cards sold, the endeavor netted about $400.

Back to the primary reason for Norton’s outreach.

Prevented by COVID from embarking on a yearly mission trip to a different part of the world through First Presbyterian Church, he wanted to bring some of that spirit home. BSM was an easy choice. Its organization, located just south of Philadelphia’s City Hall, is headed by Pastor Laura Colee, who previously served in a similar role at the house of worship.

“I thought of donating money to BSM to fund a meal, and to purchase additional storage units for their heavy amount of mail,” Norton offered. Instead, a group dubbed HMHS Teens Making a Difference, Norton principal among them, offered to build BSM a storage space within its building.

“We bought four storage shelves and built them right inside,” he continued. “I had the help of two of my friends, who helped spread the word on their Twitter account for their lawn-service business. We raked all throughout the fall.”

An email dated Jan. 24 reported that the above project managed to deliver more than  $2,700 to feed BSM clients. That worked out to meals for roughly 400 people. Add the recent Valentine’s spoils and the total ballooned north of $3,000.

“And we have plans to serve them at some point, COVID vaccine and number of cases permitting,” Norton said. “We’re looking to do that in the spring, but with lacrosse season approaching, too, it will be something for discussion.”

Norton credits fellow mission-trip participant Jack O’Malley for providing inspiration, as well as the Cheatham family. He plans to pass the baton to younger brother, Brady, an HMHS sophomore, when he heads to Villanova in September.

An early-admission Wildcat — who was also interested in Fordham University and the University of Delaware — Norton plans to study biology. He looks  forward to the academic and service opportunities that attracted him to the Main Line school.

“One of the things which caught my attention was that ‘Nova has specific days geared toward volunteering, where the whole school becomes involved,” Norton stated.

“I can’t wait to see what that has in store.”