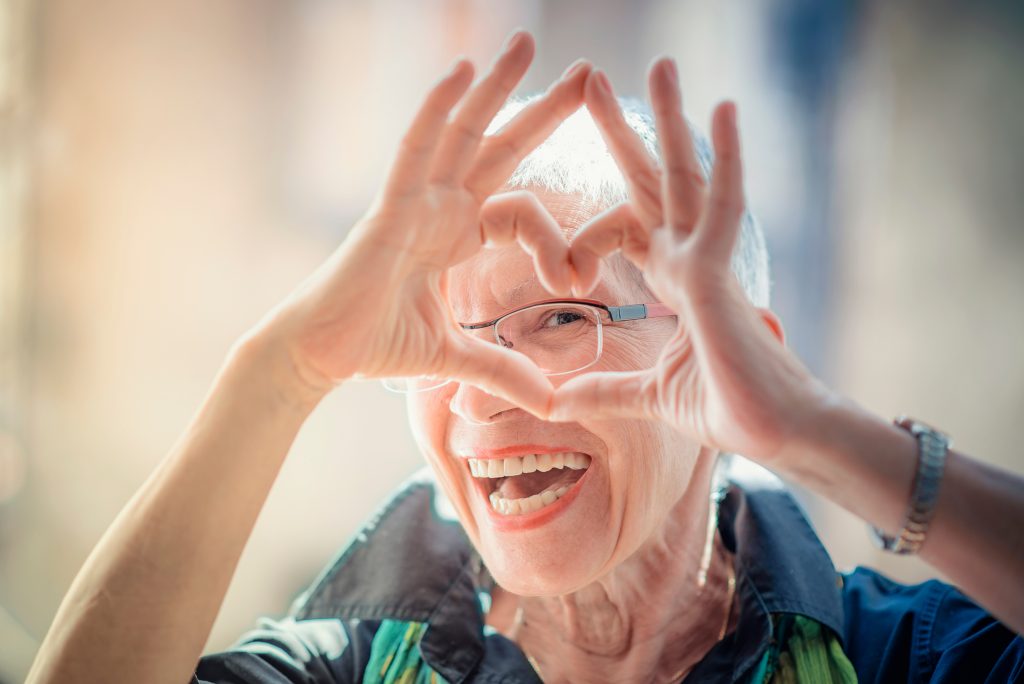 When her late parents were both cared for at Wynwood Rehabilitation and Healthcare Center, Mimi Cirillo got into the habit of regular visits. it was a tradition she continued after her parents were gone, and on one of those visits, she heard the Cinnaminson facility was in need of gloves.

“I come every Sunday,” Cirillo recalled telling the staff. “Why don’t you just tell me what you need and I’ll try to bring some?”

Because of COVID and its impact on both the residents and staff at senior facilities, Cirillo’s seemingly small gesture grew into a concerted effort to provide Wynwood residents – as well as those at Barclays Rehabilitation and Health Care Center and Riverview Estates in Riverton – with regular outreach amid quarantine isolation.

CinDel ‘C’enior Connect was established on Facebook to help organize those efforts.

“I kind of started it without realizing I started it,” Cirillo said with a laugh. “I reached out for help.”

And help she got, with the group now nearing 300 members. The goal is to provide these seniors, who no longer have visitors and may not even have someone to chat with on the phone, with seasonal gifts or activities. For instance, for their first project in November, the group collected 200 hats to donate. This month, more than 300 seniors received a Valentine, artificial flower and candy. Next month is a March Madness theme, with the group collecting items to mentally stimulate the seniors, such as activity books, playing cards and puzzles.

“It’s amazing to see how wonderful this community is,” Cirillo said. “This need was sort of identified for us, and now it’s helping (the seniors). And what’s really interesting, I’m finding, is it’s helping the people who are the givers, too.”

One volunteer who contacted Cirillo said her father who lives with her had a stroke and has difficulty being active since he’s confined to the house. He wanted to help. Could he count Valentines? Write letters?

“This is helping everybody,” Cirillo said. “There are little pockets of help blossoming from this. It’s incredible.”

After seeing what the group was doing for Wynwood, Riverview Estates reached out. Then it was Barclays. Most recently, Premier Cadbury At Cherry Hill contacted the group, although they are still ironing out the details to support those seniors.

“I realized, oh my gosh, this is a living, breathing force of energy here that’s helping the community. It didn’t start that way, but it grew that way,” Cirillo said.

Cirillo is quick to credit others for the effort – if it weren’t for all of the volunteers, CinDel ‘C’enior Connect wouldn’t have grown that way it has – and is excited one of the volunteers is in the process of creating an official website for the group, launching on March 1. The website will be “all encompassing,” with facts and answers to frequently asked questions, as well as a questionnaire for potential volunteers to fill out.

Right now, Cirillo is hoping they can start reaching more seniors who are not at facilities, but homebound at home. One volunteer has been contacting local houses of worship to see if they can help connect them. CinDel ‘C’enior Connect wants to support anyone in need.

In the future – once COVID hopefully becomes a distant memory – Cirillo also hopes the group will be able to have more active roles in lifting seniors’ spirits. Right now, all items are dropped off and distributed by the “wonderful” staffs, Cirillo explained. They hope to eventually pass out items themselves, and also have visiting days. Establishing phone pals in the interim is an idea in the works, too.

“This is not about me. This is about an incredible number of people in the community. These people are great,” Cirillo said.

For those interested in learning more, call Cirillo at (609) 238-6944 or find the group on Facebook by searching CinDel ‘C’enior Connect.