Monroe Township Middle School will lose its beloved Principal Dana Mericle on  Jan. 29, after her 41 years of service to the school district.

“It’s very bittersweet; I have been doing a lot of crying lately,” she said. “I’m going to miss my place here, my position and the friends I have made and the relationships.”

Mericle has served as a teacher, assistant principal and principal in the school district since graduating from college in 1980. The career had not always been her dream, but it turned out to be her calling.

“I thought about the fact that, when you are teaching, you have to have a captive audience every day and you have to find a way to keep your audience engaged,” she added. “And I always loved children. I think that’s what took me to teaching.”

Mericle has had her hands in many aspects of the school district throughout her career in education. She began teaching third grade, then moved to the sixth and fifth grades for 18 years at Radix Elementary School. After her teaching success, Mericle was offered an assistant principal position at the Monroe Township Middle School, which she held for 12 years before becoming principal.

“I was a little nervous about going to the middle school because it has a label attached to it,” Mericle noted. “But in my opinion, there is no better age to work with.”

Throughout her years as principal, there are many things Mericle has accomplished that make her proud. As principal of the middle school, she brought in a TV studio so students could record and produce their own morning announcement shows, and  created a theatre program for students to discover a love for acting that she shared. Another proud accomplishment was her work with anti-bullying programs.

“We have done an incredible job of taking the (theatre program) from its initial stages to one of the best middle school theatre programs in the area,” Mericle said. “We started challenge day, which is an initiative that teaches children about diversity and respect.”

Although Mericle is excited for retirement, she took time to reminisce on all the connections and memories she made during her time in the Monroe Township School District.

“I loved being able to touch so many lives,” she acknowledged. “Just the relationships with the children and their parents and the connections I have made with co-workers.

“The whole thing has been rewarding and memorable.”

Mericle looks forward after retirement to the birth of a new grandchild in February, from her daughter, Alyssa Cartwright, as well as spending quality time with her youngest daughter Ashlee Mericle and her husband Michael Mericle. 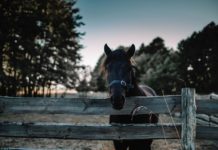