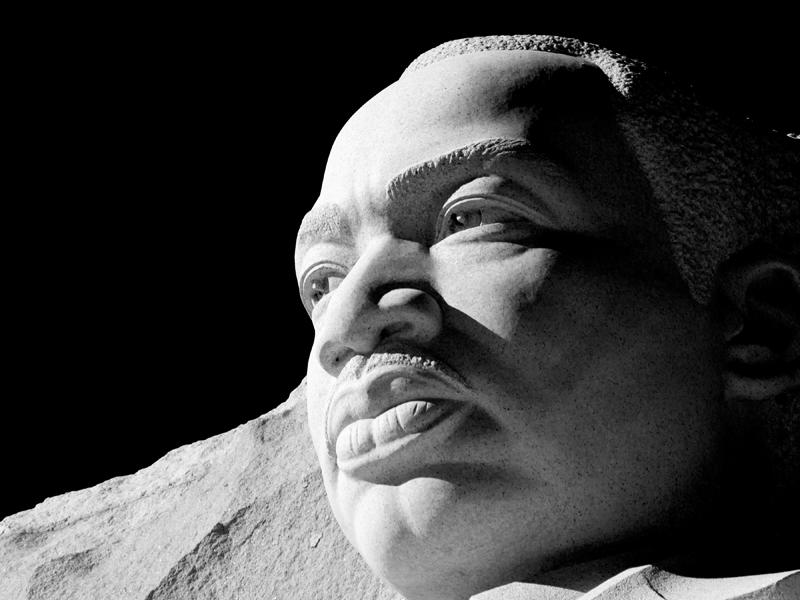 For the first time in its 20-year history, the Camden County MLK Freedom Medal Ceremony was not a triumphal evening where hundreds of family and friends of each recipient had a chance to hobnob in person with county political leaders and bask in the glow of the honor.

In yet another concession to the ongoing pandemic, the Jan. 18 ceremony was fully virtual, with the 12 citizens selected for 2021 awards hailed by Commissioner Jonathan Young Sr. and Congressman Donald Norcross.

“We are honored to recognize these exemplary citizens, who have demonstrated significant contributions in community service through courage, peace and enrichment,” Young said. “All of these individuals, like Dr. King, put service before self.”

Of the 12 honorees, five were chosen from Cherry Hill.

BookSmiles Founder/Executive Director Larry Abrams launched his program in 2016, and since then, has seen almost a quarter of a million children’s books distributed throughout the region. Abrams, a high school English teacher, has found his calling in empowering fellow educators and children through literacy and the betterment of the community.

“I am thrilled and honored to receive the freedom medal,” he said. “This will help amplify BookSmiles’ message, encouraging people to share book wealth by donating gently used children’s books.This helps us irrigate book deserts in South Jersey and Philadelphia and place books in the hands and homes of tens of thousands of children in need.”

Jennifer Lewis-Hall is an active member of the Cherry Hill African Civic Association and established the Arthur & Evelyn Lewis Trailblazer Award in 2018 to recognize scholarship applicants who have given back to their community.

“When I was growing up and attending events with my parents, I had the opportunity to briefly meet two members of the King Family, Dr. Martin Luther King Sr. in Atlanta, and separately, Mrs. Coretta Scott King at a women’s conference,” she recalled. “Both are experiences I’ll never, ever forget.

“Receiving this medal reminds me of the shoulders on which I stand, and to stay the course of community service.”

Sue Quinn-Morris and Dr. Ken Hartman have devoted years of service to activities related to, and on behalf of, members of the United States military and its veterans.

The former has been active online, beginning with the Patriot Connections site in 2009 and extending to managing websites and social media for various organizations such as Stand Down of South Jersey, Jewish War Veterans, FOP Cherry Hill, Marine Corps Law Enforcement Foundation Philadelphia and Philadelphia Veterans Parade.

Hartman founded Our Community Salutes, a nonprofit started in 2009 to  recognize and honor graduating high school seniors who plan to enlist into the military immediately after graduation.

In comments introducing both winners, County Commissioner Melinda Kane hailed Quinn-Morris for her hard work and dedication to the veterans of Camden County, and recognized Hartman for “bringing recognition to the bravest of our citizens.”

“I’m honored to accept this award on behalf of the 1 percent of all high school seniors who enlist in the military following graduation, so that all Americans, including their fellow classmates,  have the freedom to pursue their dreams,” Hartman said.

Quinn-Morris added, “Probably the most special (project) to me is the Dog Tag Project. I have four collections of dog tags from Vietnam, and the mission is to return them to the veterans they belong to, or their families, if that veteran is deceased.”

Chris Bruner is president and CEO of two local businesses. Since the intrusion of COVID-19, Bruner and his wife have taken an active role in getting groceries to those in need. The two transformed their home into a command center, working out the logistics of distributing groceries, toiletries, and other items for those who were wary about shopping in the pandemic environment.

“It’s certainly an honor to be recognized, and more important than being personally recognized, it highlights there’s a need in the community to help all of our underserved populations,” Bruner noted.

Norcross implored the winners — and all who may be influenced by them — to realize that it is always time to stand up for what is right, and remember not only the words of Dr. King, but also his actions.

“In the face of hatred and violence, Dr. King’s peaceful protests and powerful deeds created meaningful change and have inspired generations throughout the world,” he added.

“This year, more than ever, we must honor Dr. King by continuing his fight for a just society and equality for all.”

For full remarks from all involved with the ceremony, visit the county website at: https://www.camdencounty.com/2021-camden-county-freedom-ceremony/.