Disagreements among Monroe Township school board members at their March 11 meeting resulted in the tabling of a new budget and a lingering uncertainty. Board President Frederick Powell resigned during the meeting and Dr. Richard Perry, superintendent of schools, was voted out by a majority of the board. Before he was voted out, Perry provided an update on the district’s current financial standing. “There is $2.7 million more in state aid this year than last year,” he said. “The Monroe Township School district is still short $12 million a year. We are $7 million under our adequacy spending.”

“We’re trying not to cut staff,” said Business Administrator and Board Secretary Lisa Schulz. “This budget allows us to maintain all of our programs.” A key topic during the public forum portion of the meeting was implementation of full-day kindergarten in September.

The board’s April meeting included a few contentious moments as residents expressed their displeasure with personnel changes for the 2020-’21 school year and board members debated a proposed change regarding evening off-campus school events such as prom.  The board unanimously approved the transfer of six assistant principals to different buildings, effective July 1.With the board meeting held virtually due to the pandemic, residents were asked to submit public comments through a form on the school district website. The board also approved a new interim superintendent, Thomas Coleman, at a per diem rate of $625.

As of May, there was no shortage of new projects and initiatives in the 2020-’21 Monroe schools budget. With the district receiving a large grant in state aid, Schulz said it plans to take advantage of that with additional staff, a slew of capital projects and the introduction of full-day kindergarten. The board unanimously adopted a budget at a recent meeting that totals $109,068,071, a 4.71 percent increase from last year. Thanks to the increase in state aid and use of the district’s fund balance, the local tax levy will only increase 1 percent. Residents with an average assessed home of $203,743 will see their school taxes increase to $41.20.

The biggest addition to the district’s budget is its new full-day kindergarten program. The budget includes 43 new teachers and paraprofessionals for the program, as well as funds for facility upgrades and classroom materials. The board approved a list of 54 capital projects alongside the budget. Coleman and Williamstown High School Principal Angelo DeStefano gave an update on what the high school plans to do for graduation this year: A virtual graduation will be filmed over the course of a few weeks at the end of the school year. Students will be scheduled, 10 at a time, to visit the high school’s football field. Each senior’s name will be called and they will be able to walk across the field in their caps and gowns. Two parents or guests will be able to come with each student to take photos. The high school also plans to film all of the graduation speeches to create a video that looks as close to a real ceremony as possible.

Monroe Lead the Way shifted its fundraising focus toward the senior class in May. It teamed up with Project Graduation, as the organization is now using its funds to provide a gift with its annual event cancelled. The two organizations joined local businesses and residents with a common goal: to make sure the senior class felt  loved and appreciated as it navigated the final weeks of high school.  Monroe Lead the Way offered its assistance with a campaign called Paint the Town Blue. The former launched a Facebook fundraiser to raise money for the project.

Another senior appreciation campaign took hold when the Williamstown Adopt a Senior group discussed ways to commemorate the Class of 2020. Moderators of Williamstown’s Adopt a Senior group and teachers Gina Angelozzi-Gazo and Collette Mullen Meo formed a Facebook group and membership grew to 1,500 people, with an estimated 300 seniors sponsored. A parent or guardian, with the teen’s permission, submitted photos of a student accompanied by his or her characteristics, sport teams, interests and other hallmarks. The images also included descriptions of the student’s interests and future goals and plans. Gifts were assembled for seniors ahead of graduation, with dropoffs on students’ doorsteps.

One senior finally reached her childhood goals by becoming valedictorian for the Class of 2020 while also attending her dream college. Leanna Chen had been rummaging through some old papers from her time in middle school when she came across an assignment from eighth grade asking students to write down their goals for high school. Chen’s answer was pretty lofty.

“I wrote that I wanted to be the valedictorian for the Class of 2020 and go to (University of Pennsylvania),” she recalled. She achieved both goals.

The Williamstown Board of Education plans for school reopening  included two phases, neither of which offered a remote-only learning option at the time. Phase 1 included a hybrid program where students would alternate a daily schedule five days a week. While the students were physically in class, schools would  operate on an alternating, half-day schedule. When students were not in the building, they would learn remotely. Phase 2 offered a full-day schedule for students alternating five days a week starting in October, a plan that was dependent on COVID trends in September.

The Monroe board of ed initially announced a hybrid schedule where students in cohort A would attend school on Monday and Thursday, while cohort B would attend on Tuesday and Friday. The district would also use Wednesday as a completely remote learning day. Parents were allowed one switch throughout the school year from remote to hybrid learning or vice versa. But after months of planning, the board announced that fall classes would begin with all-remote learning, citing an edict from Gov.  Murphy that schools could reopen with a hybrid model only if they met all the health and safety requirements from the Centers for Disease Control and Prevention (CDC) and other officials. But Monroe schools did not meet those requirements, so they started the school year with remote learning pending state approval for  the hybrid model.

Meanwhile, transportation safety measures included a mask requirement during bus rides; no more than 22 students to a bus, with one student per seat; and a bus cleaning between each run. Drivers would also carry extra masks for students. The board also announced that its new superintendent would take  over in September and that a new board member would take on a short-term role. Dr. Susan Ficke was hired following her 15 years as assistant superintendent for instruction in the Pennsville public schools.The board’s new member, Latasha Fuller-Williams had previously sought to join the board in 2017, and has now filled the unexpired term of a board member who vacated the position. She earned a full-time position in the November election.

Later that fall the Monroe Township Middle School Builders Club and township police got ready for their annual turkey giveaway on Nov. 23. The club is a community service organization that involves students from fifth to eighth grade. The turkey giveaway has been run by the club for about 30 years and helps needy families in the school district  with food donations. Police officers — on or off duty and retired — packed up their cars on the 23rd and delivered the meals. 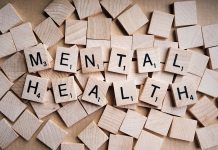 Radix principal to retire after 41 years in education 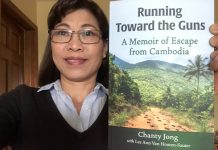