“I appreciate that the residents put their faith in me to reelect me,” Legge said in a conversation with The Sun. “It’s kind of hard to believe that the last term went by so fast.”

This is the 13th year that Zimmerman has served on township committee, and 2021 marks his sixth year as deputy mayor.

“I’m looking forward to the challenge that awaits us here in 2021,” Zimmerman told The Sun, adding he is thankful residents put faith and trust in him as an elected official.

Both Zimmerman and Legge spoke highly of their fellow committee members, both of their varied backgrounds and shared vision to do what’s best for Mantua Township.

“I’m thrilled with the membership we have on township committee,” Zimmerman said.

“We have a really cohesive relationship, and the thing that’s really kind of unique and dynamic from all perspectives … is we all have varying types of backgrounds – professional experience and education,” continued Zimmerman, a former police chief with 26 years in law enforcement.

“We all bring something a little bit different to the table.”

Legge “100 percent agrees” with Zimmerman’s take on the committee.

“We’re all longtime residents of the township and we do work well together,” Legge said.

Regarding highlights for the coming year, Zimmerman said the committee will  look at economic development in the township.

– Committee members approved a slate of resolutions, from the temporary 2021 budget to a variety of appointments. Those appointments included township solicitors and consultants, and those taking on administrative positions with the township.

– Resolution R-11-2021 approved the year’s meeting dates for the committee, which are the third Monday of each month at 6 p.m., with the exception of December, when the meeting will be held on Dec. 20 at 4 p.m. All meetings are currently scheduled for the municipal building, 401 Main St.

– During public comment, some residents shared thoughts on the Glassboro-Camden Line (GCL), a proposed 18-mile passenger rail line that would connect Glassboro to Camden City. The GCL project team hosted two virtual public hearings on the proposal in November.

The next meeting of township committee is Feb. 1. 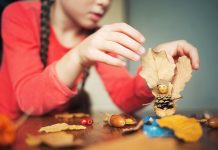