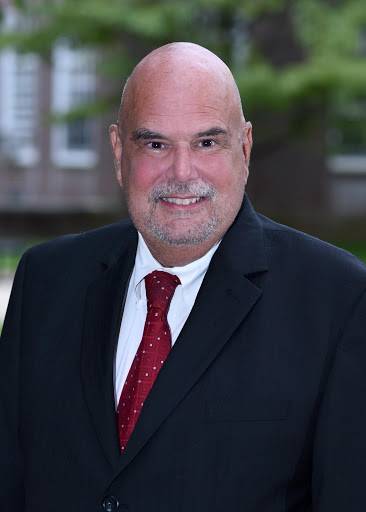 Having dealt with changes necessary as COVID-19 caused disruptions in all facets of daily life in the borough over the last nine months, Mayor Neal Rochford is staying positive as the calendar turns to 2021.

But that doesn’t mean he’s going to be less cautious, or advise that anyone else relax, either.

“It’s a year where I’ve seen people come together in this town in a way that I haven’t seen in many, many years,” he told the Sun via Zoom during the annual year-ahead conversation on Dec. 22.

“And as I look forward, I have hope. There’s light at the end of the tunnel, but don’t let your guard down.”

Nearly two years ago, Rochford had to significantly curtail his duties for a period, after being struck by a particularly virulent form of pneumonia. Clearly placed in a heightened risk category for COVID, the head of borough governance, who makes every effort for a personal connection, has been forced to conduct business indoors.

“As far as how I govern, obviously a lot of Zoom calls,” he noted. “I do limit my public contacts in going out, because of COVID and because of certain ways relating to the spread. But for the most part, most of the events that would be happening have been cancelled that I attend.”

In the new year, Rochford intends to renew his commitment to caution because confirmed COVID cases have spiked in the municipality, the county and region since November.

“We’re not out of this thing yet,” he warned. “We still have several more difficult months ahead before we proceed out of this pandemic.”

Rochford and Borough Administrator Sharon McCullough stated that additional board of health meetings, beside the regularly scheduled Jan. 12 session, would be on the horizon. Discussions would revolve around a vaccine, how it will affect residents in Haddonfield when it becomes available and making sure information is properly released to the public.

One definitive pandemic casualty is the mayor’s breakfast. Usually scheduled for the third Saturday morning in January at First Presbyterian Church, the event has been cancelled for 2021.

“(The Lions) still want to do the cItizen of the year, and they want to do it on an off-site basis, probably outdoors and somewhere it’s safe to set up,” Rochford said.

The mayor’s customary address at the breakfast will most likely be folded into a state of the borough online presentation by all three commissioners, to be posted online at a later date.

Continuation of efforts to secure affordable housing won’t be sidetracked this year.

“I think in 2021 you’re going to see a lot of progress,” Rochford beamed.  “At Snowden, we’re planning on 20 units, and we just received money from DCA (New Jersey’s Department of Community Affairs) toward that end.”

Having purchased three properties in 2020, the governing body still needs to secure an additional five units in town to satisfy its agreement with Fair Share Housing Center. McCullough said the borough is on track to make several zoning changes that will facilitate the process within the first two months of 2021, and she anticipates, with further COVID-based interruptions, completion of the acquisitions by mid-summer.

“We do potentially have our eyes on part of the subdivision from Boxwood to put the other five,” McCullough revealed. “We have to hear from state agencies before we do that.”

Should Boxwood not be feasible, there are a number of properties in town, if chosen for redevelopment, that would have a portion of units set aside for affordable housing.

“The work you have to do to get these projects done is tedious. There’s a lot of dealing with the state and other agencies,” Rochford said. “Colleen (Commissioner Bezich) has done a nice job,  as has Sharon, in getting our ducks in order for the process.”

All the ducks are in order for the still pending land swap between the borough and the board of education. But scheduling issues, COVID-19 delays and bureaucratic red tape have prevented a deal, to the frustration of all parties involved.

“Primarily, the delays have been with the state granting us easements for things that we need to subdivide the lot,” Rochford explained. “Unfortunately, the state has been very slow and also has given us some contradictory information as to how best to proceed.”

Facing the increased possibility of property damage and flooding in certain areas of the borough during summer storms, council approved capital for massive and wide-ranging stormwater remediation projects in the 2020 municipal budget. The projects began last year and are slated to continue in 2021 in and around several flood-prone locales.

“Our engineers, Remington & Vernick, came up with the plans for each area to work and see what kind of solutions we can come up with, because these storms have become more crippling,” Rochford offered.

Around Homestead Avenue, the borough plans to install storage tanks underneath the road bed to capture water and release it slowly into the system, preventing a hazardous backwash. Solving the Concord Drive issue has proven a bit more complicated, as the borough looked into installing an outlet that would run underneath the parallel PATCO line. Any progress there, according to Rochford and McCullough, would depend on additional studies, plus state intervention on easements and concessions to federal regulations.

Rochford additionally revealed that plans are in the works to install new storm drains on Hinchman Avenue as part of a county drainage improvement program, one in which more efficient outflow into Newton Creek is the goal.

“Not only does Haddonfield flow into it, but about four other municipalities as well,” the mayor explained. “And when these storms arise, the water can get backed up very quickly.”

The bad news is, the scope of the upgrades once work gets underway will mean road openings that are expected to be disruptive in the short term for long-term solutions.

With all these tasks ahead, it should be noted that all three commissioners are up for reelection in May. Rochford — head of government since 2017 — has served the borough since 2005, and Commissioner for Revenue and Finance Jeffrey Kasko since 2009. Bezich, who was elected in 2019 to fill the remainder of John Moscatelli’s term, has a chance to win her spot outright if she chooses.

“It’ll be interesting to see who wants to throw their hats into the ring, and who doesn’t. I haven’t heard from my two fellow commissioners as far as what their intentions are,” Rochford said.

Per Borough Clerk Deanna Bennett, any potential candidates need to have a minimum of 107 signatures for their name to appear on a ballot. Applications will be made available in Borough Hall.