Jordan Slippi-Mensah hosted his Kids in Need Hot Cocoa stand on Nov 28 for the third consecutive year and was surprised by the support he received despite COVID-19.

“I know other people don’t have toys for Christmas because they are in the hospital,” the Washington Township resident said. “I don’t even think I could spend a second there. We did it for this many years, and we can’t let COVID stop us.”

The cocoa stand looked much different this year than in the past. Instead of 10 warm crockpots of cocoa made by Slippi-Mensah’s mother, Trinna Wooster, the family handed out $10 play cards donated by Dave & Buster’s to the first 50 customers, as well as 125 hot beverage vouchers donated by Wawa.

“This year because of COVID, I didn’t feel comfortable making hot cocoa for people,” Wooster noted. “So we found a connection with Wawa … Then we stuck with the hot cocoa theme with the hot beverage coupon.”

This year, family members were unsure how successful the stand would be during the pandemic. But, to their surprise, the stand had many visitors, including   the 13th Child Jeep Club, Pine Barren Venom Jeep Club and Skynet Team, who created a thank-you parade for Slippi-Mensah and made generous donations.

Slippi-Mensah has collected over 149 toys that will be donated to Toys for Tots, as well as $6,643 in donations for the Children’s Hospital of Philadelphia (CHOP). Every year, his goal has been to collect the same amount of cash donations as the previous year, and every year he has nearly doubled the amount, except this year. But Wooster was just as grateful to receive $2,000 more than last year’s total.

COVID has not only changed the way the stand was run, but has also affected how Slippi-Mensah goes out to buy toys for those in need. Every year, Wooster gives her son money and has him fill up a shopping cart full of toys for pediatric patients at CHOP. But for safety reasons this year, the hospital is accepting only virtual monetary donations.

The stand idea came three years ago, while Slippi-Mensah and his mom were sitting in line at the Dunkin’ Donuts drive-thru talking about how to help people and bring good cheer during the holiday season. Of course, like any young child, Slippi-Mensah offered the idea of a lemonade stand to raise money. But because winter was coming, the two decided a hot cocoa stand would better serve the community.

“I have always wanted to take him to a soup kitchen so he can be part of seeing and helping others during the holidays,” Wooster offered. “Obviously, I am very proud of Jordan and the idea that he understands that there are kids that are not as fortunate as he is and he wants to help them.”

Not only has the stand affected the lives of children through nonprofits, it has also helped children in Slippi-Mensah’s community come together and learn the importance of helping others.

“His friends come and they are outside holding up signs getting people to come,” his mother said. “I really think it is a powerful message that he sends to other kids. We always post about it and we thank everyone, but I don’t think everyone truly understands how meaningful it is to us and how we look forward to it every year.”

When Slippi-Mensah was asked how long he will do the stand, he told everyone that he would keep going until he couldn’t do it anymore.

The family has stopped accepting donations for this, year but more information can be found at https://sites.google.com/view/kids-in-need-hot-cocoa-stand. 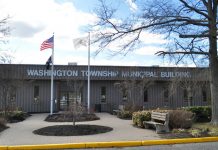 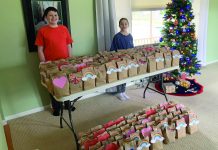