The path to a sectional championship is always challenging for a girls soccer team in the Olympic Conference.

In a normal year, the South Jersey Group 4 bracket is littered with teams the Vikings have already played at least twice (and sometimes three times, thanks to the South Jersey Coaches Association Tournament). The rivalries are real. The cliche about throwing the records away when regular foes come together feels appropriate, too.

Two days after surviving a double-overtime scare to Cherokee in the sectional semifinals, Eastern didn’t have to be reminded of any of this.

Eastern was able to survive the fierce competition in the conference and postseason bracket anyway, and duck the silent enemy known as COVID-19, too.

Junior Emily Eustace took a pass from senior Riley Tiernan and, from about 12 feet out, sent a crisp shot into the top left corner of the goal to end a scoreless tie midway through the second half as Eastern persevered in an intense 3-0 battle with rival Washington Township on Sunday. With the win, the Vikings captured the Southwest D Group championship.

After years of not being able to get over the playoff hump, Eastern has won three consecutive South Jersey sectional championships.

“It’s a championship game, so we knew the (intensity) level was going to be high,” Tiernan said. “Both (teams) performed. I think they played a great game. But it’s all about who can finish the goal and I think we did that.”

The Vikings finished. They finished a game against Washington Township that felt like it could go either way for the first 60 minutes. And they finished an uncertain season undefeated (15-0) and No. 1 in the state. And, perhaps, most importantly, Eastern was able to finish, period.

Within the last month, all across South Jersey, teams in every sport began dropping out of the postseason.

Due to COVID restrictions, Cinnaminson canceled the remainder of its fall athletic schedule. Moorestown’s field hockey team, on the eve of hosting a sectional championship, had the game canceled when administrators sided with county health protocols.

From August until November, Eastern knew that chaos could catch up with the team, too. So the Vikings made a commitment to each other: no friends outside soccer.

“We made sure we weren’t with anyone else,” said Tiernan, who will play at Rutgers next year. “Because they could know someone else who got it. We definitely have to sacrifice a lot, and that’s a part of it, the dedication. If you want this, you want this. So we all agreed, we all stayed online in school, we all did everything we could to avoid being in any (bad situations).

“There were a lot of other teams that got shut down and we were lucky enough and smart enough to stay put,” she added. “We had our own little pod. We just stayed with each other and did things together.”

The reward? While they couldn’t predict how it would play out, the Vikings knew that being strict with masks and social gatherings would give them the best chance at adding another piece of hardware to the team’s growing trophy case.

When the Vikings took the field, they capitalized on the opportunity in front of them.

“This was our state (championship) this year,” Eustace said. “So it was a really great feeling. I feel like it’s always our toughest game, the South Jersey finals.”

“You play each other two to three times, and we’ve probably played (Washington Township) 10 to 12 times over the last (few years). They know us, we know them and it’s always physical, it’s always intense,” Eastern coach Jamie McGroarty said. “And, honestly, that’s what you want in a game like this. That’s the reward to play a game like this.”

Even with the dangerous Amanda Attanasi on the other side, Eastern’s seniors managed to complete their careers with a 9-1 record against Washington Township in the last four years.

“It’s a rivalry between us and it’s always going to be a tight game,” said junior Cami Silvestro, who committed to playing soccer at Army West Point earlier this month.

“It doesn’t look like it on paper,” she continued, “but it’s always a tight game.”

For the first time in program history all three EGS teams went undefeated and untied. An incredible accomplishment for all of our EGS players and a reward for their dedication, passion, and talent.
Congratulations all!

Eastern’s only loss to Washington Township in the last four years — in overtime, under the lights at home in the team’s annual cancer fundraiser game in 2018 — still sticks with them. Eustace called it “devastating.”

“That always lives in our heads,” she said. “Ever since then, I told myself we’re never going to lose. And I have a couple of (cub) teammates on their side (Attanasi and Dani Stuart), so I didn’t want to go to club and hear them telling us (they beat us), talking smack.”

Eustace’s eventual game-winning goal prevented that from happening in 2020. She can hold onto the bragging rights and, with the rest of her team, celebrate another hard-earned trophy in a year when some teams didn’t get the chance to collect one.

“We knew that every game was going to be a blessing going into this because schools were getting shut down,” said Silvestro, who scored her 14th goal of the season — one behind Tiernan for the team lead — in the final minutes of the championship win.

“So this was our state final,” Silverstro continued. “We just switched our mentality. And this was the game we were playing for. We all stayed home and we all sacrificed a lot to get to this game.” 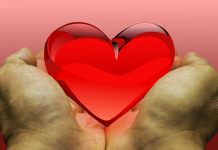