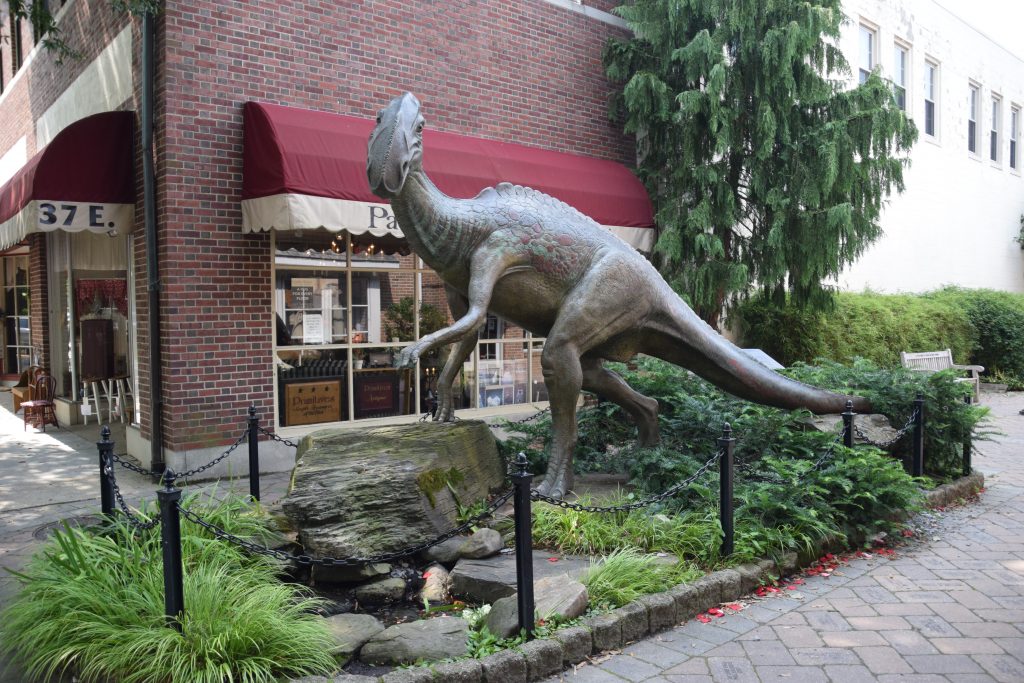 The 11th anniversary of National Fossil Day is Oct. 14. According to the National Park Service, the day was established as an opportunity to highlight the scientific and educational value of paleontology, as well as the importance of preserving fossils for future generations.

Lucky for us, South Jersey is the perfect place to celebrate National Fossil Day!

An incredible spot of prehistoric discovery is located a stone’s throw from the Lowe’s in Mantua Township. An access road that runs behind a hardware store will bring visitors to the Jean & Ric Edelman Fossil Park at Rowan University, home to thousands of fossils dating back to the mass extinction of dinosaurs 66 millions years ago.

While not currently open to tours, the park still offers plenty to learn on its website and social media pages. Saved from redevelopment nearly a decade ago thanks to world renowned scientist Dr. Ken Lacovara and Mantua Township, the site is reflective of a time when South Jersey was under some 70 feet of sea water, giving way to primarily marine deposits and fossils.

The Jean & Ric Edelman Fossil Park isn’t Mantua’s only claim to dinosaur fame. The dryptosaurus aquilunguis, a relative of the tyrannosaurus, was unearthed in 1866 in what is now the township’s Ceres Park.

Not far from Mantua, many people know Haddy, the bronze dinosaur statue standing sentry over Kings Highway in downtown Haddonfield. But not everyone knows the historic significance of that dinosaur. Discovered in 1858 in the borough, Hadrosaurus foulkii was the first nearly complete dinosaur skeleton unearthed. It is now both New Jersey’s state fossil and state dinosaur, and a historical marker pinpoints the excavation spot in Hadrosaurus Park, a small site just off Grove Street.

That’s just the tip of the iceberg when it comes to dinosaur discoveries in South Jersey. Do your own digital digging and use National Fossil Day to uncover more prehistoric tales.