In a move that leaves some 141 sexual abuse survivors in limbo, the Diocese of Camden filed for Chapter 11 bankruptcy last week due to loss of revenue from COVID-19 and the $8.1 million it has paid out to clergy abuse victims.

“I have had to make many decisions in my time as your bishop, but few have been considered as this one,” Bishop Dennis Sullivan said in a letter posted on the diocesan website. “If it was just the pandemic, or just the costs of the Victims Compensation Program, we could likely weather the financial impact; however the combination of these factors has made that impracticable.”

Attorneys for victims of clergy sexual abuse said the Diocese of Camden’s decision to file Chapter 11 bankruptcy is a disappointing, yet unsurprising, attempt to conceal the truth about predator priests in the Diocese at the expense of sexual abuse survivors.

“The Diocese is running from accountability,” attorney Greg Gianforcaro said. “Instead of standing up for the people entrusted to their care and acknowledging the harm done to children for which they are responsible, the Diocese is taking drastic, self-serving measures to ensure the truth is suppressed.”

Gianforcaro partnered with the law firm of Jeff Anderson & Associates in 2019 to represent survivors of child sexual abuse in New Jersey. To-date the firms have more than a dozen cases against the Diocese of Camden that have been brought under the New Jersey Child Sexual Abuse Act/New Jersey Victims’ Rights Bill (S.477).

“Church leadership is trying every trick in the book to avoid consequences for their reckless endangerment of children, and that shows they know just how serious these allegations are,” he said.

Following the suspension of the Diocese’s Independent Victim Compensation Program (IVCP) on July 31, 2020, which previously promised survivors an opportunity for speedy and transparent resolutions of their claims, attorneys from Jeff Anderson & Associates and Gianforcaro Law filed four sexual abuse lawsuits against the Diocese on behalf of four courageous survivors on August 20, 2020.

“They betrayed survivors again when the Diocese first offered, then cancelled, their compensation program. Now, this bald-faced, self-interested legal tactic is yet another betrayal.”

“Survivors are stronger than the Diocese of Camden’s cowardice,” said attorney Jeff Anderson.

Since the compensation program was set up, the Diocese did pay 71 victims a total of $8.1 million. However, when it was suspended, there were still 141 more victims awaiting a settlement.

Attorneys said that with the bankruptcy filing, those people will be joined with banks and contractors vying for any funds that are left after the bankruptcy goes through. 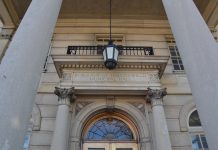 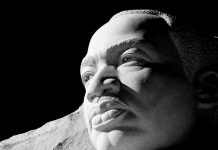 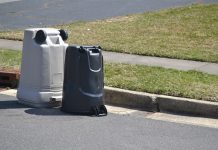