Dashevskys work to bridge the gap in knowledge of health care. 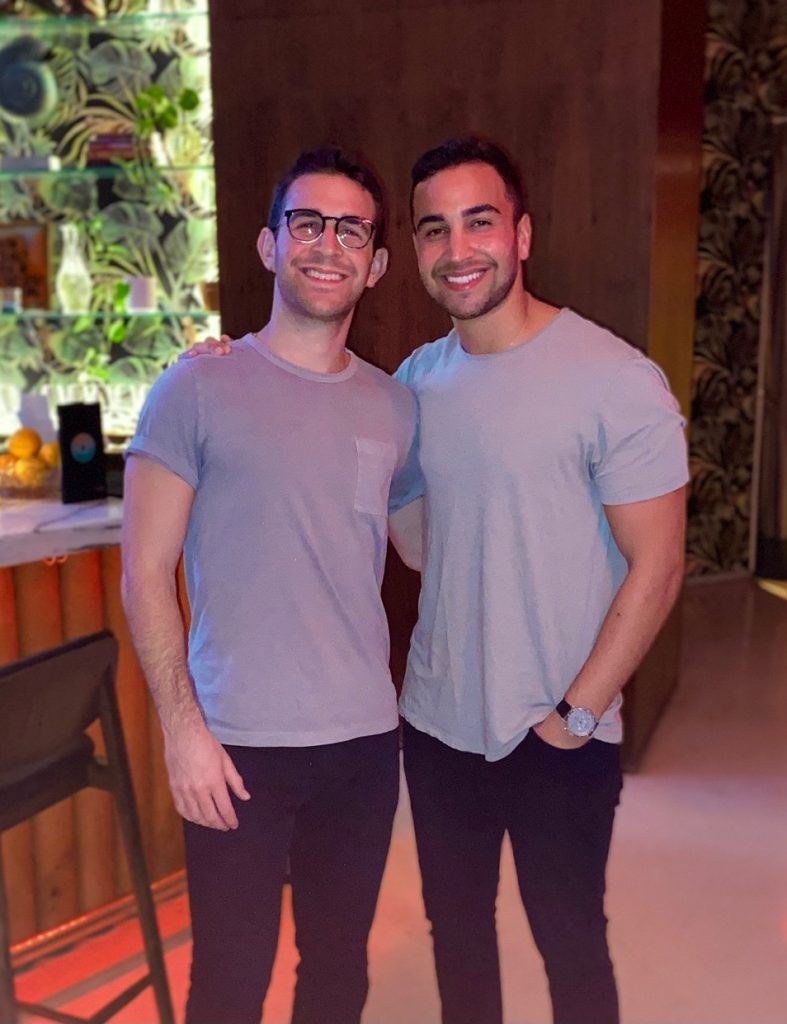 Jared and Brett Dashevsky — township natives and brothers just two years apart who both graduated from Cherry Hill High School East — could have fallen prey to the usual rivalry that can beset bright and competitive siblings who spend their lives in close proximity.

But they’ve bucked the trend and are teaming up to make the world of health care a little more flashy and a little less complex.

At older brother Jared’s first medical school interview, he froze when asked a question about the American health-care system, and suddenly realized how much he didn’t know. The resulting panic produced an “aha” moment.

To promote the new enterprise, he recruited Brett, who was working his way through The University of Maryland’s School of Business, to help with social-media presence and marketing.

“We’ve always been entrepreneurial,” Brett explained during an Oct. 5 conversation with the Sun. “In his first year at med school, Jared noticed that a lot of students were disconnected from the industry and disconnected from the vast reserves of knowledge, and came up with the idea of writing a newsletter to get all this info into one place.

“When Jared was building the newsletter, I suggested that he create an Instagram. I’ve been into marketing, graphic design and business strategy. I thought, if we could build up our social-media presence, that could be a great way to drive traffic.”

Once COVID-19 hit in March, one of Brett’s friends remarked that the brothers would be doing something wrong if Healthcare Huddle didn’t “blow up,” and it did, thanks to the brothers’ commitment to steady content online.

Under Brett’s guidance, the newsletter’s Instagram page (@healthcarehuddle) was launched at the end of January, and has gained roughly 7,000 followers since. As a result, the newsletter has grown to 3,500 subscribers —  including some of the brothers’ old educators and mentors.

“Shout out to the Cherry Hill Public Schools,” Jared noted. “We even have some former teachers subscribed to the Huddle, and it’s nice to find a way to maintain those Cherry Hill roots.”

The pair act as a team to keep the Huddle viable: Jared focuses on the business and health end, while Brett concentrates on marketing and social-media growth, “because we’ve been successful so far, and it was important to keep the circle small,” the former noted.

While the inner circle of the brothers — plus Harrison Kaplan on the technology end — is close knit, the remainder of the Huddle team features 10 talented women of various backgrounds.

“The Huddle wouldn’t be where it is without the entire 13-person team. But without Brett, there’d be a different dynamic,” Jared admitted.

While looking to the future is always a smart move, Jared revealed that for now, his goal is to learn everything necessary to pass his medical boards. In the future, he has his heart set on emergency medicine, hoping to combine the business element of Healthcare Huddle and lessons learned from the team-oriented nature of those intense situations, to become the best physician possible.

Brett, who admitted he initially stuck around “out of brotherly love,” has grown to genuinely appreciate what his business degree was able to teach him with respect to growing a business in the online realm.

“Subtracting any issues we might have had growing up, now that we’re adults, I can say he’s been my biggest mentor,” Brett said in praise of Jared. “It’s almost like we complement two sides of the same brain.”

To learn more about The Healthcare Huddle, visit www.HealthcareHuddle.com.