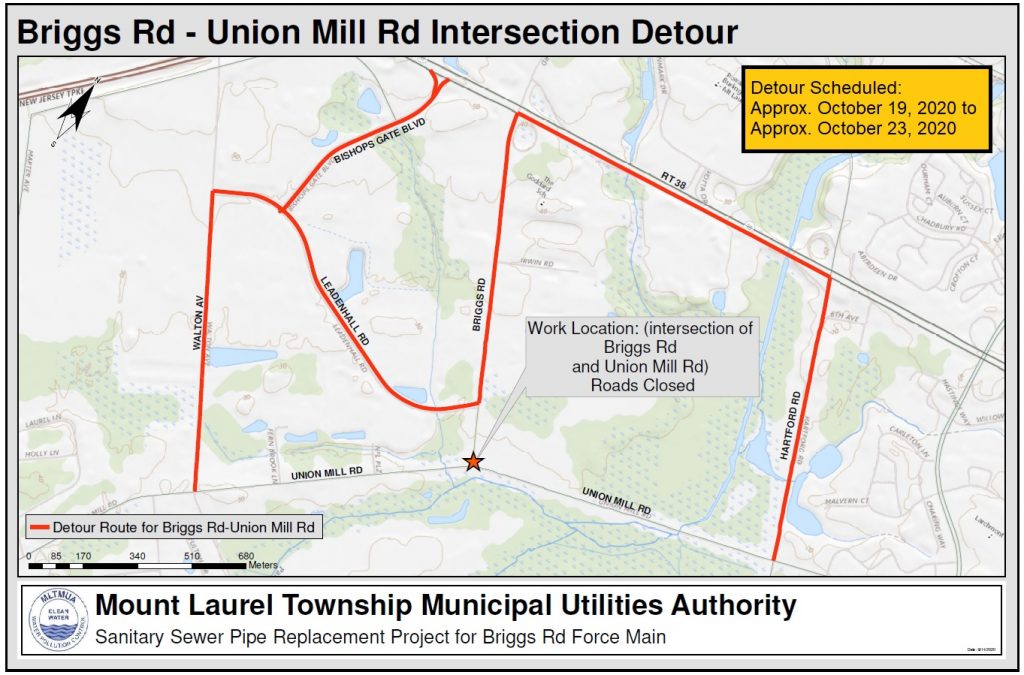 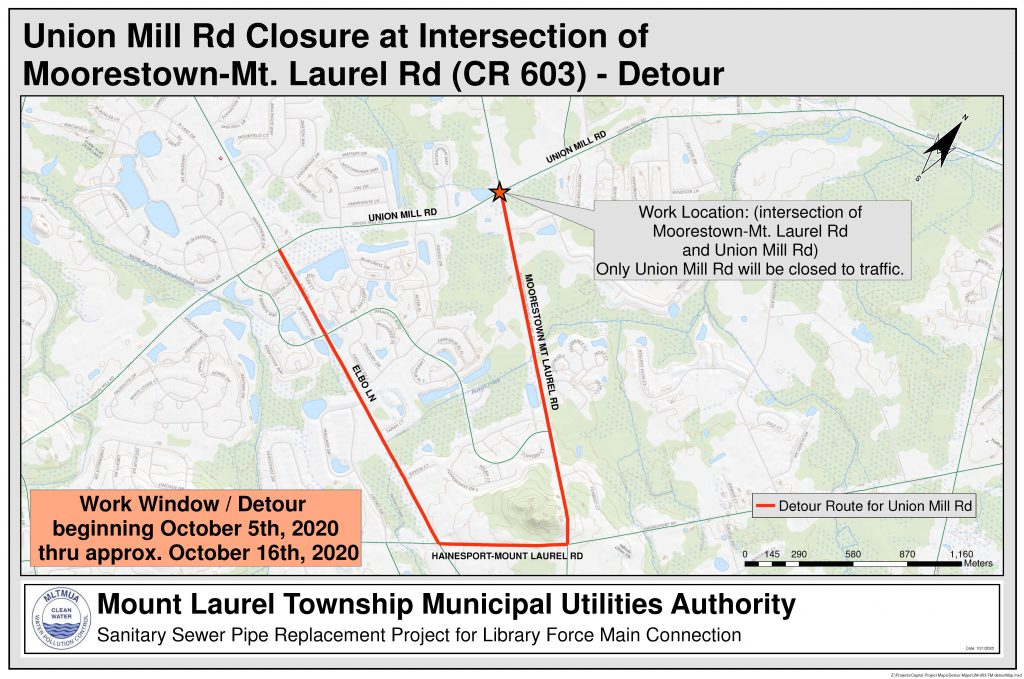 As part of the Mt. Laurel Municipal Utilities Authority’s (MUA) Capital Improvement Plan for renewal and replacement of infrastructure, two sections of sanitary sewer force main piping in the vicinity of Union Mill Road will be replaced.

These projects were budgeted and designed during the last several years and were scheduled for construction in June/July 2020. As such, a $780,050 publicly bid contract was awarded to Pioneer Pipe Contractors of Monroe Township (Gloucester County) in May 2020.

“However, due to the COVID-19 pandemic there were delays in securing certain permits and materials necessary for the projects” said Executive Director Pamela Carolan. In fact, Carolan added, there have been two additional construction delays since the first announcement due to difficulty in obtaining materials.

Construction began Thursday, Oct. 1, and will continue through the end of October at two locations. Work was set to commence at the Briggs and Union Mill Road intersection for two days with no detours, only a lane shift.

Crews then moved to the intersection of Union Mill and Moorestown-Mt. Laurel Road (CR 603) on Oct. 5 for approximately two weeks with a road detour in place for Union Mill Road; vehicles will still be able to use Moorestown-Mount Laurel Road, but with a lane shift.

Pioneer Pipe will then return to the Briggs and Union Mill Road intersection on approximately Oct. 19 for one week, closing the intersection to vehicles but with a detour in place.

Although the sanitary sewer line at the Moorestown-Mt. Laurel Road and Union Mill Rd intersection (Library Force Main) was constructed in 1986, a neighboring connection at this intersection had previously leaked due to external corrosion from acidic soils and was replaced as an emergency project; concerns about the integrity of the Library connection were immediate as these pipes were only a few years newer.

“These piping projects were bundled together in order to obtain the best construction pricing” noted Cheryl Coco-Capri, MUA Board Chairperson. Funding is via a low-interest loan through the NJ Water Bank financing program.

MUA sewer customers will not notice a change in sewer service, as temporary bypass piping will be installed to accommodate construction. Piping and other appurtenances at both locations will be equipped with additional corrosion protection devices in order to increase the future life expectancy of the new piping.

Additional construction/detour information including traffic updates can be found on the MUA’s website at mltmua.com. MUA officials also suggest following the MUA on Facebook @MountLaurelMUA and on Twitter @MountLaurelMUA for updates.

Lenape district will return for five day, in person school in March