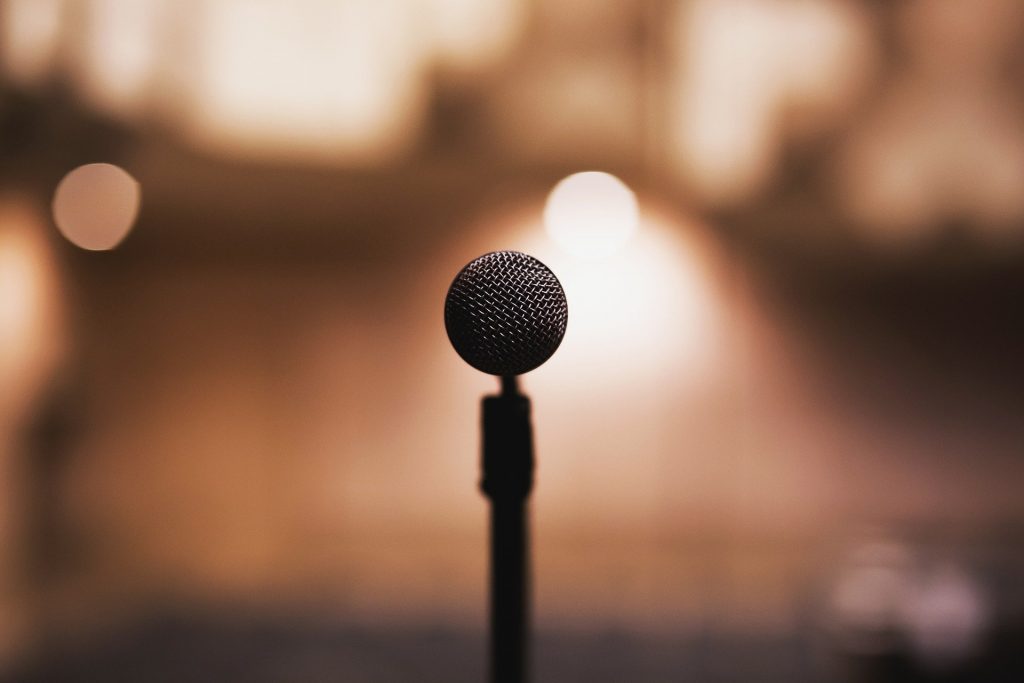 There are six candidates but only three open seats available on Moorestown Township Council. With the ballot evenly split between Democrats and Republicans, who will get your vote?

For those still undecided, MooreUnity gave residents an opportunity to find out more about the six Moorestownians on the ballot. The group hosted a Town Council Candidate Forum on Sept. that was livestreamed from Perkins Center for the Arts.

Moderated by Moorestown resident and 6ABC news anchor Rick Williams, the forum asked candidates a variety of township-specific questions submitted by residents. Williams explained that a small committee equal to  the number of Republicans and Democrats reviewed and prioritized the questions prior to the forum.

Democrats Dave Zipin, Sue Mammarella and Jake Van Dyken and Republicans Barbara Omert, Doug Maute and Vick Bobadilla fielded questions about the town’s fiscal health, Moorestown council’s transparency and the progress of the Lenola revitalization project. Each candidate was given equal time to respond to all questions.

The forum opened with a question regarding Moorestown’s transparency,  with candidates asked to grade the town’s efforts on that issue and explain any ideas they may have on the subject.

The candidate stressed that a lack of transparency occurs when politicians try to shield themselves from public criticism, and while not every decision council makes will be popular, it should never hide the decision-making process from public view. Van Dyken said the people of Moorestown are intelligent, involved and care deeply about council decisions that will affect their lives.

“You cannot earn the trust of your constituents without being forthright about how decisions are made,” he noted.

Maute, on the other hand, said he feels there’s not a sense of transparency among residents.

“When I’m knocking on doors, I’m hearing that town members are not familiar with what’s going on,” he explained.

Maute said while the most recent town council meetings are available on the township’s website, past meetings are difficult to find. He also questioned the frequency of council members entering a closed session, citing nearly 70 percent of such meetings in the last year.

Looking ahead, Maute hopes to see an improved township website as well as possible listening sessions with regular hours that residents could attend.

Candidates were asked what steps they would take to improve economic development and increase tax ratables in Moorestown. Zipin said the current bureaucratic procedures make it difficult for people to open a business in Moorestown, leaving owners hesitant to do so.

“We need to make that process more attractive to draw businesses in,” Zipin added.

He suggested council create a new role of liaison between township staff and business owners to help facilitate the opening process. He also noted   the township needs to do a better job marketing existing businesses to residents in town as well as those in neighboring areas.

Omert also explained that attracting viable businesses is an issue for Moorestown.

“This, for Moorestown, is a very significant problem,” she stated.

Keeping businesses afloat was an issue even prior to the COVID-19 pandemic, she added, pointing to the Moorestown Mall as an example,  given its high store turnover in recent years.

Omert suggested council take the time to speak with the owners of stagnant properties like the mall or the Kmart. She said her research has indicated that stagnant malls around the country can be revitalized and that council needs to examine those successes so something similar can be implemented in Moorestown.

Also on the subject of the township’s economic viability, candidates were  asked to comment on the goals of the Lenola revitalization project and how they will see to it the project meets construction and other deadlines.

Bobadilla said the township obtained a grant toward the Lenola project in 2017, but construction has yet to begin. In speaking with residents from that section of town, he’s heard neighbors are frustrated by the slow progress and believe their area doesn’t get the respect it deserves.

Given that Lenola serves as one the entrances to town, Bobadilla recommended rebuilding the sign that welcomes people. He stressed that people do frequent stores in Lenola, such as Rita’s Italian Ice, but added that if council cleans up the area and welcomes more shops, people will be increasingly drawn to it.

“We’re going to fight to make sure this gets done,” Bobadilla said.

Mammarella said the Lenola project’s goals are twofold: to enhance the area’s aesthetic appeal and to improve its economic vitality. She indicated that thus far, she’s proud of what the task force for the project has achieved, though she understands continued delays are disheartening.

“I recognize that there has been frustration for many, many years,” Mammarella said.

She noted that most recently, the project has been delayed as the township takes corrective action to make the plan safer. The project’s previous design firm miscalculated setbacks, so Mammarella thinks it’s worth the extra wait to ensure the project is done right.

In closing comments, all three Republican candidates stressed their overarching goals are to lower taxes, create an open bidding process and increase transparency, while the Democratic slate stressed transparency and a sense of unity in town.

To view the forum in its entirety and to hear every candidate’s response to all six questions, voters can watch on Facebook at https://www.facebook.com/MooreUnity or on YouTube at https://www.youtube.com/watch?v=iSjE9jHFrQY&t=28s.