Noah Kizer, a senior at Clearview Regional High School, is eager to join the United States Air Force upon graduation in June. He has career aspirations in aircraft work.

“I like the hands-on stuff,” Kizer said. “College never really interested me. I’m always outside. I wanted to do a trade, (something) hands on. An aircraft mechanic sounds fun.”

Kizer’s ability to not only use his hands in a project but also map it out meticulously before hand — putting the planning in before the building begins — was on full display in a nearly two-year project that ultimately earned him Eagle Scout status.

Kizer was recognized by the Friends of Tall Pines State Preserve on Sunday at the organization’s 10th Anniversary Celebration and Kiosk Dedication and Nature Walk, when the park’s first two kiosks built by the 17-year-old were ceremoniously unveiled.

“It was thrilling,” Kizer said.

The teen, who fishes on a pond within the park, had originally thought about building benches but settled on the idea of kiosks.

“You start hiking out there and there are trails that wind down and around each other and you can get lost really easily,” Kizer said. “They approved two, one in the front right by the parking lot and another in the middle of the park.”

The Friends of Tall Pines State Preserve gave Kizer the green light in 2018, in part because of how overwhelmed it was with the care Kizer took in his proposal. After initially proposing an idea to help out the preserve at a member meeting, Kizer showed up for a second time with a detailed packet.

“It had architectural drawings and it had materials, and specifications and photographs,” Rich Dilks, chairman of the preserve, said at the ceremony of nearly two dozen people. “We knew immediately that this was someone serious about getting the job done and getting it done right. And I must say that Noah and his team have followed through on that: They’ve done a fantastic job.”

Although Noah’s father, Matt, a mechanical engineer, helped with the sketches, it was Noah who figured out the budget, drove out and took photos of the specific places where he thought kiosks should go, and organized a crew of fellow Mantua Troop 83 members, Joey Wood, Jackson Cristinzio and Aaron Gerbrick.

“He was very, very well organized,” Dilks said. “We were so impressed.”

Like a lot of his school-related activities, including the Clearview Autism Club that sets up events for students throughout the district with special needs, Kizer’s Eagle Scout ceremony is currently up in the air. The restrictions from COVID-19 limit how many people can gather for such events.

But Kizer did find out through his troop that he had earned the Eagle Scout rank just days before the kiosk unveiling at Tall Pines.

“I’m a little upset that it’s all over,” Kizer said with a laugh.

He has been with Mantua Troop 83 since first grade.

“It’s a great accomplishment,” Kizer said, “but now it’s all over.”

Although his work is finished and he’s reached the pinnacle of Scout achievements, Kizer has left a permanent impact on Gloucester County’s first state park and a trail for other Scouts to follow in the future, too.

“Friends of Tall Pines are always looking for volunteers and Scout projects,” Dilks said. “The sponsor for the Eagle Scout Program was the state of New Jersey, so all of the paperwork goes through the state. But we were the ones on the ground working with Noah and the other Scouts to get things done and they did a fantastic job.”

On the site of the former Maple Ridge Golf Course (known as Tall Pines Golf Course in the 1950s and ‘60s), Tall Pines State Preserve was originally planned as a housing development with 129 homes in 2006. But a local group in a nature club, including Dilks and led by the recently deceased Chuck Forsman, made an organized effort to acquire the land with the idea of preserving it for the community. The group caught a break when the housing market collapsed in 2008.

Four years ago, the park was formally dedicated, becoming the first state park in the county. Gloucester County had been the last county in the state without a state park or state historical, according to Dilks.

“Every place that’s preserved, when you go to state parks, county parks, municipal parks and even national parks, people forget each one has a story behind it,” Dilks said. “Some man, woman or group saw some value there and said that they needed to do something to preserve that (land).

“The story gets lost over time, but the fact is, is when we have the open space and preserve these natural areas, that’s what really matters.”

And now Noah Kizer is a part of Tall Pines story.

Posted by Friends of Tall Pines Preserve on Sunday, September 27, 2020 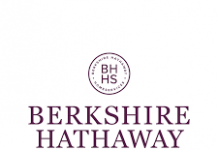 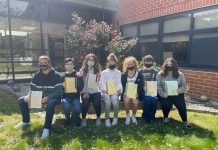 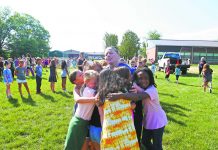