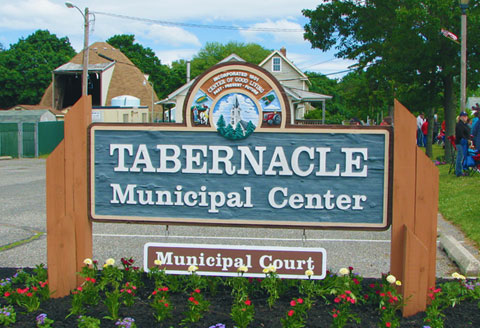 A request from residents has Tabernacle Township officials exploring the cost of opening facilities after hours.

The township is expected to have a revamped website and phone system by the end of the year, as Township Administrator Doug Cramer explained during the Sept. 14 committee meeting. Work on the transition has been done in coordination with the Joint Insurance Fund, but a push by Committeewoman Nancy McGinnis reignited after-hours talks.

“Presently, we provide evening hours in our construction office on Mondays, Wednesdays at our tax assessor’s office,” Cramer shared. “Our staff for our registrar and marriage licenses and those items are done on an appointment basis. (Municipal Clerk) La Shawn (Barber) has done a number of marriages on our meeting nights before one has started.”

Public Works employees receive time-and-a-half for overtime, per labor laws, according to Cramer. Department employees are on a salary and cannot receive compensated days and other staff would be eligible if they are not salaried.

The after-hours proposal was to open township offices once a month on Saturday. Tax, construction and other departments see increased work hours depending on the time of year, but a schedule and accommodations are made in advance to balance those hours and not incur extra costs to taxpayers.

Cramer detailed the township’s laissez-faire collection schedule for recycling and hazardous material: the recycling center is open with two employees once every three months. But administrators and employees noticed residents dumping unacceptable recycling items, so a security camera was recently installed to catch violators.

The administrator cautioned against opening monthly since township recycling carts have been found with soiled cardboard, packing tape, large unacceptable plastics and paint buckets, among other items.

“We have a number of residents who come and are diligent recyclers, and we greatly appreciate that, but we also provide carts and extra carts right now that cost $10 and that’s delivered to you,” Cramer noted.

He estimated costs for opening the center every month would exceed the recycling tonnage grant, which would turn into a mandatory line item budget increase.

McGinnis questioned the costs of opening for three hours and asked why the township does not offer compensated time for employees. Cramer replied by reiterating the legality of scheduling and noted it would cause more issues on his end to fairly dole out time to employees.

He also said dropoffs were used mainly by small businesses in the township and those owners, along with some residents, completely clean out their containers before refusal. Cramer later said that keeping the current approach and speeding the website’s relaunch would help mitigate some residential issues.

“I’ve been hearing complaints from residents over the years of town hall being inaccessible after 5 p.m.,” McGinnis recalled. “I’d be willing to volunteer every month, or the committee can take turns rotating to be there with a township employee.”

Committeeman Sam Moore suggested Cramer analyze the associated costs for opening township offices on a given Saturday before moving forward with a decision. Neither Cramer nor Deputy Mayor Joe Barton recalled a resident requesting the accommodations. Mayor Kim Brown was approached by one resident, but she offered an extra recycling cart.

The township committee requested Cramer report back at the next meeting on Oct. 13, at 7:30 p.m., regarding associated costs for either option. To view the next meeting’s agenda, visit TownshipofTabernacle-NJ.gov.