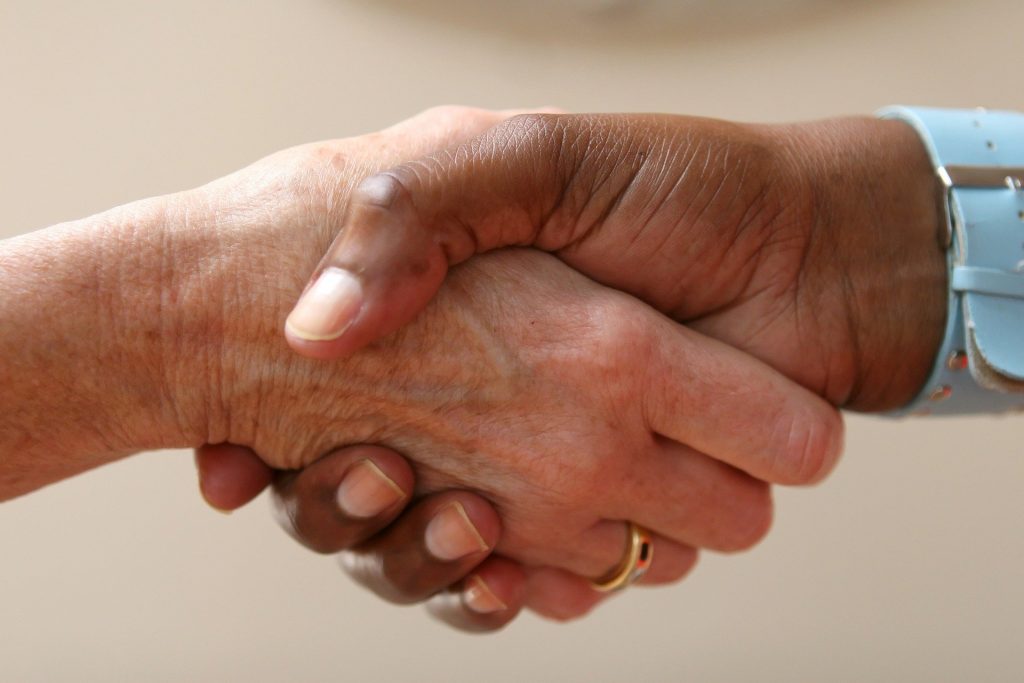 With the COVID-19 pandemic continuing to stretch on, more people than ever could use a blessing. Steve Feerrar chair of the Mission Committee at the First United Methodist Church of Moorestown (FUMC) said when the novel coronavirus threw a wrench into the church’s mission work, they wanted to find a safe way to reach out and continue to make a difference.

So, the church issued their members a challenge. They offered up to 50 members $100 to bless someone. While they could use the money however they wanted, the sole rule was that the money could not be spent on themselves or their immediate family.

What resulted from the “Blessing Challenge” was 34 members giving blessings that ran the gamut. Some members purchased coolers and filled them with ice, water and food, which they delivered to various tent city areas in Camden. Others purchased food from local farmers markets to donate to food banks in town.

Feerrar said the Blessing Challenge was the direct result of all their mission work getting cancelled. He said his committee 2020 objective was to make the church more mission oriented in the year ahead, but when the pandemic struck, they could no longer travel, pack food or do the other planned activities that they’d scheduled as a group.

So, they started brainstorming how members could still perform mission work while adhering to social distancing guidelines. They asked what might happen if they challenged people to do a one-on-one mission project.

“It was a way to get people involved in giving to their community without all doing at the same time,” Feerrar said.

So, they issued the challenge to their members explaining the guidelines in their electronic bulletin. They offered up examples of ways members could make an impact with the money whether it was buying food for the hungry, gifting an iPad to a shut-in or planting a tree in someone’s yard. By July, more than 30 people had signed up to participate.

Barbara Krippel said the bulletin’s timing was quite fortuitous. Just the night before, she’d been speaking with a friend (who would prefer to remain anonymous) that had fallen on hard times. She said her friend does a great deal of service outreach in Camden, and she drives into the city with a car loaded full of food and hands out items to those in need.

When Krippel called to catch up, her friend informed her that both the brakes and muffler had gone out on her car, and her landlord just informed her that he was planning on selling the house she’s renting. So, when Krippel opened her email the next day and learned about the Blessing Challenge, she immediately knew who she wanted to help.

After receiving the money, Krippel asked her friend to meet in person but didn’t tell her why. Upon explaining to her that she was giving her the money, the friend assumed she meant to purchase items for her food service work. When Krippel explained that the money was intended to help her out a bit, the woman broke down in tears of gratitude.

Since her friend selflessly does so much for others, Krippel was grateful for the opportunity to give something back to her.

Ken Hoffner said with so many people out of work and people hurting for human connection, now is the time for their church to share blessings. Hoffner serves as a volunteer English instructor with Servicios Latinos of Burlington County, and so he knew that was where he wanted to direct his blessing.

He said the program provides both English instruction as well as citizenship prep courses to community members. During the pandemic, they’ve continued their outreach work and provided their members with food support where possible.

Given the organization had reached its set food budget, Hoffner called and inquired how he might help. They suggested that he buy gift cards for Aldi, and so he went out and purchased two $50 gift certificates. Within less than 24 hours, the gift cards were distributed to families struggling with food insecurity.

“They were so thankful,” Hoffner said.

The church’s plan is to share the blessings in a series of videos they’ll roll out to their congregation throughout the next few weeks. For those that have asked to remain anonymous, they’re respecting their privacy, but otherwise, they’ll show their members the various ways in which members did some good.

Feerrar said at times, it’s been difficult to keep the church energized during the pandemic given they can’t gather together. So, the challenge has been a way for them to still serve together as a community – even while separate.