The event running through Sept. 30 aims to recoup some of the estimated $300K lost in 2020 fundraising 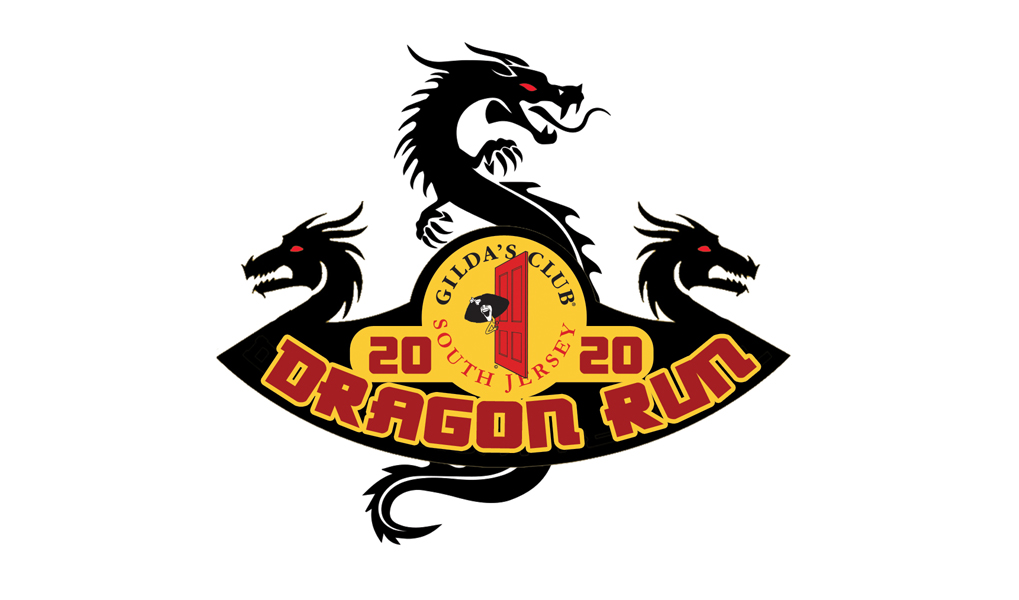 “All day, cancer patients are going to very clinical, sterile settings in hospitals and doctor offices,” Jessica Melville said. “We have a clubhouse, and it looks like a home.”

There are more than 16,000 people diagnosed with cancer each year in South Jersey, and Gilda’s Club is the area’s only cancer support community offering a free, comprehensive slate of psychosocial programs to support adults and children impacted by cancer – both the patients and their loved ones.

While Gilda’s Club South Jersey’s cozy clubhouse with the organization’s signature red front door is nestled in the Linwood suburbs, the nonprofit serves the entire South Jersey region, drawing members from Burlington, Camden and Gloucester counties, in addition to Cumberland, Ocean, Salem, Cape May and Atlantic counties. Gilda’s Club is named for comedian Gilda Radner, who died of ovarian cancer in 1989.

Melville came on board as the GCSJ development coordinator just over a year ago, recently rising in the ranks to development director. Fundraising is a big part of her focus, and 2020 was quite a year to find her footing, to say the least.

“We have canceled multiple fundraising events this year, probably totalling $300,000 in loss for us,” Melville said. “It’s been difficult. We’ve been trying to think of ideas.”

When COVID-19 caused the clubhouse to be shuttered in March, the nonprofit had to regroup and figure out a way to continue reaching and supporting its members.

“We quickly made the change from in-person programming to a digital platform,” Melville explained.

Facilitators and social workers turned to online conference platform Zoom, offering yoga classes, workout videos and more. The majority of clubhouse members made the switch, too.

It was this virtual outreach that helped spark an idea for a new fundraiser.

For the past few years, GCSJ has established a tradition of hosting an annual Dragon Boat Festival every August, a day of competition and camaraderie at Lake Lenape in Mays Landing. The regatta nets about $100,000 for the organization.

Although the 2020 festival was canceled, the event’s spirit lives on in the inaugural Dragon Run – A Virtual 5K. Kicking off on Aug. 30 (which would have been the date of this year’s festival), the grassroots effort runs through Sept. 30, giving participants a month to complete the 5K at their own pace.

“First and foremost, we want our members to join,” Melville said. “And obviously the community – people in the area who know us, who support us, who know someone impacted by cancer – we want them to join, too.”

There are two participation levels. For a $25 Running Dragon, participants receive a drawstring bag with the event logo that is filled with goodies. For a $35 Flying Dragon, they will receive the same, as well as a mystery T-shirt from a previous GCSJ event.

“That’s just as trying to be resourceful,” Melville said with a laugh.

But who doesn’t love a new T-shirt? That, along with the drawstring bags being donated by GCSJ founding member Dorothea Meltzer, means there is essentially no overhead for the virtual 5K, putting the nonprofit in a good place to reach its $5,000 fundraising goal. One day into the month-long event, they were already at $500, so they’re “pretty hopeful,” Melville said.

That makes sense, since hope is the name of the game at Gilda’s Club.

Melville admits as the pandemic has gone on, there is worry. But she credits a fantastic chairman of their board and hard work of their small but dedicated staff in keeping them going.

“Things are moving. Things are happening for us,” Melville said. “We have great leadership. Every one of us that works here has a great positive attitude. We’re pretty confident that we’re going to pull through.

“We do need that support from donors and anyone reading who wants to help us out.”

As a nonprofit, everything Gilda’s Club offers its members – including membership itself – is free of charge. There are workshops, educational lectures, support groups and social activities. While most members hail from Atlantic and Cape May counties, Melville sees a silver lining in the organization’s current virtual platform.

“We think it’s an invitation for people from other counties and other areas to join in,” Melville said. “We would love to branch out further. Even though we have the demographic area of all of South Jersey, the majority of our members are fairly local.

“We would love the people in other counties west of us to know that we’re here.”

To join in the Dragon Run – A Virtual 5K, visit www.charity.gofundme.com/dragonrun or call Gilda’s Club South Jersey at (609) 926-2699. Learn more about GCSJ at www.gildasclubsouthjersey.org. Gilda’s Club is also raffling off a 2020 Kia Telluride this year. Tickets are $20 (with a maximum 5,000 tickets to be sold) and can be purchased at https://gcsj.gnosishosting.net/Portal/RaffleTickets. The winner will be announced in December.