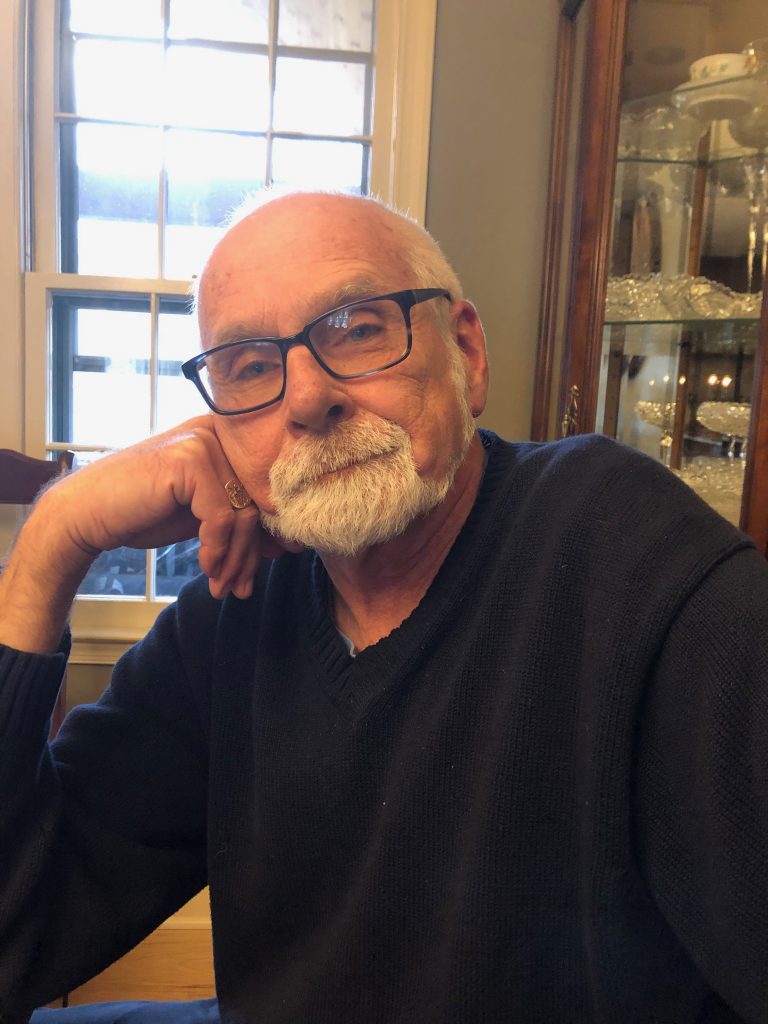 Sometimes inspiration can come from the most unlikely of places. For Delran resident and author John Toppin, that place was the obituary section of the local newspaper.

This August, Toppin penned his 13th novel, “The Strange and Untimely Death of Adele Miller Witherspoon.” Set in Moorestown, it features characters based on people he met while teaching at the township’s William Allen Middle School and Bishop Eustace Prep in Pennsauken.

Toppin said in recent years, he’s made a habit of looking at obituaries to see if any of his former students appear. He’s grateful that for the most part, he hasn’t seen very many.

Early this month, Toppi was doing his usual perusal of the obits when he thought about how lucky he was to not have his own name among them. But he wondered: What would he do if he spotted his own name? The idea left him so intrigued, he decided to write a story based on that premise.

The independently published book follows 82-year-old Adele Miller Witherspoon, who finds her name in the obituaries one morning. The plot follows her as she tries to uncover the mystery of how her name got there, and her search leads to the death of her Uber driver, a bodyguard, a policeman, two lawyers and a B-list movie actress from the ‘60s. A female detective from the Moorestown force plays a crucial role in the story as the protagonist circumvents the plot’s twists and turns.

Toppin’s previous books have spanned a variety of subjects. He’s written a four-part mystery series, published two works of historical fiction, written one book filled with school administrative writing, penned two books for his granddaughters and churned out three books he classifies under the subject of general thoughts.

Toppin worked in the Moorestown school district for 34 years. After graduating from Elizabethtown College, he took a job at Allen middle school, where he started out as a social studies teacher, went on to become history supervisor and ultimately served as principal. He retired briefly, but decided to give teaching high school a try and taught history and criminal justice at Bishop Eustace.

“I was very fortunate to work in two really good schools with a lot of great people,” Toppin said.

Always an avid reader, Toppin said it wasn’t until his second go at retirement that he began writing books for publication. He’d always wanted to write a book, but put it off for years.

One night, Toppin was out to dinner with his friend and former coworker, Wendy Frantz, who inquired about what he was doing in retirement. He explained he was trying to write a book, and she offered to help him with it. Together, they penned “The Girl in the Argyle Socks and The Boy with a Gold Nose Ring,” published in 2019.

From there, the floodgates opened: Toppin wrote 11 books in one year. He wasn’t planning on writing another one after his first, but every subsequent book just seemed to flow out of him. Once an interesting idea struck, he played around with it. He wrote “The Strange and Untimely Death of Adele Miller Witherspoon” in a mere nine days.

“The more I’ve been doing it, the easier it’s become,” the author said.

Toppin’s 13th work is different: the first to feature characters taken from real life. All of its  characters are based on people he met while working at both Allen and Bishop Eustace.

Toppin said those he’s told about the book are eager to see their names in print, though he  admits he’s not sure how his friends and former coworkers will feel about being killed off.

“The Strange and Untimely Death of Adele Miller Witherspoon” is currently available on Amazon.