Earlier this month, New York state authorities reported sightings of the spotted lanternfly for the first time on Staten Island. But for residents of South Jersey and the tri-state area, sightings of the invasive species are already common.

State officials raised the alarm last year that the insect had traveled to New Jersey from Pennsylvania, having lived across the Delaware River for at least six years after somehow making its way to the area from its homeland of Asia. An infestation in Berks County, Pennsylvania, in 2014 prompted New Jersey to attempt an eradication of the cluster and stop it from growing.

The Sun spoke with Camden County Entomologist Lauren Bonus last August regarding  the most wanted insect in the state. She touched on the threat the spotted lanternfly poses to the environment and suggested what residents should do if they spot it. But in just 12 months, state plans for dealing with the pest have changed.

“Last year, I was taking reports of sightings from residents across the county when people would call the county after seeing them and we were reporting them to the state,” said Bonus. “However this year, they’re so widespread that the state isn’t as interested in reporting anymore. If you call them you can still report it, but I’m no longer tracking them at least.

“Right now, it’s just a matter of if you see them, kill them. That’s the message we’re trying to get to people right now.”

According to Bonus and officials in New Jersey, New York and Pennsylvania, the spotted lanternfly poses a tremendous threat because it can feed on and destroy up to 70 different plants and trees in the tri-state area, many with agricultural importance.

The bug feeds by lathing on a tree or plant and sucking the sap out, eventually killing it before moving on to the next victim. As a result, Bonus explained, the insect’s widespread migration can cause massive environmental damage and threaten the agricultural economy as it attacks grape vines, hops, ornamentals and other growth.

The insect, however, is harmless to humans.

“They’re not harmful to you or your pets, but they pose such a threat to a lot of things we care about in nature,” Bonus noted. “And because they’re an invasive species, they don’t have their natural predators to keep their numbers in check, which is why they’re growing at an exponential rate.”

The insects are approaching adulthood through the end of August, and later this fall,  they will lay their eggs on trees. Since the insects only produce one generation a year, stomping, swatting and squishing them to death could potentially slow or even stop their future growth.

The best way to make progress in the fight against the lanternfly would be to scrape   egg masses on trees in late fall and winter if residents can spot them, according to Bonus. Camden County and the state are discussing ways to address future problems  with the insect without the use of pesticides.

The county is also discussing the idea of a pilot program next year that would utilize sticky tree bands to trap the spotted lanternfly next spring, before it can grow and feed on trees, and prevent it from laying eggs. 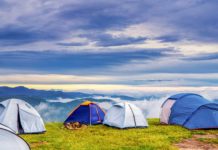 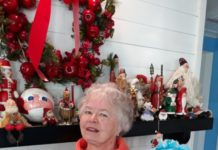