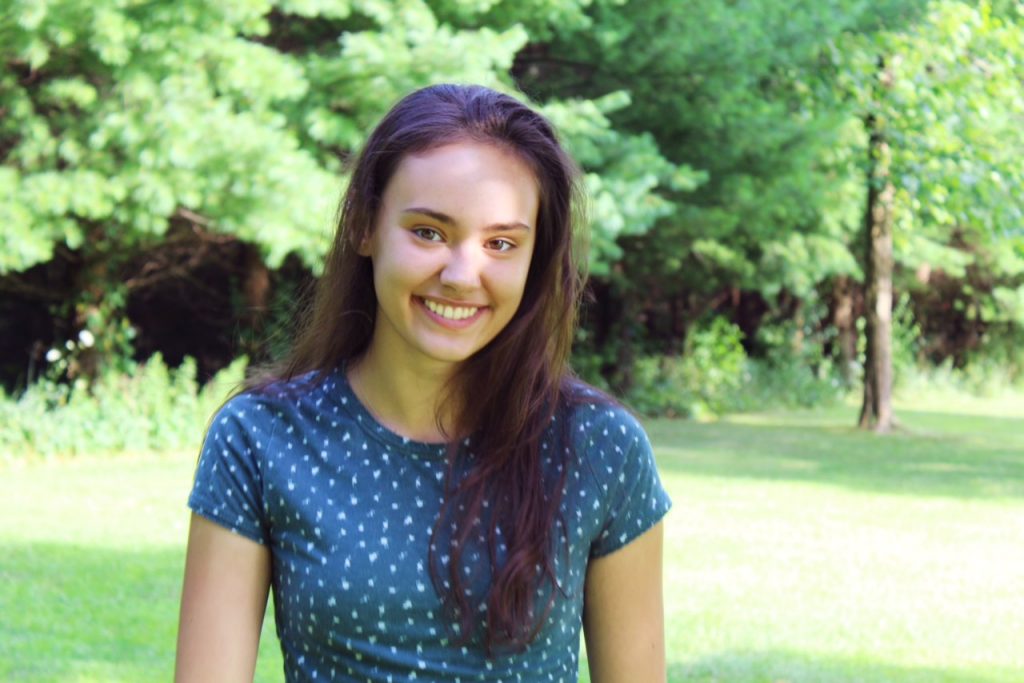 After a five-month absence due to COVID-19, schools across the country are opening again, returning to in-person education throughout August and September.

While not codified by law, school districts have had the unenviable task all summer of trying to figure out just what that means.

Last month, the Haddonfield district rolled out two different models for students: a hybrid educational model that combines in-person and virtual instruction, as well as an all-virtual model for students and parents who decide it’s best to stay home.

Arabella Nobel is a rising senior at Haddonfield Memorial High School, and she’s understandably conflicted about what will happen once classes begin on Sept. 8.

“I’ve gotten used to some of the things that are required now: social distancing, wearing masks, but I haven’t been inside school for so long, I’ve disassociated from that feeling of going to school because I’ve lived so long inside this new reality,” she admitted during an Aug. 12 conversation with the Sun.

“It’s important to realize that ‘normalcy’ cannot be gone back to. I think that we’ll find a new normal and adjust, find peace in a new way with the way things will be in the future.”

Ultimately, Nobel chose to return to HMHS for the hybrid option, so she will return to the stately building on Kings Highway for two days a week and stay home the other three for online instruction.

“My mom was surprised when I said that, because I’m a realist,” she said. “But I tend to get anxious about certain things, and I struggle a bit with germophobia.

“But I opted for it (the hybrid model) because I need to force myself to have some kind of connection, because I can’t shut myself off and not have a life during my senior year,” Nobel added.

“I want to be able to leave HMHS with a memory of being in the building. Even if things go all virtual, I still want to have those precious memories (of interacting) within the building itself.”

Given the commotion in the previous week regarding North Paulding High School in Georgia — where a student posted an image to social media of the school’s hallway packed with students — Nobel recognizes both students and teachers have legitimate gripes, and that there are no easy solutions.

“I feel for the educators told to go back and the students who are compromised and unsure what to do. There’s no right call,” she noted.  “The people around me, my fellow students and I, feel it’s scary to come back. Things can change in a week or a month and we could be sent back.”

Nobel cited the comfort level she and her fellow students attained with new teachers last year — before the pandemic forced classes to go online — as a calming force. But this year, she noted, that dynamic is unlikely to exist, and, with the resulting uncertainty of daily life, it could be a recipe for disaster.

“Fear makes people do crazy things, and I’m not looking forward to that,” Nobel lamented. “It’s not anything seen before and it’s a conflict that will bring out certain things in people that may not be the best.”

Earlier on the day of her interview with The Sun, Gov. Murphy declared  any school district that cannot meet baseline safety standards for in-person education upon opening next month can opt to begin the school year fully online.

For students like Nobel, who are reaching a milestone grade level after living through the abrupt end to their in-school learning, the result would appear to be a negative in some respects.

“Some days, I really struggle and some days I am really sad,” she said. “There is this thing we cannot control or change, and we have had to show a lot of resilience to move on.

“But it wasn’t until we’ve been out of school this long that I realized casual social contact is something I took for granted before,” Nobel continued.  “Now I see how much more important it is to mental health.”

As far as her class schedule is concerned, Nobel might benefit from the best parts each facet of the hybrid education model provides.

“A subject like math is one I do better while in school, because the teacher’s there and I can benefit from asking questions and that close contact always helps,” she said.

“I’m also taking AP Psychology, and looking forward to digging into it, and doing all the work by myself.”

According to a newsletter sent to all HSD parents on Aug. 16, 87 percent of district parents and guardians chose the hybrid educational model for their children. The district is expected to make a final presentation, for approval by the board, regarding finalized versions of both education models. That will occur at the board’s  next open public meeting on Aug. 27.