Nate Kleinman is a farmer. Specifically, he is co-founder of the nonprofit Experimental Farm Network, an open organization aimed at combating climate change by developing the crops and agricultural systems of the future

Kleinman wasn’t on a farm, but at a friend’s house in Deptford Township two weeks ago, when he suddenly felt drops of liquid falling onto his arm.

“I thought maybe rain was falling off the leaves, since it had rained about 20 minutes earlier,” he said. “And then I realized they were coming in little bursts … It happened a few times and then I realized it was a little bit sticky. And I stood up and started looking.

“And they were right there hiding in plain sight.”

The culprit was the invasive spotted lanternfly, which can cause serious damage in trees and crops. It has officially arrived in the town.

“The spotted lanternfly is a pest that affects the quality of life of Gloucester County residents,” Freeholder Director Robert M. Damminger said. “We have to combat this insect so it won’t attack the crops that make up a large part of Gloucester County.”

An insect native to China, Bangladesh and Vietnam, the spotted lanternfly arrived on American shores (accidentally, on a ship into New Jersey bound for Pennsylvania) about a half-decade ago. Its infestation began in Berks County, Pennsylvania, working its way through that state and, within the last year, New Jersey, too.

“They’re only getting worse and it’s likely to continue to get worse before it gets better,” Kleinman said. “I haven’t seen a good map, but they really seem to be spreading in every direction. I know they reached Camden County in the last year and now they seem pretty firmly established in Gloucester County. I’m sure they’re going to start showing up in Salem and Cumberland pretty soon. I’m worried about all of the wineries and peach orchards and apple orchards. It’s not going to be good.”

The spotted lanternfly is a major threat to the agriculture industry and could have a devastating effect on the people who work in the grapes, apples, hardwood and hops industries.

Since Gloucester County has copious farmland and spacious rural spaces, the lanternfly, which looks moth-like as an adult and similar to a ladybug as a juvenile, has the potential to continue running amok. In addition to hops and vines, the insect can be destructive to black walnut trees and some species of both maple and oak trees, too.

When spotted lanternflies eat, they excrete a sugary substance (which was “raining” onto Kleinman two weeks ago) that results in growth of black mold. Although harmless to people and animals, the mold causes damage to plants.

So what should you do? It’s fairly simple: Kill them. But be warned; that’s sometimes easier said than done.

Two days ago I had my first encounter with a notorious villain, though it surely won't be my last. This dreaded scourge…

A spokesman for the New Jersey Department of Agriculture had three bullet points about the spotted lanternfly to pass along:

And while you may see the adults hopping around your yard now (they especially like the invasive plant Tree of Heaven), you’ll also want to be on the lookout for the eggs they’ll begin laying shortly.

“In the fall, once they start laying eggs, look for egg masses and destroy them,” Johnson advised. “They can lay eggs on trees and once they do that, it sort of blends in, like a glaze. They’ve been known to lay them on brick and also patio furniture. You can take a harder plastic, like a thick credit card, and scrape them off, put them into a plastic bag and put alcohol in the bag and make sure it’s sealed up to dispose of them.”

Even when the summer ends, the battle against the insect will continue.

“The spotted lanternfly dies during the winter, but their eggs survive through the cold to hatch in the spring,” said Gloucester County Freeholder Jim Lavender, who works as a liaison to the Department of Parks and the Office of Farmland Preservation.

“They do not attack people, pets or livestock, but the effects on trees and other plants can be devastating.”

Dealing with the spotted lanternfly is an all-hands-on-deck situation and residents have to do what they can to slow its spread. One solution that has worked in preventing them from scurrying away is to mix one cup of Epsom salts with two cups of water into a spray bottle. Spray. Kill.

“I’m cautiously optimistic that we’ll figure something out, and that’s only because there are so many people working on it right now,” Kleinman said. “This is a pest that has potentially wide-ranging effects on both cultivated landscapes and natural landscapes. So it’s an important one to try to get under control. But realistically, it’s probably kind of a crapshoot.

“It’s really just a constant battle against these invasive species,” he added, “which is why it’s really important that people follow the rules when it comes to importation of new plants or any goods that may be carrying along pests with them. We have plant inspection stations all over and paperwork that has to be filled out at airports … A lot of people sneak something in their bag and they think it’s not a problem. But it has a potential to be a big problem.” 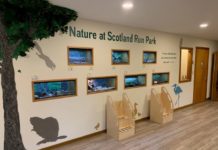 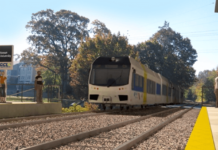