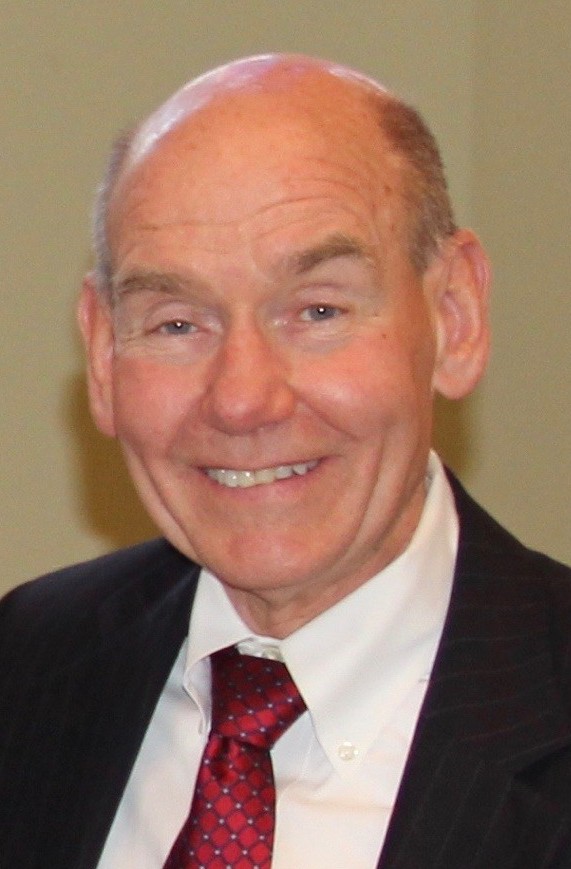 Robert “Bob” Bruce Hill, M.D., F.A.C.S., of Hockessin, Del., passed away at his home on July 12, surrounded by his loving family, at age 72, after a year-long struggle with brain cancer.

Robert was born in Pittsburgh, son of the late Robert Maxwell and Elizabeth Marie (McCarthy) Hill.

He began his secondary education at Chaminade College Preparatory School in St. Louis, then attended St. Louis University (a Jesuit Institution) for his undergraduate studies. Bob attended medical school at the University of Texas, Southwestern, in Dallas, and then went to complete his General Surgical residency at the University of Pennsylvania. During his residency, Bob met his wife, Catherine Rash Hill, who was an R.N. at Penn.

The couple was married in September of 1978. In 1979 Bob was deployed on the USS Nimitz for active duty in the Iran Crisis, which was the first aircraft carrier deployed. Bob was a Lieutenant Commander and Surgeon on active duty in the U.S. Navy. He was also the surgeon for the Seventh Fleet and the expeditionary forces to the MidEast, aboard the USS Midway where he joined his brother who was a helicopter pilot.

During his military career, Bob traveled extensively to Iceland, Western Europe and through Asia. Following his service in the US Navy, Bob served as a trauma surgeon at the Regional Trauma Center at Cooper Hospital in Camden. He was also an Assistant Professor of Surgery at Rutgers University of Medicine and Dentistry of New Jersey. Bob then went on to open his solo private practice in Haddonfield. He was the first surgeon to perform laparoscopic surgery in Camden County. He also went to the Ukraine to teach surgeons this procedure.

Bob ran a busy and successful surgical practice for 33 years, before retiring in 2017.

In his retirement Bob was dedicated to his family which even included him being an assistant baby-sitter to his grandchildren. Bob was a devoted Catholic, attending mass daily and would often spend time praying for his patients. He was a kind, concerning and extremely generous man and loved being a surgeon. Bob adored his dog, Lady Katie.

Bob will be dearly missed by his wife of 43 years, Cathy Hill, his children; Bridget Hill-Zayat (Salim) and Lauren Patrick (Jonathan), his grandchildren: Colin Zayat, Robbie Patrick, Ellen Patrick and Catherine Patrick, his twin brother Ronald Hill (MaryAnn) and many nieces and nephews. He was loved by all.

A Private Mass of Christian Burial will be held at St. Joseph’s on the Brandywine Catholic Church, Greenville, Del.. Interment will follow in the adjoining cemetery.

In lieu of flowers, memorial contributions may be made in Bob’s memory to the Glioblastoma Foundation at https://glioblastomafoundation.org.

Partnership for Haddonfield to hold next meeting on Tuesday