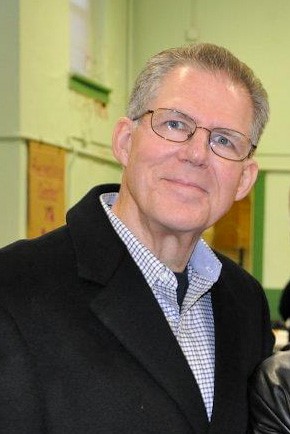 John C. Stokes, longtime Haddonfield resident, passed away on July 14 at the age of 70. He was the beloved husband of Linda (nee Baud), loving father of Daniel (wife Stephanie) Stokes of Wenonah, and Wendy Donaway of Manahawkin, devoted grandfather of Kiera Stokes, Logan and Shellby Donaway, as well as the dear brother of Robert Stokes.

John was a Haddonfield Memorial High School graduate, class of 1968, earned his bachelor’s degree at North Carolina State, was an N.J. Professional Planner and member of the American Institute of Certified Planners. He was one of the chief authors of the Pinelands Comprehensive Management Plan, the rules that govern land-use, development and natural resource protection in the 938,000-acre Pinelands Area of southern New Jersey. He then spent his career with the NJ Pinelands Commission — the independent state agency charged with preserving, protecting and enhancing the natural and cultural resources of the Pinelands — before retiring as its Executive Director in 2011.

A viewing for John was to be held on July 20, from 9:30 a.m. to 11 a.m. at Kain-Murphy Funeral Services, 15 West End Avenue. For everyone’s safety and well-being masks are required inside the building and social distancing guidelines will be adhered to. Service and Interment will be held privately. In lieu of flowers, donations in memory of John may be made to Haddonfield Lions Foundation, P.O. Box 401, Haddonfield, N.J. 08033.