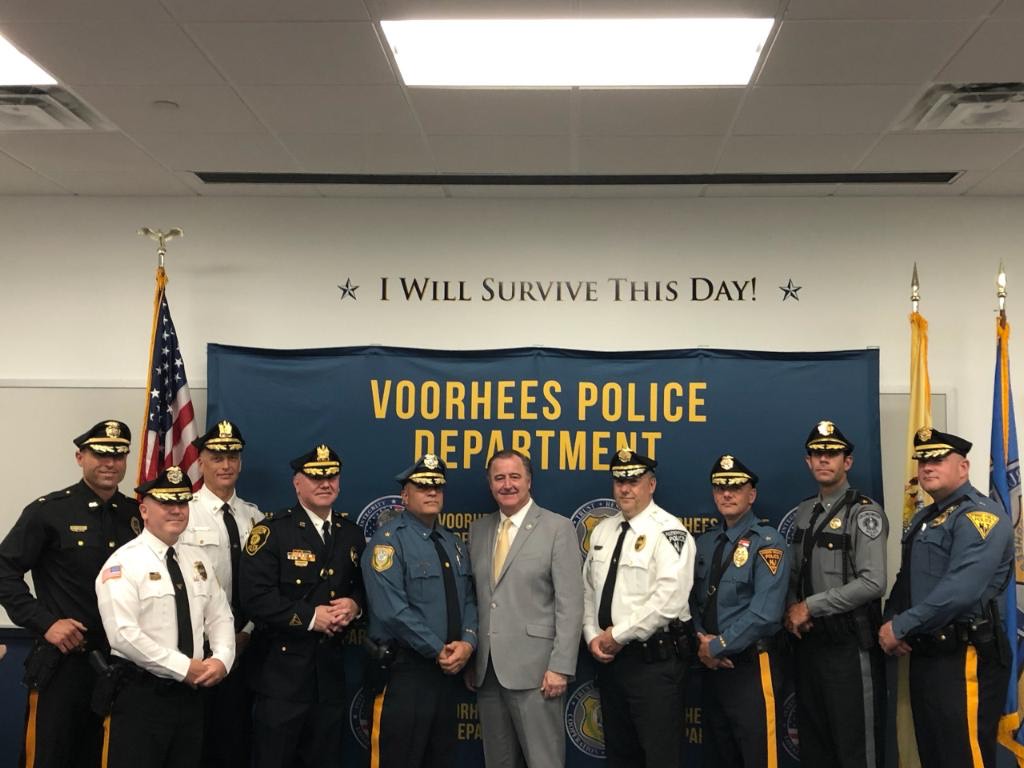 Voorhees Township Chief of Police Louis Bordi has been named president of the New Jersey State Association of Chiefs of Police for one year.

Police chiefs in the state of New Jersey must be recommended by their respective county association in order to be eligible for entry into NJSACP.  Bordi, who has been Voorhees’ chief of police since 2012, has been with the organization for eight years.

The association, Bordi said, is a leader in executive training programs for chiefs in both the state and region, with people from across the country attending training that allows officers to enhance their skills while also learning best practices in the profession.

Having served as NJSACP vice president over the past four years before being named president last month, Bordi looks forward to focusing on one specific area in the state, while continuing to keep officers and the community safe during the COVID-19 pandemic.

“Your responsibility and role increase as you move towards the president’s chair,  and then the year that you’re president you are the face and voice of the association,” Bordi explained.

“The year that you’re president, you have the opportunity to implement programs, but to be honest, this year the program is mostly just to get through COVID-19 while trying to continually improve our profession,” he added.

“I still, though, plan to address crisis intervention training at some point because there is such a calling for improvement in that. That is something that’s very important to me.”

In recent weeks, much of the country has seen demonstrations and civil unrest, with protesters calling for police reform or even defunding of police. Bordi said  he and others are always looking to improve on the job and better themselves in the profession, but that calls for police reform are not reflective of New Jersey police officers.

“I’m certainly not going to speak negatively about other police departments or other state police departments, but our policies and procedures have been in place for such a long time that we will continue to improve even in the face of what’s going on,” Bordi noted. “We are industry leaders in New Jersey. A lot of what you see in terms of states and municipalities newly instituting because of calls for change are things that New Jersey has already been doing for a long time.”

“Our mission is simple … to promote and enhance the highest ethical and professional standards in law enforcement at all levels throughout New Jersey,” he said. “Everything we do has to go back to that; that’s our litmus test right there.”

Bordi was named president during a ceremony at the Voorhees police department at the end of June, alongside township Mayor Michael Mignogna and other fellow police chiefs from other state departments.

Mignogna said he and Voorhees Township residents should be proud to see Bordi continue his rise through the ranks and be a leader in state policing.

“For almost three decades, Chief Bordi had been an important part of the Voorhees Township Police Department,” the mayor added. “During his tenure as chief, he has revolutionized the VTPD in several areas, with a particular emphasis on community policing through community engagement and school security.

“Voorhees has been at the forefront of making sure our precious children are kept safe at school.