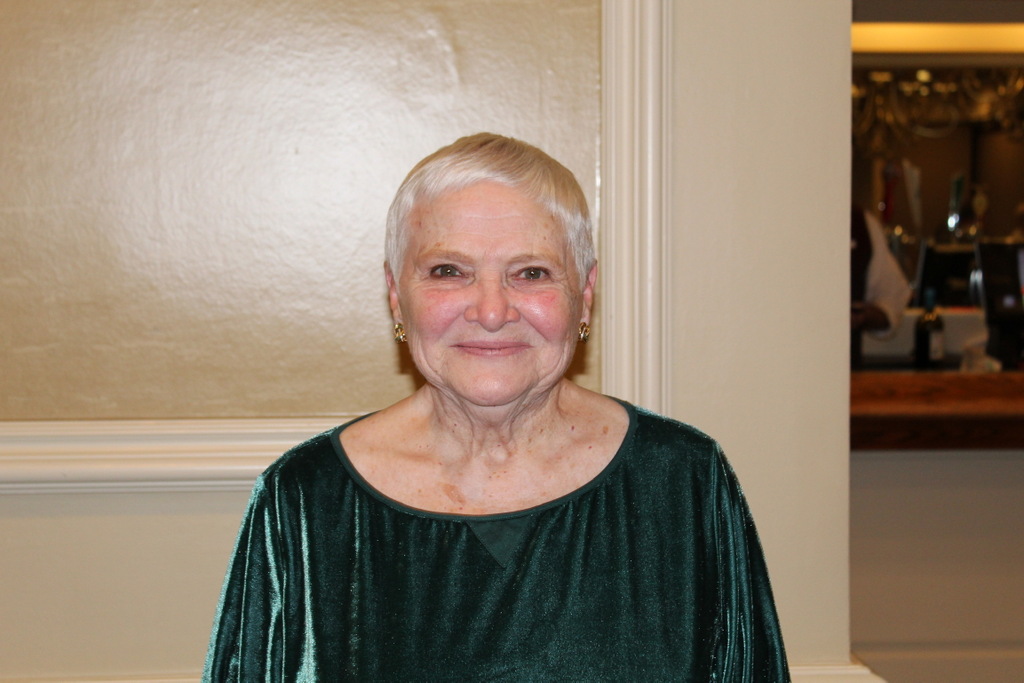 Capping years of involvement with the organization, Joyce Albrecht was selected as the next president of the Haddonfield Area Lions Club on July 1.

She became the fourth female head of the club in its history, but the impact of the milestone has been muted due to a national crisis. Albrecht’s one-year tenure, following in the footsteps of immediate past President Alan Stedman, began as the ongoing pandemic has created some pressing issues for the club’s viability. Unable to personally venture into the community, the Lions are facing some tough decisions ahead.

“You just don’t know about anything with this pandemic,” Albrecht offered during a conversation with the Sun on July 8. “Since March, everything we’ve wanted to do has been cancelled. Looking ahead, we just can’t tell.”

“Will we be able to have things like the flea market? Don’t know. It might go on with a limited number of people attending. You have to do some planning, but you also have to have some flexibility and creativity,”

In a typical year, the Lions sponsor five major community service projects  and conduct five different fundraisers. All of the money goes to the Haddonfield Area Lions Foundation, which

donates over $25,000 each year to worthy community causes. Coronavirus has brought it all to a halt.

“And so, a lot of our fundraising has come to a stop. It’s rather difficult to carry out any activities towards that end,” Albrecht lamented.

“We’re meeting on July 16 and trying to work some of this out. I wish I had an answer. The club is going to have to prepare for any activity and prepare for its cancellation. I don’t know where to go with that, unless someone at the meeting has an idea.”

One thing the Lions were able to do was donate $2,000 last month to Camden’s  Cooper Foundation for the purchase of personal protective equipment (PPE). The foundation supports front-line, health-care workers.

“This Lions group is such a diversely talented group,” Albrecht noted. “When we have some activity or mission, there’s alway several people who know what to do, and can lead us.

“It just amazes me.”

The borough native, a proud graduate of Haddonfield Memorial High School’s class of 1957, taught English and history in the Haddon Heights school district for four decades. Albrecht was a natural fit for the Lions, owing to her work with the visually impaired.

Albrecht recalled a music teacher colleague who eventually lost his sight due to macular degeneration, as well as a young man from a neighboring town who needed the district’s help to purchase an expensive device that  would help him with visual difficulty.

The former situation led her to Best work Industries for the Blind, a Cherry Hill-based nonprofit business. There, blind and visually impaired people  who want to find employment can do so, training to perform meticulous sewing for military uniforms.

“That’s where I first got interested after retiring, and that led me to the Lions Club, because of its lasting commitment to purchasing eyewear for the visually impaired or blind. And to buy glasses for people who cannot afford them,” Albrecht said.

Times are tough, but the friendly rivalry the Lions have with another local service organization is about to be put on hold for the greater good.

“We’re going to try and contact the Rotary and see what they can do to help us,” Albrecht revealed. “We have one activity together, where we have a friendly trivia contest night. We look forward to having one or more fundraisers together. I haven’t talked to them yet but it’s on the docket.”

Retirement has done little to slow Albrecht’s commitment to service, which will be tested in the coming year.

“When I retired, a friend of mine asked what I was going to do now that I didn’t have to do all this running around,” she said. “I thought, I finally have some time to give back. And that’s what I’ve been doing. I enjoy my involvement in all this. It helps people.

“Kindness matters,” Albrecht added. “And to me, that says it all. That’s our driving mission.”