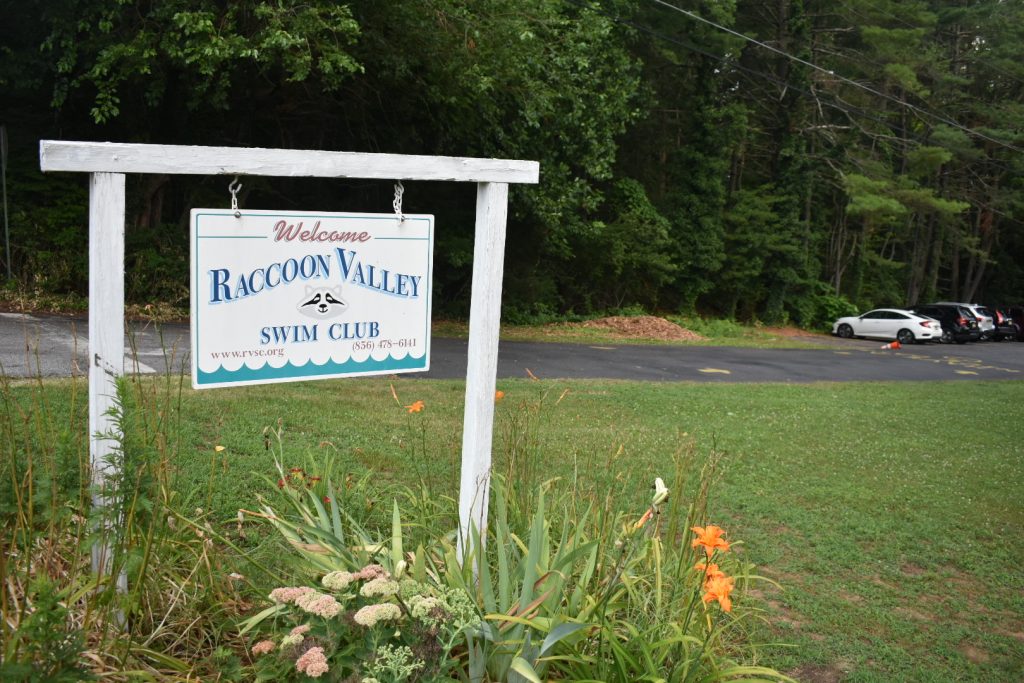 While the COVID-19 pandemic has caused the summer of 2020 to look unlike any in recent memory, one staple of the Mullica Hill community has brought residents a small sense of normalcy.

Raccoon Valley Swim Club opened its doors to members on June 22 for the first time in the summer. The club, which mainly attracts members from Harrison, Mantua and Woolwich townships, was able to reopen after Gov. Phil Murphy permitted the operation of outdoor swimming pools across the state that were previously closed due to COVID restrictions.

Even though Raccoon Valley opened a few weeks later than normal, the swim club spent the spring constantly monitoring the news and preparing for a possible opening. Jon Steward, president of the club’s board of trustees,  detailed the process and the club’s safety precautions in an email to The Sun.

“We started talking about it in early April, but there was a lot of uncertainty at that time about whether we would even be able to open,” Steward said. “USA Swimming released guidelines on how to safely operate pools on May 2 and the CDC issued guidelines on May 27.

“Throughout the month of May, we were monitoring the requirements that other states were putting in place, how swim clubs in those states were implementing their plans, and communicating with our membership and the Gloucester County Department of Health.”

Even though the department of health didn’t issue guidance for pools until June 10, the swim club already had much of its reopening plan set prior to that date. A few tweaks were made to meet New Jersey’s requirements and in response to feedback from Harrison Township and the Gloucester County Department of Health prior to opening.

In order to make sure the new regulations were being followed properly, Raccoon Valley held a special training session for its lifeguards in early June. The sessions went over the extra cleaning and sanitization required for the club; changes involving club rules; and information about COVID-19, how it spreads and how its spread can be prevented.

“Almost all our lifeguards are also members of the club and on our swim team,  so they want to do what they can to keep their friends, family members and fellow members safe,” Steward said. “Lifeguards already have a mentality that they are there to keep people safe, so adding a component of doing what they can to keep members and guests safe from COVID-19 is an easy addition.”

Prior to entering the club each day, all staff members undergo a symptom and temperature check. Any staff members showing COVID symptoms or reporting a fever are not permitted to work. Steward said the club has asked members to not come to come to work if they have symptoms.

One of the advantages Raccoon Valley has is it rarely comes close to operating at full capacity. While state regulations restrict swimming pools to 50 percent capacity, Steward said the swim club rarely approached that number in recent years. While there are provisions in place if the swim club fills to capacity, the club has not needed to enact them yet.

The biggest changes involve a reduced amount of shared seating so social distancing can be done. The club has used some of its lawn to create socially distanced areas where members can bring chairs. The club is also unable to provide pool toys, but members can bring their own from home. Diving boards, slides and the club’s playground were not permitted to open with the pool.

Despite the restrictions, Raccoon Valley has continued with its swim lessons on a limited basis. Even though all local summer swim leagues have cancelled their meet seasons due to COVID, the club’s Masked Bandits swim and dive team still has workouts.

“They are having a great year,” Steward said. “We have more divers on our team this year than any year in recent memory.  The coaches have had to limit the length of some sessions and the size of some age groups in order to accommodate social distancing, but it seems to be working out well.”

The swim team hopes to have some modified informal swim meets later in the summer if logistics can be worked out and the events can be held safely.

The club was able to open despite COVID causing some financial strain. Cancellations of summer events, outside parties and social activities  eliminated some of the club’s typical revenue. Steward also noted that COVID  prevented the club from doing its normal pre-season marketing to attract new members, while some members opted not to return this summer.

“All of our fixed costs like property taxes, insurance, chemicals and utilities stay the same because we needed to have the pool ready almost the same amount of time even though we couldn’t open until late June,” Steward stated.

“We have been part of the community since 1957 and have been through a lot of ups and downs. It looks like we should be able to make it through this challenge too,” he added later.

While there have been plenty of challenges, Steward was optimistic as Raccoon Valley entered its third week of operation and said the board of trustees has received a lot of positive feedback from its members since the reopening.

“There is still a period of adjustment and learning, but overall we have been really happy with how the membership responded,” Steward said. “Raccoon Valley Swim Club is not a large public pool where hundreds of people that don’t know each other come and go.  We are a small club and most everyone knows each other and is from the local community.”

Memberships to Raccoon Valley are still available for this summer. To review the membership options, visit www.rvsc.org/packages or check out the club’s Facebook page at www.facebook.com/raccoonvalleyswimclub.