A kayak plus some fishing gear equals a day of fun and relaxation for many local veterans, active-duty military and first responders.

Over the past three years, Heroes on the Water’s South Jersey chapter has hosted more than 20 kayak fishing events to provide those who served in the military or as first responders an outlet to reduce their anxiety, lower their level of stress and enjoy a fun activity with families and friends.

The chapter is bringing one of its events to nearby Scotland Run Park in Clayton on Saturday, Aug. 8. The aforementioned groups can attend the kayak fishing day with their families.  It is one of several Heroes on the Water events scheduled around the region in August.

“We did 13 events last year,” said Emily Reid, community outreach coordinator for the South Jersey chapter. “We usually start our events in May, when it starts to get nice out, and we usually wrap up in September.”

The South Jersey chapter of Heroes on the Water was officially formed in November of 2017. Since that time, it has held more than 20 events where veterans, active military and first responders are invited out to a local park or lake to enjoy a day on the water.

Heroes on the Water has more than 50 chapters throughout the United States. Founded in 2007, it was started to improve the lives of veterans, active military and first responders and their families by reducing the impact of post-traumatic stress and traumatic brain injuries through kayak fishing events.

The impact of Heroes on the Water’s events was detailed in a Troy State University study examining how alternate forms of therapy can help people who faced traumatic experiences. The study showed Heroes on the Water’s kayak fishing events reduced overall stress by 56 percent, avoidance behavior by 63 percent, hyper-vigilance by 62 percent and nightmares by 60 percent.

“One of the biggest things is just people getting out of their house, meeting people and feeling like they have someone else they can connect to,” Reid noted.

The Aug. 8 event at Scotland Run will begin with volunteer sign-in at 7 a.m. Participants can begin arriving at 8 a.m. and will be greeted with a free breakfast. Kayaking and fishing will begin at 9 a.m. and continue until 4 p.m. Lunch is provided in the early afternoon and beverages will be available all day.

Veterans, active military or first responders are invited with  their families to stay as long as they wish at the park.  There is no cost for the participants, with Heroes on the Water providing all of the food, beverages, kayaks and fishing gear.

“If you’re a veteran or first responder, you don’t have to have a fishing license,” Reid added. “We get that waived for you.”

Community members who are not among the intended groups can still get involved as volunteers.

Volunteers are also needed to teach any participants how to paddle a kayak or fish. The organization also provides tandem kayaks for small children or individuals who need assistance with paddling.

Heroes on the Water’s South Jersey chapter is entirely volunteer-run, with none of the five members of its leadership team collecting a salary. All money raised for the organization goes directly toward the events it puts on every summer.

“It’s an awesome organization,” Reid said. “I can just see the people that enjoy it so much, the volunteers and the participants. It helps relieve stress and anxiety, issues people get from PTSD. Plus it’s free.”

Participants and volunteers can sign up for the Aug. 8 Heroes on the Water event at Scotland Run Park by visiting www.eventbrite.com/e/how-south-jersey-scotland-run-tickets-99858543592. More information on the South Jersey chapter is also available on its Facebook page, www.facebook.com/SouthJerseyHOW. 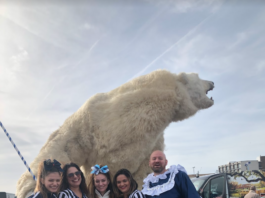 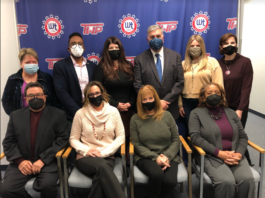 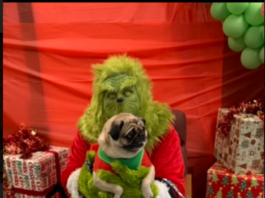