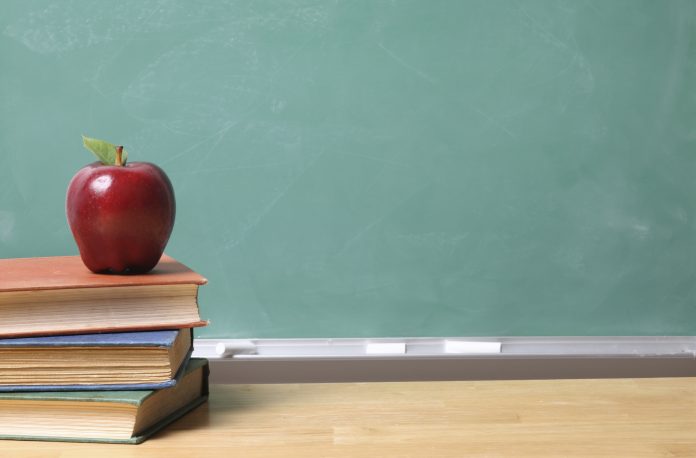 Monroe Township’s Board of Education vice president recently submitted his resignation after a racial sensitive post on his alleged Facebook account caused an outcry in the community.

Monroe Township Public Schools confirmed that board Vice President Jeff Simpler resigned his seat on July 3, shortly after a screen shot of a post on what is believed to be his Facebook page was shared and criticized in multiple local Facebook groups.

The screenshot of the post showed a link to a news story on the website of ABC7, a television news station in New York City. The story was posted on the station’s website on June 27 and reports a recent uptick on gun violence in New York City.

Above the link, Simpler wrote a few sentences that appeared to be directed at the Black community.

“Well, there is one way to stop this (expletive) since they seem to wanna keep it up,” the post read. “As much as I hate to say this. Stay out of the way and let them kill each other sooner or later they will run out of other Black people to kill.”

According to his Williamstown Sun Meet the Candidates profile from last fall, Simpler is a U.S. Army veteran and retired U.S. postal worker. He was the board’s longest-tenured member, having first joined to fill a vacant seat in September of 2010. He was elected to his first full term in spring of 2011 and later reelected to a three-year term in 2014 and an unexpired, two-year term in 2017. Last fall, Simpler was reelected again to a full, three-year term.

Simpler’s post was shared on numerous social media group pages, including Black Lives Matter – South Jersey, where the post got more than 100 comments from users, many  of whom described it as “shameful” and “disgusting.” One of the many people who saw the post was Monroe Township Councilman Cody Miller, who serves as the council’s liaison to the board of education and was also a participant in the township’s Black Lives Matter rally in June.

“The comments were abhorrent and disgusting,” Miller said, adding later: “Someone who made these comments should not be serving on a board of education or in any public office.”

After a community member messaged Miller and showed him the screen shot, Miller contacted board of education President Tony Ayers. The two had a 20-minute phone conversation and Ayers informed Miller that Simpler would resign his seat.

“I have lived my life in a way that I respect everyone and have poured my heart out to the kids of Monroe Township for 10 years,” a portion of the post read. “I have given it all I have for our kids and have touched so many lives positive (sic) without anyone saying that I do not love kids no matter who they are … and regardless of who they are or their parents are, and I have never in my life ever been accused of or labeled that ugly R word.

“Anyone that knows me knows that I am the furthest thing from that,” the post continued. “I have lived it! I know how hurtful that word is. My family is mixed, both white and Black. We have been through it and we are a stronger family for having to live through it and I love them all the same.”

Simpler concluded the post by announcing his resignation from the board, stating, “I will not allow this district or this board to be given a black eye over an innocent way that I worded a post.”

While screen shots of both posts are still being circulated online, the posts themselves as well as Simpler’s Facebook profile appear to have been deleted. Miller said he was disappointed in Simpler’s long explanation and wished he had left a more apologetic, official statement with the board upon resigning.

In a short phone conversation with The Sun last Monday, Ayers confirmed the board received Simpler’s resignation early on the morning of July 3. Last Monday afternoon, the school district released a statement acknowledging a former board member made “very troubling public comments on social media,” though the statement did not name Simpler specifically.

District officials and the board are not commenting further on the incident.

Miller believes the incident can be seen as progress in Monroe Township and South Jersey, saying the resurgence of the Black Lives Matter movement following the death of George Floyd at the hands of Minneapolis police has encouraged people to speak up more and call out racist statements.

“I’m pleased that the community came together,” Miller remarked. “They acknowledged these comments were wrong and they took it upon themselves to contact the board of education and to contact numerous people.”

Last Wednesday, the Monroe Township Board of Education met in a long executive session as it continued its search for a new superintendent. Following the executive session, Ayers read the same statement released by the district earlier in the week. The board did not discuss Simpler or the board vacancy any further.

Miller felt the board of education handled the situation properly and added that Simpler’s comments are not what Monroe Township is about. He suggested the township and school district have an open forum to discuss racial equity on a local level and use the recent incident as a way to promote positive change.

“I think that now is the time, for the school district, for even the community, to look at our policies so we can be even more inclusive,” Miller said.

34 new cases of COVID-19 are announced in Gloucester County