Dedication to service pays off for long-time ladderman. 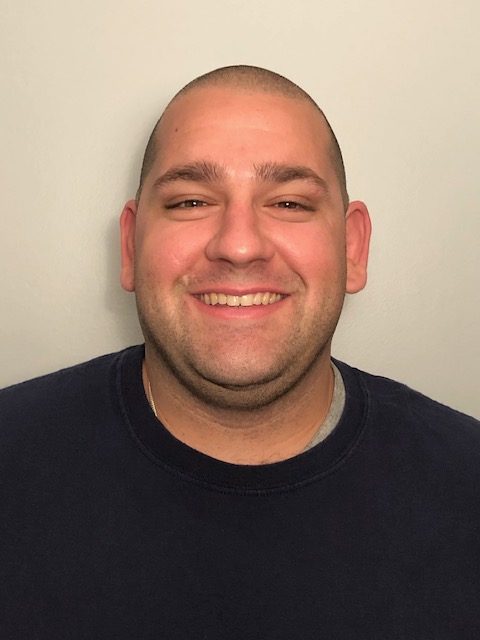 One way to ensure the place where you’ve spent your entire life is looked after properly is to choose a career path that allows you to serve the community in a lifesaving capacity.

That’s what Jesse Nickum settled on 14 years ago, when he opted to join the Cinnaminson Fire Department as a volunteer. Following the last four years as a full-time member of the township’s bravest, Nickum was selected on June 22 to join the Fire Marshal’s Office as Assistant Fire Marshal.

“I joined the fire department here as a volunteer back in 2006, out of a sense of community and service. It was just something I was comfortable with,” Nickum said in a conversation with the Sun three days after his promotion.

“I grew up here, been in this town for all of my 31 years on this Earth. I enjoy helping the people I know and that I’ve grown to know in town over the past 14 years.”

Cinnaminson Fire Chief William Kramer explained the process by which Nickum ascended to his perch.

“In order for us to enforce all codes in the township, it requires us to have two full-time people in the office, so we have a Fire Marshal and Assistant Fire Marshal,” he related. Our former head guy just left to take a position with another emergency service as a battalion chief.

While the new job carries greater responsibility, Nickum is happy to trade  in long hours as a fireman for the relative consistency of an inspector role. As Kramer further stated, the new job means Nickum will downshift from 24-hour rotations over seven days to working five days a week.

That also means more time at home, where Nickum will get more space to enjoy what summer has to offer with his wife, Troy, and their dog, Zoey. A die-hard Philadelphia sports fan, he’s itching to get back to cheering for whichever team gets back to live action first.

“I am a 4-for-4. A hockey guy at heart,” he said. “The Flyers are my team. I think they’re closest (to winning a championship) right now because of their record, but I think the Eagles are the closest in personnel. They’re just missing a few key components.”

Asked if he found any parallels between the sacrifice and teamwork required from players on a National Hockey League roster and becoming a firefighter, Nickum was well aware.

“There’s definitely a correlation between the two,” he said. “Hockey’s a team sport, just like putting together a capable fire department. Nobody can do anything in fire service without other people, from the chief on down.

“The other firefighters I work with, those guys are constantly striving to make us all better every day,” Nickum added. “You can’t be successful on the ice either, without dedication to improvement.”

A proud representative of Local 3091 International Association of Fire Fighters, Nickum also serves as shop steward for a 101-member union, having been first elected to the post last year.

“We had good candidates and Jesse rose to the top. He has a broad range of competency from his previous experience, which includes working part-time with the state fire inspector,” Kramer said in praise of his new hire.

“We’re a department that kind of does everything. All my guys are firefighters, EMTs and fire inspectors as well. Jesse has a passion for this and we’re really proud of him. The other candidates were qualified as well, but when it comes down to the little things, it all put him over the top.”

For more information on the township fire marshal, visit: http://www.cinnafire.org/fire-marshals-office/.