Kasko honored as best of the HMHS class of 2020

Valedictorian reflects on responsibility and offers wisdom to fellow grads. 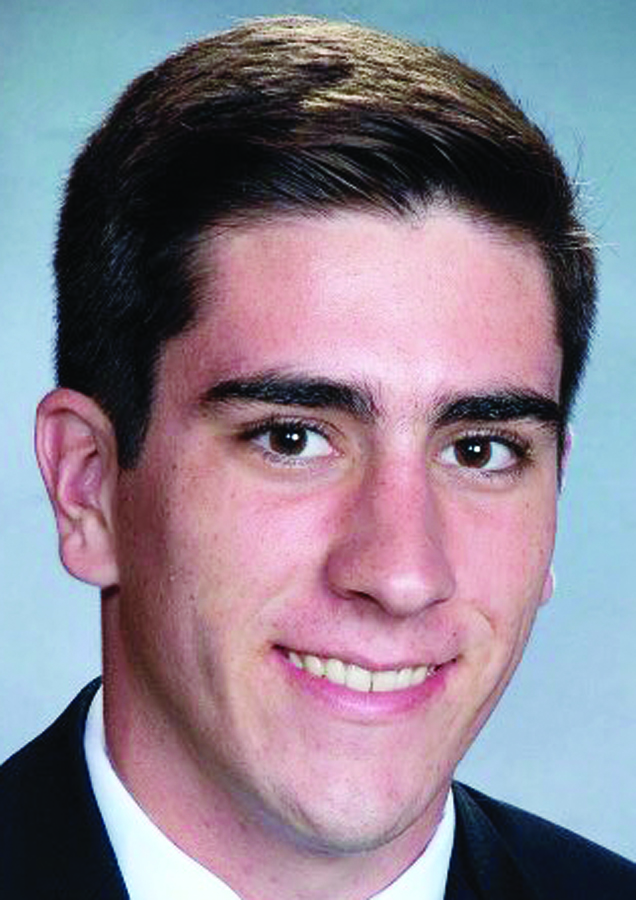 Haddonfield Memorial High School class of 2020 valedictorian Stephen Kasko is about to make the leap from the hallowed halls to the Golden Dome.

A lifelong borough resident, Kasko made his mark during his senior year as a member of the Group 2 state titleist cross country squad, was one of eight seniors (along with salutatorian Isabelle Romea) lauded as a Commended Student in the National Merit Competition, adeptly carried five AP-level course, and also served as a student representative to the board of education.

The oldest of five siblings — all boys — doesn’t plan to slow down once he sets off on the next phase of his life.

Kasko is expected to attend Notre Dame in the fall, and intends to major in biochemistry. While he’s taking a breather on his running career, he wants to continue his athletic endeavors and plans to dive head first into whatever community service opportunities he finds in his new surroundings.

Does he feel the need to take a breath and recharge before starting anew?

“Definitely. I’ve already tried to take more time for myself,” Kasko said. “As seniors, with virtual learning, we ended school pretty early, and my job as a lifeguard doesn’t start for another week. I’ll get a fresh start there and get ahead of everything happening freshman year, since I think there will be a lot going on once I start.”

Looking back on his four years in high school, Kasko realized he had to deal with more than the usual share of responsibility, and the need to set an example during that time was the main factor in his academic and personal success.

“There’s certainly a decent amount of pressure to be a role model, because you have these four brothers looking up to you,” he mused. “Pressure to be a good student, to be involved in the community and school and to be a good person in general. That’s been a thought at the front of my head during my whole time in school.”

But a ticket to success in higher levels of academia — especially a competitive environment like Notre Dame — is the ability to downshift and find quiet time among the steady stream of classroom and personal commitments. Kasko seems to have an early grip on ways to manage stress and relax like a champion.

“Even away from what I did on the team, I definitely think running is one of those things,” he  noted. “It kind of helps me relax and get away from the academic and other pressures that exist. Exercise in general — swimming, bike rides and such — has been good for me.”

The last three months of Kasko’s high school experience have been far from relaxing, having to adjust to distance learning on the fly once in-person school was cancelled due to COVID-19. While an unfortunate circumstance, he doesn’t feel that the pandemic cheated his graduating class out of anything, thanks to the work of school administrators.

“Obviously it does suck,” Kasko said bluntly. “We didn’t get to see our friends in person, or go on our senior trip, or have the senior luncheon. But we’re getting a full graduation and they’re planning on having the prom at some point, too. I’m also going to do my valedictorian speech and have that recorded for the virtual graduation.”

“I think everyone wishes it hadn’t happened, but it isn’t like we could have done anything to change that,” he added. “It taught us to take advantage of every opportunity you have and to adapt to circumstances when things aren’t going your way.”

The top student at HMHS expanded on that sage advice for the class of 2021 and the rest of the student body as they move up the ladder.

“Second, is to try and diversify yourself, explore things that aren’t in your comfort zone. This year I got involved in things like choir, which had never been my thing before. At the end of junior year and start of senior year, I found some deeper passions that I wanted to pursue, and experienced things I never could have, if I didn’t try to broaden my horizons.”

AWA 5K has something extra this year