Salutatorian for HMHS Class of 2020 reflects on adversity. 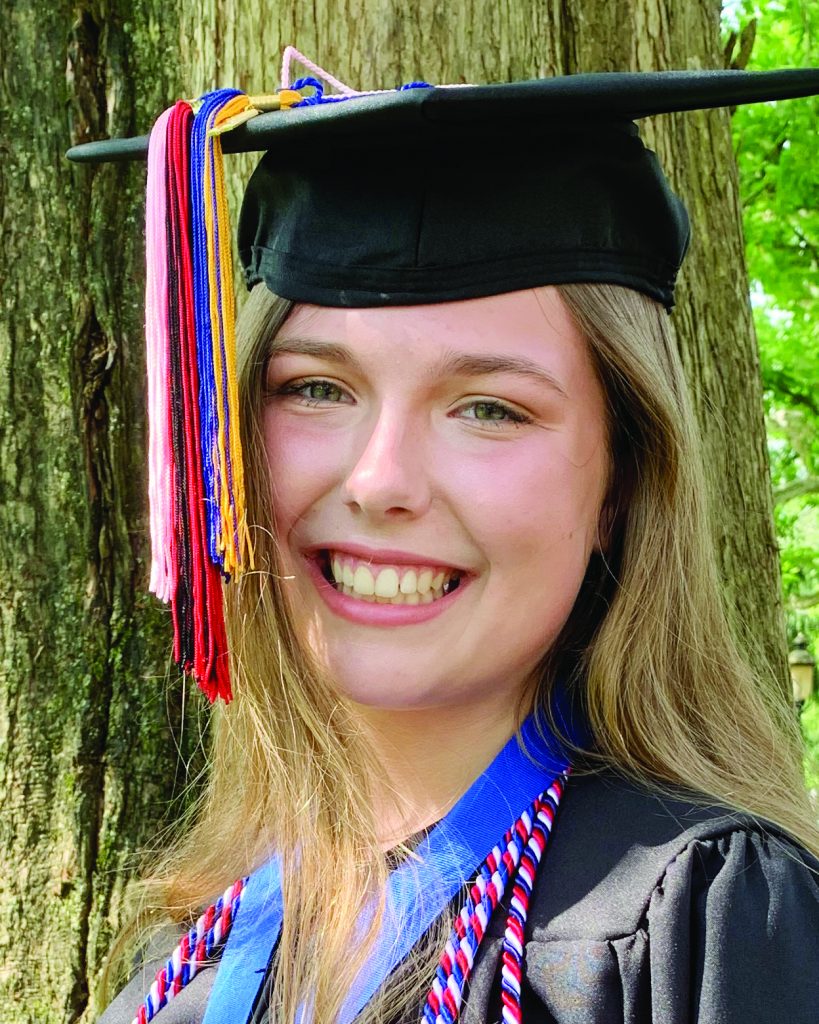 Isabelle Romea, salutatorian for the Haddonfield Memorial High School class of 2020, has plenty of fond memories to cherish as she comes to the end of her six-year educational journey in the district.

Hers is not a traditional borough tale. Romea, who lives just outside the town boundaries in Haddon Township, arrived in sixth grade as a tuition student. Despite the usual trials and tribulations of adjusting to a new environment during the middle-school years, her story has a clearly happy ending.

“It was absolutely a great experience for me,” Romea explained. “Especially since when I first came to Haddonfield, I wasn’t exactly sure it was the choice I had to make because I had to pick up and leave everything, and making new friends was difficult.

“But everyone I’ve met in my time here has been influential in my life,”  she added. “The academics here are unparalleled, the teachers’ passion for their subjects are fantastic. Without their enthusiasm, I wouldn’t have known what I wanted to do with my life. I played tennis with the Holmans and he’s (longtime head coach Jeff) been the best coach, and I had a lot of fun with all the girls on the team.”

When Romea eventually looks back at all she’s accomplished, the horizon won’t be very far. In contrast to class valedictorian Stephen Kasko, who has chosen to attend Notre Dame, Romea will begin her next chapter just across the river and on the other side of Philadelphia, at Haverford College. While certain of her planned computer science major, she’s not sure she’ll remain active in athletics.

One bit of certainty in the confusion of the last three months has been Romea’s philosophy on the way senior year will come to an end for both her and her graduating class: altered, but not ruined, by the COVID-19 pandemic.

“I think it has been very disappointing to miss out on things I’ve been looking forward to my whole life, like (the senior trip to) Disney World and prom, but at the same time, it has been a bit of a blessing to relax and spend time with family, which I hadn’t been able to do while in school,” Romea offered. “I also realize that we’re not the only ones going through this right now.”

“But, also, I think the teachers and everyone at HMHS has really tried to make this whole time as special as possible, with the virtual graduation thing and the drive-by senior gift presentation this week, and I’m really thankful for that.”

Romea was even-handed about her selection as one of the top two students in her class, and the effect that academic success has had on her future plans.

“As far as being voted salutatorian, I didn’t want to get too excited or nervous about it,” she related. “Even though it was a special thing, we know they’re going to change up the system to include more people in the future. But I still think it’s a great honor.”

Romea admitted it was difficult not to get caught up in the web of competition and status among students, but she was able to overcome any obstacles by focusing on doing the best she could academically and athletically and getting the most out of her experiences.

“Moving forward, I want to use that same passion for learning, but guard against being that kind of person who cares so much about the status of it all,” Romea continued. “I think continuing that love of learning in college will help me as much as it did in high school.”

Her advice for the next Bulldawg alumni, the rising seniors of the class of 2021, centered around being thankful for what’s in front of them, rather than dwelling on what could be.

“One of the things that I regret is complaining about going to school every day when you could be doing other things,” Romea acknowledged. “But you should remember that it’s a special thing now and how special you are that you’re the next graduating class. Celebrate it, because that’s unique.

“Cherish the times you do have and cherish everything that you do get. Remember everything, and be grateful for what you’re getting.”