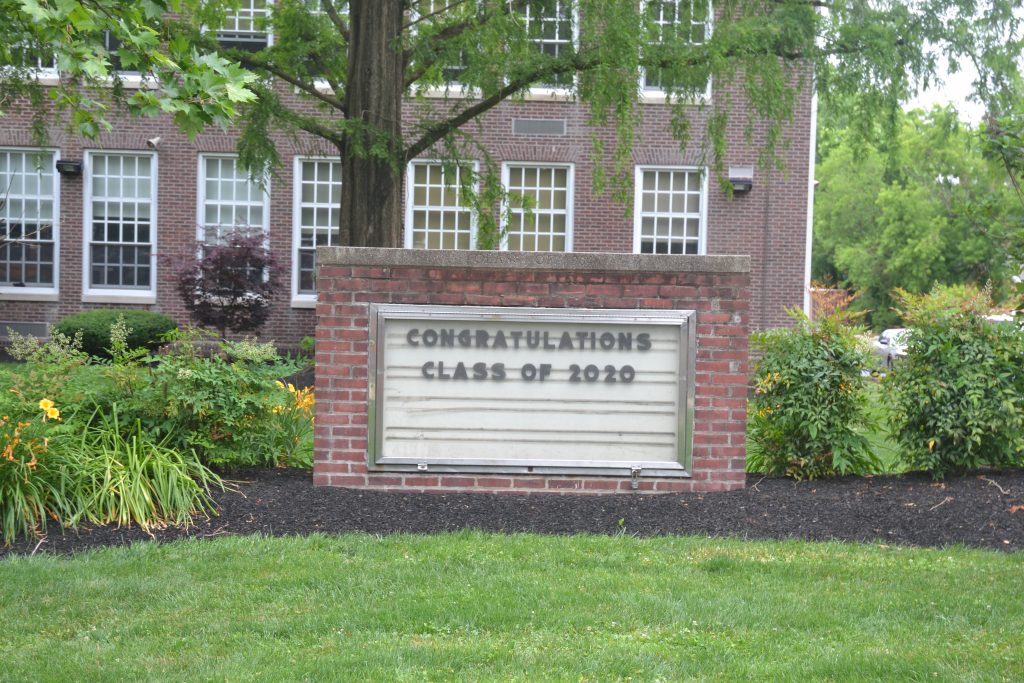 All things being equal, June 18 was to be the culmination of four years of dedication to academics, athletics, stage, screen and public service for 208 young men and women.

The Haddonfield Memorial High School class of 2020 would have been feted with a lavish outdoor ceremony on the school’s football field, cheered by family and friends, honored by their teachers and administration, sharing the moment with their peers.

But the coronavirus pandemic which swept through the country in mid-March flipped the script, and suddenly school administrators were stuck trying to figure out a way to give the newest Bulldawg alumni as normal a celebration as possible.

Starting at 9 a.m. sharp from in front of the school, a pair of busses carrying HMHS administrators, backed by a police escort, departed on their mission: to provide as many graduates as possible with tokens of appreciation and documents solidifying their achievement, adding that personal touch which was missing during the last three months of “distance learning.”

“This is all Tammy (Principal McHale)’s vision. She, along with the front office staff, Sam Wilson and Angela Marcello, they put in the work, they prepped all the boxes,” HMHS Vice Principal Dan Licata explained.

“They were fortunate enough to have a man in town, Mr. Tucker, who has a business, some kind of logistical delivery service. He was experienced in planning routes and he was the one who put this together with Tammy. It was meticulously planned, the only way we could have distributed 208 boxes within a five- or six-hour window.”

All grads would be waiting by the front door at their appointed time, and when the bus pulled up, either McHale, Licata, Dean of Students Hamist Tarrant or Athletic Director Lefty Banos would hand off the goods, pose for some pictures, and then move along.

Two brief, but intense bursts of heavy showers complicated matters during the 4.5-hour circuit, reducing the amount of interaction between all parties, and forcing these dedicated educators to get in some unexpected cardio while dashing between raindrops.

“This group of kids has learned a great lesson in resiliency and (the rain) is one more thing thrown their way. As they’re standing outside, some in their caps and gowns, the storm is kind of the cherry on top,” Licata noted. 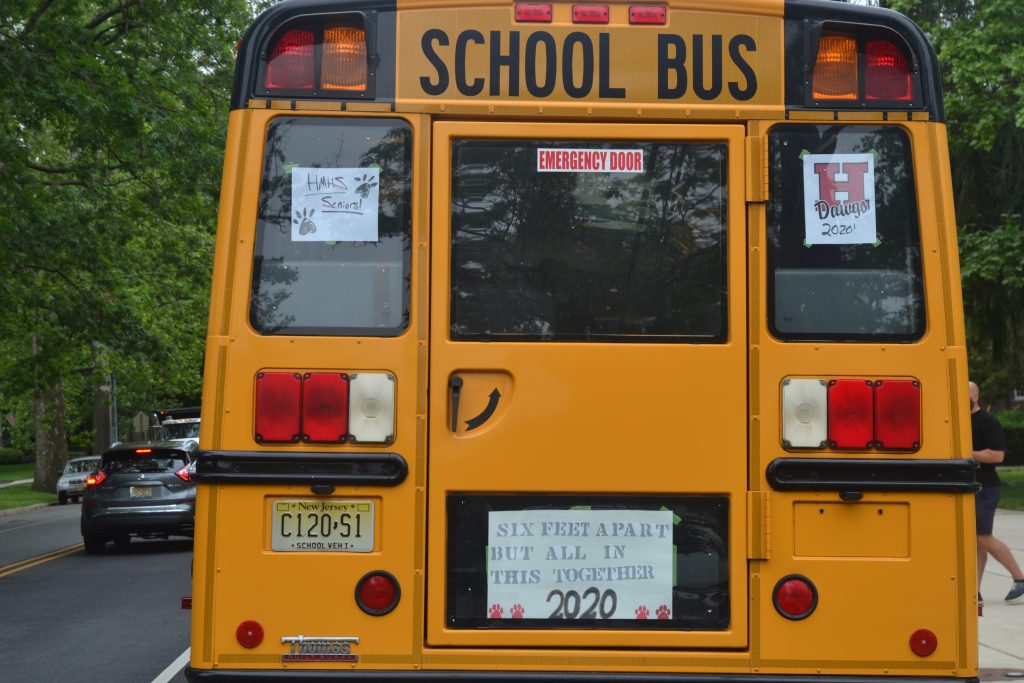 Despite the prestige of the day, the early hour of the event meant not everyone who got a knock on the door was able to join in.

“That’s the beauty of being a teenager, right? You get a little extra time to sleep in,” Licata added with a laugh.

McHale, who concluded her first year as principal, seemed energized by the day, despite some natural obstacles.

“Most of the students I talked to said they would be there if we held a July 23 live ceremony, so we’ll get together again and have it official in the stadium with everyone.”

And so, it seems that one of the contingency plans concocted by school officials might come to fruition.

“The limit (on public gatherings) is 500, so we’re hopefully going to see that increase. I do think we can set it up where students can come in, and there would be more flexibility with parents, where we could spread them out and ask them to wear their masks. I think we can make it work,” McHale noted.