Clearview Class of 2020 valedictorian passionate about being a Pioneer 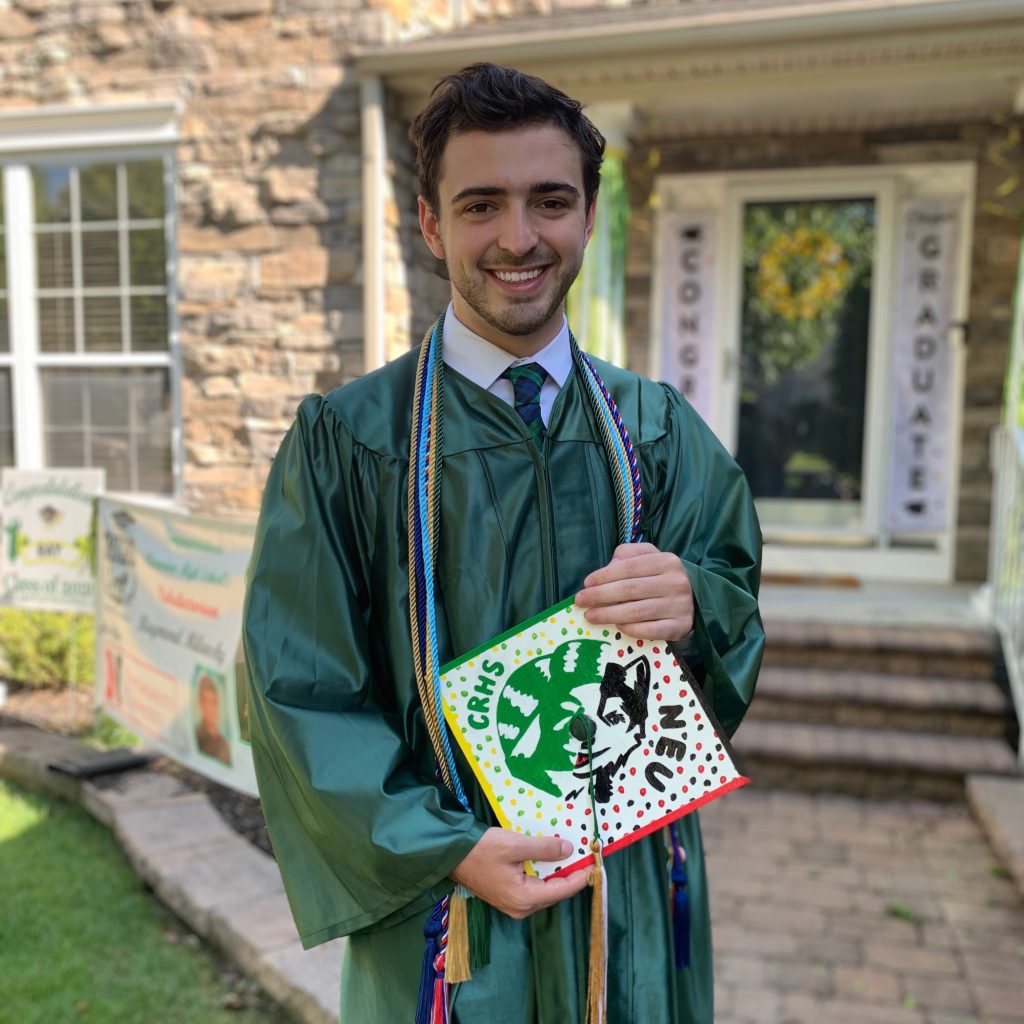 If there was a club to join or an activity to do at Clearview Regional High School, Ray Milavsky wanted to be involved.

Milavsky was a member of  no fewer than eight clubs or organizations at Clearview. In his senior year alone, he was student council president, chair of the Hoagies 4 Hope Super Bowl fundraiser, president of the Technology Student Association and ran the school’s Model UN conference.

“I need to just get out there and do something and make an impact that will last.”

Even with all of the extracurricular activities, Milavsky was able to earn one last title at the end of the school year when he was named the valedictorian for the class of 2020.

“It was actually really surprising,” Milavsky admitted. “Junior year was when I found out I moved up to first place. I was really surprised by it. I was not expecting that at all.

“I never tried to strive for it,” he later added. “In the end, it’s just a label. It’s nothing that is going to change my life radically.”

A Mantua resident, Milavsky bled the Clearview colors of green and yellow during his time at the school. In addition to a myriad of activities, he discovered a love of engineering. His favorite classes at the school were engineering and architecture courses, leading to his decision to attend Northeastern University in Boston this fall. Milavsky will major in chemical engineering.

“There’s so much ability for you to use your creativity to take on a project you want to do and solve a real world problem,” Milavsky said in describing engineering.

He tried to exude positivity and energy into everything he did at Clearview. Even though the COVID-19 pandemic forced schools  to close for good in mid-March and resulted in the cancellation of many year-end events for the senior class, Milavsky still retains plenty of happy memories from the year.

“I don’t really feel super sad about it,” he said. “There’s so many worse things going on in the world. Missing out on your senior prom isn’t the worst thing that’s going to happen.

“It’s still a disappointing moment, but we were still able to have a lot of good, unifying experiences in the early part of our senior year, and even through the efforts of our teachers and our administration, to have a semblance of unifying moments throughout remote learning.”

Milavsky’s speech for Clearview’s virtual graduation last Tuesday touched on the pandemic and how it applies to a lot of the everyday challenges graduates will face as adults. Milavsky drew upon Clearview’s Pioneer mascot for inspiration, saying graduates needed to be brave like pioneers were in order to follow their passions and achieve their goals.

“Even though (the world) has changed so much, the same lesson is still applicable even if we didn’t have this pandemic,” Milavsky noted. “There’s still the idea of the unknown and being able to march into that and not fear it.”

Milavsky added there have been a lot of unknowns over the past few months during the pandemic. But he believes the senior class was able to make plenty of good memories thanks to efforts from the community.  In the spring, the Harrison and Mantua townships came together for an “adopt a senior” program to provide the class of  2020 with gifts during the pandemic. Last Tuesday, following the broadcast of the virtual graduation, seniors were invited to drive up to the high school, where they were given “swag bags” full of gifts from businesses and parents.

“It was so nice to know that everybody really cared about us having a senior experience, Milavsky acknowledged. “It’s so generous of them. When I opened it, I was really shocked. I was not expecting it at all.

“It really is a testament to the kind of community that we live in, that we’re all like a family,” he added.

Milavsky and his classmates may be finished with high school, but their time together may not be over. With Clearview planning to hold an in-person ceremony on July 16 — following easing of restrictions by Gov. Phil Murphy —  Milavsky is hopeful he can give his valedictory address one final time, in front of his fellow classmates.