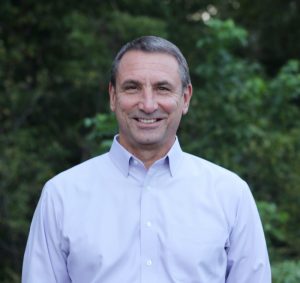 This year was going fine. My birthday is March 16, and we had planned a family gathering for the previous Saturday, March 14. Anyone else cancel a gathering that weekend? A week later, an unprecedented government-mandated stay at home order was issued in New Jersey, and the novel coronavirus was about to change our lives forever.

Handshakes and hugs were gone from our culture and seeing every person in ShopRite casually picking through the tomatoes wearing a mask became the norm. Most of us pivoted to a “working from home” and virtual meeting mode to conduct business and we did so with all the kids home from school all day. OMG! How’d that work out in your four walls?

Looking back, the fast and furious aspect of the changes we endured beginning in mid-March is mind boggling. As we now transition back to whatever the new norm will be (will handshakes and hugs ever make a full recovery?), let’s glance back for a moment.

If you were asked right now when the first case of the novel coronavirus was known to the world, what would you say? Here’s a hint: Happy New Year! As it turns out, just the opposite. On Dec. 31, 2019, the government in Wuhan, China (population over 11 million) confirmed they were treating dozens of cases of a “new virus” which they were monitoring to prevent the outbreak from becoming more severe (really?). They stated there was no evidence that the virus could be spread by humans and it had originated in an outdoor “wet market” in Wuhan.

The first death was acknowledged by China on Jan. 11 and the victim was a regular customer to that wet market. Significantly, was right before one of China’s biggest holidays, when hundreds of millions of people travel across the country and abroad. The first case in the U.S. popped up in Seattle, Wash., on Jan. 21 in man who had recently travelled to — you guessed it — Wuhan, China. Over the next week, the public sense of urgency rose in China with internal travel restrictions and the World Health Organization (W.H.O.) finally declared the virus a global health emergency on Jan. 30.

The next day, the U.S. banned entry from any foreign national who had travelled to China in the previous 14 days. What we didn’t know then was that from Jan. 1 to 23, more than 5 million people had flown out of the Wuhan airport to foreign countries, and New York City was one of the primary destinations. Other than the official naming of the virus on Feb. 11, the next several weeks were quiet. By the way, COVID-19 is an acronym for “coronavirus disease 2019,” as named by the W.H.O.

By late February, spikes in the outbreak all throughout Europe occurred. The first week of March saw the U.S. ramping up its testing/treatment capabilities and restricting travel regulations. That all led to the mid-March stop in our lives.

To date, the virus has sickened more than 8 million people in 177 countries, killing more than 440,000 of them. There can be debate about how things evolved and how they were addressed. Politicians and pundits will do that, so have at it. But one aspect of any solution should be clear: Close every wet market on the planet, yesterday!