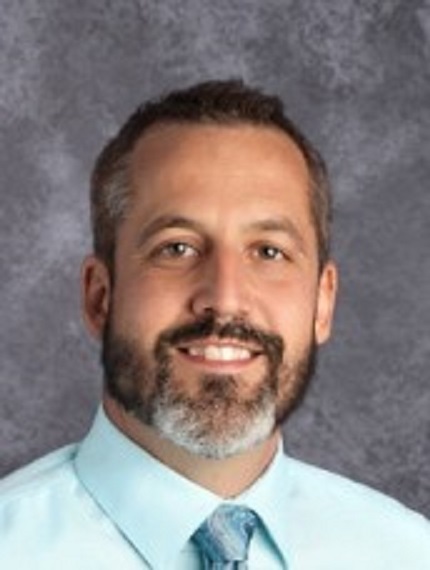 Mantua Township School District will have a familiar face as its next superintendent.

At its meeting last Monday, the township board of education approved Robert Miles, principal of the district’s J. Mason Tomlin School, as its next superintendent.

Miles will take over the position on Aug. 1. Current superintendent Robert Fisicaro will resign, effective July 31, to take a new position as superintendent of the Haddon Township School District.

“It’s an honor to have been embraced by the whole community,” Miles said. “I’m very grateful for the trust that the board has placed on me.”

Miles has worked in Mantua for the past five years, after nearly a decade at Kingsway Regional Middle School. He was a seventh grade math teacher there and later became the school’s vice principal for two years. In July of 2015, Miles started his tenure as principal of J. Mason Tomlin..

“I had a desire to lead young people, to be a role model in the lives of young people,” Miles said about why he wanted to get into education.

“We have a wonderful culture,” Miles said. “We have teachers who go above and beyond on a consistent basis. We have parents who are very invested in the well-being of our children. And we have a board of education who is so incredibly supported.

“I invested a lot of my time, energy and emotion in the district and began to see what this district was about,” Miles added about his first year in Mantua. “I felt embraced, but I embraced the school district as well.”

When Fisicaro announced his resignation on April 9, Miles saw an opportunity to have a positive impact on an even bigger scale in Mantua, even though he loved his position as a building principal.

“You really can impact people for good,” Miles explained. “We’re all called to maximize our impact, no matter what arena that’s in.”

“I did talk to (Fisicaro) about the position,” Miles said about his conversations with the outgoing superintendent during the interview process. “He shared a lot of insights with me over the years. Watching him lead the district and being able to lead the school myself really piqued my interest in the position.”

During his interviews, Miles wanted to answer every question candidly and honestly, saying he wanted the school board to know exactly what type of superintendent he would be if he was hired. The board announced Miles as its final candidate for the position in late May.

“It was very exciting, but it was also very humbling,” Miles said. “There’s a seriousness to the task that awaits me.”

The board decided to also hire internally for Miles’ former position. Chantelle Shorter, current vice president at Tomlin School, will be the school’s new principal in the 2020-2021 school year.

“It is a blessing to work in such a wonderful district with a great team,” Shorter said at last week’s board meeting. “I’m looking forward to continuing to grow in the Mantua Township School District.”

Fisicaro complimented the board of education on the new administrative hires and believes the district will be in good hands moving ahead.

“I do wholeheartedly believe that if this team stays together a few years from now … the team will be stronger,” Fisicaro said. “I think it’s going to be outstanding.”

Miles believes Fisicaro has done a great job during his tenure in Mantua and believes the district can take greater steps forward in the years ahead.

“I truly believe that we can build upon what we’ve already accomplished and move the ball down the field even further,” Miles said. “I really think we can advance even further as a district.

“I want this school district to be the best in New Jersey.”