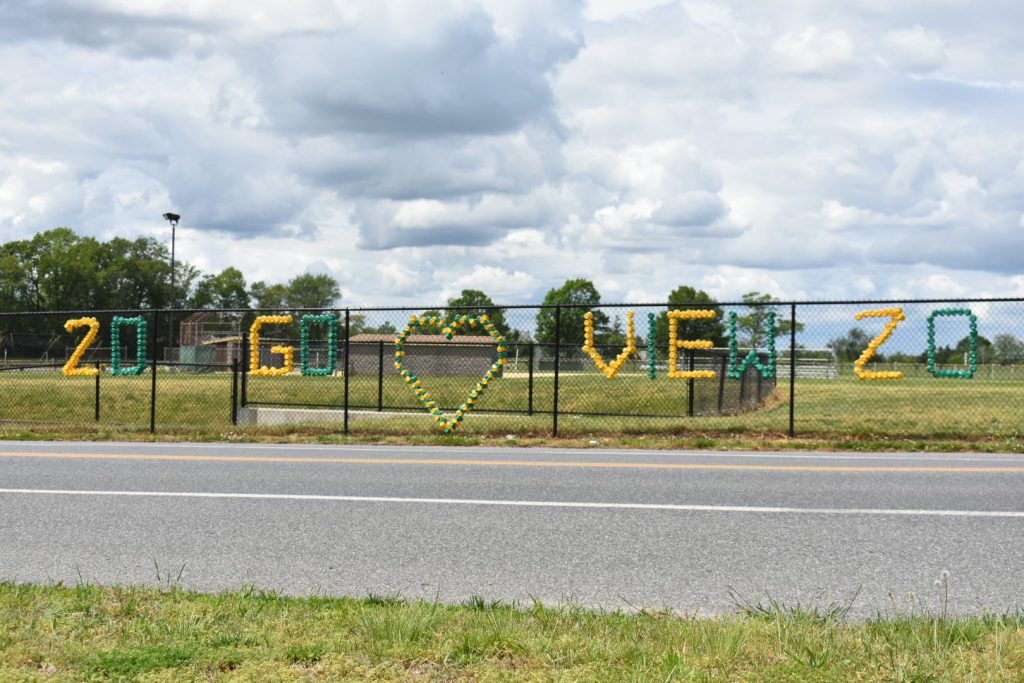 After weeks of holding out hope for an in-person graduation this summer, the Clearview Regional High School Class of 2020 now has a date to look forward to.

One day after Gov. Phil Murphy gave high schools the green light to hold in-person ceremonies beginning on July 6, Superintendent John Horchak announced Clearview’s new graduation date. At last Wednesday’s board of education meeting, Horchak said the high school plans to hold graduation on Thursday, July 16, with a rain date of Friday, July 17. Plans are to hold the ceremony at the football stadium.

“We are, in some capacity, going to have an on-the-field graduation,” Horchak said during a statement at the beginning of the meeting.

Details on the ceremony will be released shortly after the high school receives guidance from the New Jersey Department of Education. Horchak said the district expected to receive guidelines by the end of last week. Those guidelines would dictate social distancing regulations, including how many people could attend the ceremony and the structure of the event.

The district is hopeful the guidelines will allow the entire senior class to graduate in one ceremony. Horchak believes the high school can follow all of the department of education’s guidance while still holding an event worthy of the graduating class.

“We are confident that we can overcome the barriers in order to conduct a graduation in our stadium,” Horchak said.

Clearview joined other school districts in Gloucester County in May to draft a letter to state officials requesting permission to host in-person graduations while abiding by guidelines from the Centers for Disease Control and Prevention. In an email sent to The Sun prior to Murphy’s announcement, Horchak said the district has discussed multiple scenarios for an in-person ceremony at its stadium. All of the district’s plans involve following guidance from health officials and working collaboratively with the Harrison Township Police Department, the Gloucester County Office of Emergency Management and the Gloucester County Prosecutor’s Office.

Once the district receives guidelines from the state, Clearview seniors and their families will receive detailed information about the ceremony.

Following Horchak’s announcement, the Clearview Regional Board of Education unanimously approved all of the items on its agenda. Among the resolutions was the approval of a new food services management contract for the 2020-2021 school year with Nutri-Serve Food Management Inc., for a flat management fee of $59,062.50. According to the resolution, the payment amount can be suspended and later reduced if schools are closed for more than three consecutive days due to an emergency declaration from the state.

The district also renewed three advertisement agreements for school buses and the gym wall for next school year. Inspira Health will pay the district $25,507.30 for advertisements, while Century Bank will pay $1,813.50 for bus advertising and $2,249 for an advertisement in the gym.

A small change to the current school year calendar regarding a teacher in-service day was also approved . An in-service day previously scheduled for April 23 will be held on a staggered basis on June 17, 18 and 19. The change does not affect students in the Clearview district. The last day of instruction for students is scheduled for Tuesday, June 16.

Prior to the meeting, a moment of silence was held for former Clearview high school office staff member Carole Allen, who passed away on May 18 at the age of 74. An employee at Clearview for more than 30 years, Allen retired from her position last year.

The next Clearview Regional Board of Education meeting is scheduled for Thursday, June 18.