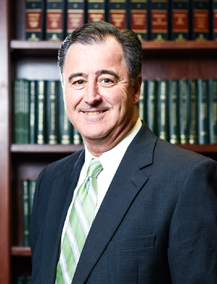 Voorhees Township is again joining thousands of municipalities across the country in recognizing Friday, June 5, as National Gun Violence Awareness Day. It is a day to wear orange to honor and in memory of all of the victims and survivors of gun violence and to recognize that more must be done to reduce gun violence. Too many Americans are affected by gun violence, even during the COVID-19 crisis

Every day in America, an average of 300 men, women and children are shot, nearly one-third of them fatally. After car accidents, gun violence is the leading cause of death of people under the age of 20. On average, two kids under the age of 14 are killed each week in accidental shootings. Since 1968, more individuals have died from guns in the United States than have died on the battlefields of all the wars in the history of the United States. In 2019 there were 417 mass shooting incidents and there were at least 130 incidents of gunfire on school grounds, resulting in 33 deaths and 77 injuries

Gun Violence Awareness Day is not an anti-gun or pro-gun movement. In our country, we have the right to bear arms, but we also have the responsibility to bear arms safely. Support for the Second Amendment rights of law-abiding citizens goes hand-in-hand with keeping guns away from dangerous people. This day is about recognizing that there is a gun violence problem in our country and more can be done to save lives from gun violence.

The idea of National Gun Violence Awareness Day was inspired following the death of Hadiya Pendleton, a teenager who was shot and killed on January 29, 2013 in Chicago just one week after she performed with her high school marching band at President Barack Obama’s second inauguration. Her friends and classmates chose to commemorate her life by wearing orange because hunters wear orange in the woods to protect themselves and others from gunfire and orange is the color that symbolizes the value of human life.

Voorhees Township emergency responders will be wearing orange ribbons on Friday, June 5 to show support in the effort to reduce gun violence and encourage responsible gun ownership. Designating a day to bring attention to the issue of gun violence honors the thousands of Americans who are victims of gun violence every year.

** The American Red Cross is holding a blood drive on Friday, June 5 from 2 to 7p.m.
at the William G. Rohrer Fitness Center Virtua Voorhees Campus at 2309 Evesham Road Donations are by appointment only. To schedule, visit redcrossblood.org or call 800-733-2767. Be a hero and donate.

** Due to COVID-19, kindergarten registration for the 2020-2021 school year will not be in person and will take place on-line. Any child who will turn five years of age on or before October 1, 2020 is eligible for kindergarten admission in September 2020. You must complete the pre-registration application at https://genesis.voorhees.k12.us/genesis/openReg. A staff member will contact you for additional information after the pre-registration is complete. For more information, visit https://www.voorhees.k12.nj.us. 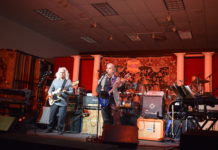