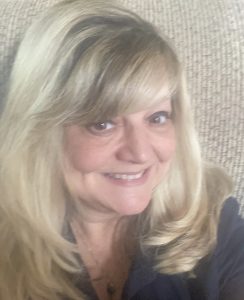 The Washington Township Board of Education has approved the appointment of Theresa Pietrowski as principal at Chestnut Ridge Middle School effective September 1. Pietrowski replaces former principal Jim Barnes, who is retiring from the position after 20 years in the leadership role and 25 years in the district.

“Theresa Pietrowski has been an outstanding administrator in the district for nearly 20 years at both the high school and middle school levels,” Superintendent of Schools Joe Bollendorf said. “Her strong educational leadership skills, combined with her passion for learning and love of our students, make her the perfect choice as the next principal at Chestnut Ridge Middle School. CRMS has a history of long-tenured principals since its opening in 1989. Maria Carpenter was followed by Jim Barnes, who will now be followed by Theresa Pietrowski as the third person to serve as principal of the school. We have no doubt that Mrs. Pietrowski will continue the fine tradition of excellence that Chestnut Ridge is known for, while etching her own personal and unique mark on the fabric of the school.”

“I am very excited to join the Chestnut Ridge Middle School family,” Pietrowski said. “I am looking forward to working side by side with the staff, students, and families to foster the already outstanding academic and social-emotional environment unique to Chestnut Ridge Middle School.  Together, we will strive to create a positive learning community where our students will build strong intellectual capacities and social-emotional skills needed for successful futures and for memorable middle school experiences.”

Pietrowski moves into a building-level administrative post following four years as the Middle School Executive Assistant Principal. In this capacity, Pietrowski handled a variety of responsibilities across the district’s three middle schools, including: assisting with interviews and selection of professional and non-certified staff; coordinating co-curricular activities and supervisors for grades six to eight; assisting and overseeing assemblies/special programs; coordinating the observation and evaluation of staff; assisting with coordination of PTO activities and school/community relations; assisting with development and implementation of the master schedule; and assisting with supervision of the entire middle school academic program.

She served as the district’s Anti-Bullying Coordinator since July 2019 and is co-founder (along with District Director of School Counseling Jennifer Grimaldi) of the district’s new Building Better People initiative.

She previously served as the Executive Assistant Principal at Washington Township High School after serving as an assistant principal in the school’s 9/10 wing.

A 1991 graduate of Rowan University with a degree in elementary education and psychology, Pietrowski holds a master’s degree in educational administration from Seton Hall University. She served as principal of St. Cecilia School in Pennsauken from July 2000 to December 2002 and taught special education and language arts at Saint Matthew Regional School in West Deptford from January 1992 through June of 2000. Pietrowski is a 2009 honoree of the National Association of Professional Women and a former Knights of Columbus Southern New Jersey Principal of the Year (2002). She is a past recipient of the Gloucester County Education Association Friends in Education Award and the Jefferson Outstanding Community Service Award.