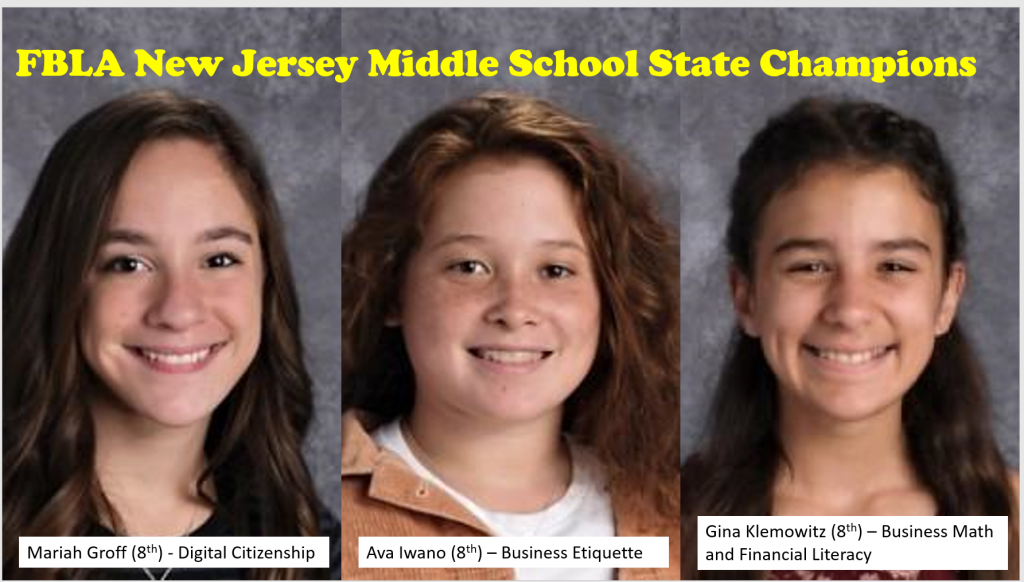 “This is our third year of FBLA competition for Bunker Hill,” McEntee said. “This year, we expanded to include sixth and seventh graders, and I am overwhelmed at their success, especially considering their age and inexperience.  I am so happy to have them again for a year or two more of competition.  Competing in FBLA is not easy. It takes a lot of work on the part of the competitor to prepare and study, but we have proven once again that our Bulldogs have what it takes to be the best New Jersey has to offer.  We are looking forward to competing in nationals virtually at the end of June.”

The following is the list of BHMS’ top finishers with their state placement in parenthesis: