Two months ago, Kendal Coldren and a dozen or so other Delran High School seniors were running around Epcot Center in Disney World carefree, wearing Hawaiian shirts just because they could. They were having the time of their lives, on their own, enjoying life and their final year together as classmates.

“We would never do that in school,” Coldren said of the Hawaiian shirt pact. “We wouldn’t be caught dead doing that in real life. But, let’s do it (here).”

Later in the week, the same group was soaked after coming off a water rapid ride at Universal Studios when they retrieved their phones from lockers nearby and found out their worlds were about to be turned upside down. Every single student got a notification that, for at least the next month, schools would be closed due to the COVID-19 pandemic.

“That was Friday and we flew home Saturday night,” Coldren recalled. “We flew home and never saw each other again.”

Coldren is among the hundreds of high school seniors in South Jersey who have had to spend their final three-and-a-half months of school at home. They’re missing out on prom, graduation ceremonies, the spring sports season and saying goodbye to teachers and friends they’ve grown up with in town.

But Coldren has a healthy perspective on adjusting during a pandemic.

“Right now, everyone is like, it’s such a bummer, missing out on prom and graduation, all these things that seem big now but in the long run seem superficial,” Coldren said of how she’ll look back on this spring in 10 years. “Honestly I think I’ll look back and say, ‘Ok, what did I learn and how did I grow? How did I get through it?’ Because being a teenager sitting at home when the weather is nice and everything is beautiful, it’s hard, but it’s not going to be the hardest thing I’m going to go through in my life. Ultimately there are more important things than me going to prom, you know.”

Coldren laughed. But she made a valid point, and very eloquently, too. Perhaps that shouldn’t be surprising as Coldren, one of the most decorated students in Delran’s Class of 2020, was honored this winter with The Frank Baldachino Essay Scholarship Award by the Directors of Athletics Association of New Jersey.

In order to qualify for the scholarship, with each applicant writing about how high school athletics impacted their lives, students had to have, among other things, participated in at least two sports for two years and have  achieved at least two of the following three academic standards: a minimum of a B+ average, a rank in the top 25 percent of their class, and a ACT score of 24 or SAT score of 1500.

Coldren, who competed in track and field, soccer, and basketball for the Bears, excelled in the classroom: She was ranked fifth in a class of 219 students this winter.

“Kendal Coldren is an exceptional student, athlete, and productive member of the Delran community,” Delran High School Athletic Director Anthony Guidotti said. “She takes on leadership roles, is always looking for ways to improve herself academically and is a constant learner and problem solver within our community.”

In addition to her academic and athletic prowess, Coldren was on the executive board of the student council, a member of the National Honor Society, a peer leader and a NJSIAA student ambassador. Coldren, who hoped to make states this spring in the javelin for the Bears track and field team, gave up basketball this winter and added two new activities: She worked on the stage crew for the school musical and joined the unified bowling team.

“It’s partnered with the Special Olympics,” Coldren said of the latter. “It’s a bowling team with full able-bodied students and with disabled students. And there aren’t any bumpers or ramps, it’s just everyone getting together, being together, and having fun.”

When Coldren returns to school it will be at the University of Vermont, where she will major in health sciences, with a focus on prosthetics and orthotics. But before she moves north, Coldren is appreciating her high school journey rather than bemoaning a spring when nearly every senior event has been canceled.

She’s thankful for her track coach, Christopher Wolf, who was positive and motivating: “He believed in me no matter what.”

She’s grateful for former AP chemistry teacher Siobhan McVeigh, whom she called a “second mom” always there for every student.

“She’d not only do everything you needed from her but she also never made you feel less than if you didn’t understand something …” Coldren said. “She was always so open.”

And the senior was also appreciative of Katie Turse, her AP language and composition teacher from junior year.

“She was always a big ball of energy; she was so happy every single day,” Coldren said. “I had her first period, and to walk in and no matter what happened the day before or the previous night or how you’re morning went, it started off so happy and so positive.”

“By the skin of our teeth, we made it through,” she said.

Sure Coldren wishes she could celebrate her final two months at school with friends and classmates. But the four-year journey was always going to be more memorable than the June, 2020 destination.

“My time at Delran has definitely helped me become who I am, to open that door and explore all of the different opportunities, to have so many conversations with people and the things that I’ve learned, it’s all shaped me into who I am today,” she said.

“And I’m really thankful and grateful for every person who impacted me over those four years and all of the years before (in Delran schools).” 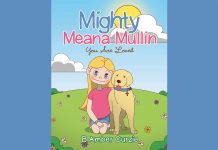