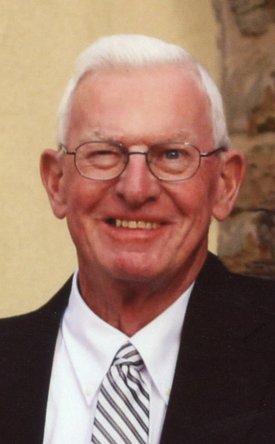 Robert J. Morgan of Marlton and formerly of Haddonfield, passed away on May 12, at the age of 81.

Born in Scranton, Robert attended Scranton Preparatory High School and then University of Scranton, where he graduated in 1961 with a degree in Electrical Engineering. He started his career at RCA in Camden, ultimately joining their operations in Moorestown, where he continued his career as they became General Electric, Martin Marietta, and ultimately Lockheed Martin. He retired in 2000, but returned as a contractor for another 15 years.

In his early career with RCA, Robert was instrumental in forming a Data Management organization supporting a major U.S. Navy defense program. He managed the organization as the Data Manager until his retirement. To many, he was simply known as R. J. Morgan because this is how he signed the letters that accompanied documentation.

Outside of work, Robert was an avid bowler participating in multiple company bowling leagues for over 30 years. Upon his retirement he also took up golf and enjoyed playing whenever he was able. When younger, he always had time to participate in his children’s sport activities, including coaching their teams. Later in life, he enjoyed spending time with his grandchildren.

In lieu of flowers, donations in memory of Robert may be made to either The Special Olympics (https://www.specialolympics.org/get-involved/donate) or to The Ronald McDonald House Charities (https://www.philarmh.org/donate/).

Due to COVID-19 restrictions, a Memorial Mass for Robert will be scheduled at a later date.  Please refer to www.kainmurphy.com for updated information.